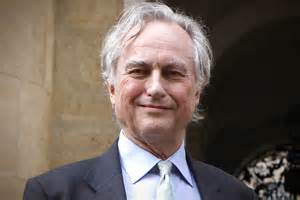 Richard Dawkins
Look at that strident, harsh, militant, (some say sexist), angry, not “nice” enough atheist depicted above there, willya? His overblown tactics that just show no respect for people’s religious beliefs must certainly be little more than ineffective and turn off so many of the religious among us who might otherwise give secularism, non-belief a fair hearing.
His incredible, obnoxious stridency just backfires, undoubtedly right?
Wrong.
Not So.
Incorrect.
Oh hell, that doesn’t quite say what I’m feeling…hmmm.
I gotta go with my Jewish Uncle Lewis on this one:

Here’s a recent reprint of a letter, one of thousands Dawkins has received over the years that makes the exact opposite case to those who think he and many of us secularists oughta be nicer to be effective:

“We recently received a letter from a young man in Indiana and, with his permission, we are sharing his story with you.
Dear Professor Dawkins,
I don’t expect this letter to personally reach you, as I’m sure you and your Foundation must receive hundreds daily, but on the off chance it does I want to say thank you.

How truly thankful I am cannot be adequately expressed in words. I have been brought up in a Christian family, but I am gay. For years – from the time I was 9 or 10 – I spent many endless nights awake crying and praying for me to be changed so I wouldn’t go to hell. Then till I was about 16 or 17, for a while I still believed, but I forced myself to just not think about it. However, thanks to primarily the countless YouTube videos of you and Mr. Hitchens (who I’m so sad to have departed from us before I could thank him as I do you now), I was introduced to the light of science and reason (of which your book The God Delusion and Hitchens’ God is Not Great helped much with also).

You helped me – now a young man of 18 – to not be sad at who I am anymore, and to not be afraid to question and learn anymore. Now, as I head off to college, I could not feel any more at peace with myself than I do now, and you, sir, are one of (if not the most) important factors that have made this so.
Your Fellow Atheist,
Bric Butler
We receive many letters like Bric’s from people who found Richard through the foundation’s YouTube videos. Through social media and YouTube, we are reaching millions of young people like Bric, and helping them break free of their religiously imposed self-loathing.”
‘Nuff said.

I’ve blogged a number of times on how I utterly disagree with those who feel we must be “nice” when discussing religion, most recently when I weighed in on the side of Lawrence Krauss calling the teaching of Creationism to children “child abuse”.

Religious people being people, deserve respect. Their retarded ideas however, that they were most often indoctrinated into as a child and thereafter coerced into maintaining, do not.
Dawkins and Krauss, and Harris and Hitch and many others in this movement I contend have been most effective by telling it like it is. Dawkins Convert’s Corner is full of testimonies like the one above. And I personally have spoken with a number of non-believers for whom Dawkins unbridled honesty in the “God Delusion” was as powerful as it was for Mr. Butler.

Spot on.
And so is calling teaching Creationism to children child abuse.
Dead-nuts, fucking spot on.
In fact any indoctrination into utterly false and all too often repressive religious claims like Mr. Butler and billions like him around the world have endured is child abuse.
It’s why we write.