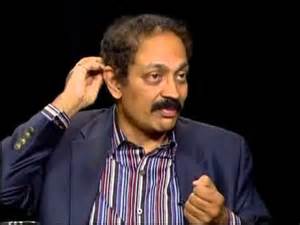 In a lecture delivered in Glasgow in 2012 Ramachandran includes a number of descriptions and explanations of rare and striking neurological conditions in his talk:

The entire video is worth watching but at 59:20, he describes the rubber hand illusion which can alter our subjective experience of our own bodies, i.e., the feelings we have, the perceptual experiences we undergo that philosophers have termed “qualia”. Some philosophers insist we can never in principle explain qualia in neurological terms and reduction to neuronal processes as these feelings we have are somehow different and no material process can ever capture them.

Well, sometimes I think, it is just old ideas that don’t let go. We aren’t always aware of it but some ideas just feel right and then we use labyrinths of logical argument, that have no empirical basis, to buttress that feeling. I’m not proposing any sort of Freudian unconscious psychodynamic process of course. I personally have no use for Freud and all his elaborate and imaginative speculations describing the seething sexual dungeon of base animal desires our hidden psyches contain and must restrain. No, after nearly 100 years of psychological investigation absolutely no evidence has been found for Freud’s ramblings, the symptoms of which modern neuroscience has explained rather well.
Ramachandran is one of the best purveyors of the modern non-Freudian, non psychiatric view from neuropsychology and cognitive neuroscience. An excellent short example of this can be found in his 2007 TED talk.

What am I talking about is old ideas like the soul which stretch back to ancient times with the Egyptians, Hebrews, Greeks, Hindus and Buddhists, 3,000 years or more, that there must be some energy that contains our intellect and personality that survives the death of the brain and is the non-material essence of what we are. I think that idea ensconced and vociferously maintained in most religions today seeps into philosophical musings of consciousness with more than a few philosophers who deny that the empirical investigations of neurology will ever explain how consciousness and our conscious subjective experience of the world comes about. The claim that even if we delineate in detail the neurological processes that occur and appear to mediate our consciousness and qualia, those neurological states and processes will merely be “neural correlates,” occurrences which merely go long with, or appear whenever we experience a conscious state or feel or sense something, but they arent “it”. The feeling of all religions and many philosophers is there must be more to it, we will never reduce consciousness and qualia to mere material processes. There must be something more. Vague terms like spiritual energy or essences are used by the religions, the philosophers make vague handwavings and propose nothing more concrete.

Despite modern neuroscience demonstrating how we can manipulate consciousness through anesthetics, hallucinogens, and mood altering drugs and how we can stimulate various parts of the brain and produce thoughts and sensations it is so easy to fall back on old ideas and proclaim that something else, something nonmaterial must be involved. It cant just be the brain even though 3,000 years of wishful thinking nonwithstanding, there has been no evidence of any soul, any essence existing beyond the death of any one of the 100 plus billion “souls” who have ever lived.

When you are dead, you’re dead. The unique collections of neuronal wiring in you brain wired partially by your unique developmental trajectory of personal experiences, your intellect, personality, personal memories, your feelings and facts all disappear when your brain stops functioning. There is no evidence supporting any other hypothesis than this one.

Well now, using the rubber hand illusion technique which Rama recounts in the video above, we can even change a normal, neurologically intact person’s subjective experience of where the feelings in their own hand originate in extrapersonal space.
Within minutes one can feel the stroking of their own hidden hand to move and be located in a rubber hand or even the table top superimposed upon their non-visible hand. It is quite extraordinary and shows the complex interplay of tactile and visual brain systems which construct our body map. Just like consciousness we can alter the qualia of your own body sense, as strikingly as any of the many visual illusions we have known for decades. So once again, is it mere coincidence that consciousness and even qualia can be altered through manipulation of brain systems while alive and utterly disappear when a brain stops operating?

There is no soul. Consciousness and qualia will most likely be reduced to neurological processes as we investigate further. I say “no” regarding soul as there has been no evidence forthcoming in thousands of years and that old idea needs to be discarded. If one day we should find some evidence, we could and should bring it back.
In contrast, I say “most likely” regarding consciousness and qualia as the systematic empirical investigation of the brain is but 150 years old, and is improving exponentially as we speak in imaging and invasive techniques, so the jury could be said to be still out on those, but it appears most likely that reduction of those “mysteries” to neurological process could happen in the foreseeable future.
Anyone who claims “in principle” that reduction of consciousness and qualia cannot and will not ever be done is ignorant of the empirical advances and is operating with old unproven and primitive explanations…and is also more than a bit arrogant in thinking just thinking about it they can decide ahead of time what empirical investigation can or cant discover. Wish I was that smart. Not really. No-one is. But some philosophers think they are.
Old ideas die hard, especially when we have philosophers and theologians around.