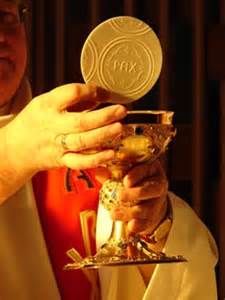 The wafer and wine turn into the actual body and blood of Christ. So say the Catholics, naysay the Protestants. Is it just a metaphor as the Protestants claim and the wine and wafer do not turn into Christ’s real flesh and blood. Here’s what the Catholic’s claim. From the Cathoic Bible 101 website:

“Transubstantiation is the daily miracle of the Holy Catholic Church, whereby ordinary bread and wine become the body and blood, soul, and divinity of Jesus Christ during Holy Mass. Transubstantiation means the substance part of the bread and wine elements changes; but the accidental parts–sight, taste, smell, touch–do not. Catholics believe that since Jesus said it and He is God, he can do it. They believe! “Transubstantiation” merely labels it. This term was coined in the 1200’s, but the reality of the change of substance from ordinary bread and wine into the body, blood, soul, and divinity of Jesus Christ was believed by the apostles and their successors from the day of the Last Supper to the present.” 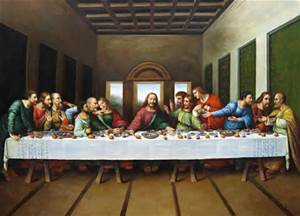 And from the wiki on Transubstantiation:
“Transubstantiation (in Latin, transsubstantiatio, in Greek μετουσίωσις metousiosis) is, according to the teaching of the Catholic Church, the change by which the bread and the wine used in the sacrament of the Eucharist become, not merely as a sign or a figure, but also in actual reality the body and blood of Christ. The Catholic Church teaches that the substance, or reality, of the bread is changed into that of the body of Christ and the substance of the wine into that of his blood, while all that is accessible to the senses (the outward appearances – species in Latin) remains unchanged.”

So there you have it!

Though it still appears to us mere mortals, humbled before god’s presence that we are yet eating a real cracker and drinking red wine, we are actually consuming the real blood, the real flesh of Christ as it has changed in substance, our senses (just vision and taste, real Catholics dare not touch) simply cant detect the actual change in substance.
So, lets say at the moment the priest consecrated the host and sacrificial wine, we whipped out our microscope, chromatograph, chemical analysis reagents, mass spec. Bring all of our modern science techniques to bear on this undetectable substance change, the mere mortal cannot see.
We would not see nor detect the components of red wine like the normal sugars and proteins and such:

A sugar in red wine, anthocyanin. 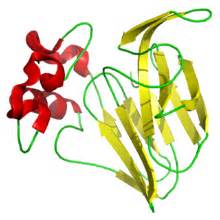 Instead, we would see red corpuscles and the plasma proteins of Christ’s real live (dead?) blood: 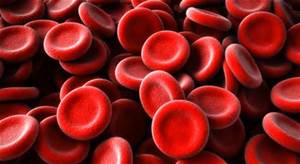 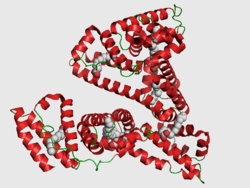 Or maybe since JC’s blood is pushing 2,000 years old his corpuscles might look a little wrinkled and dried up like these sickle cells, huh?

The absurdity of it all makes your hair stand on end doesnt it?

And as a Catholic, you are proud of teaching your children this bullshit as eternal, unquestionable truth? Does anyone wonder why Catholicism is losing adherents in droves? Along with the Church’s archaic stances on abortion, birth control, divorce, women’s rights and homosexuality should anyone be surprised if the educated youth of today don’t buy this delusion taught as truth either, and are abandoning Holy Mother Church and her misogynistic good ole boy minions by the thousands, millions?

Ken Miller, the respected biologist and staunch defender of evolution, to whom we secularists owe a great debt to for testifying against Creationism and Intelligent Design and for his widely respected biology textbooks, is also a self-proclaimed believing Catholic…I wonder what he would say we would see? I doubt he’d bite on proclaiming we would find 2,000 year old plasma and corpuscles. Or a divine version of same, maybe all aglow? He knows goddam well (pun intended) that we would still detect only the proteins and sugars and other constituents of red wine.
Did the substance REALLY change if even our best scientific tools wouldn’t detect it? Would Dr.Miller cop out that it was a purely a spiritual change, that its all just a metaphor and of course nothing REALLY changes as the Protestants have said all along?

I don’t have much respect for Pope Frank for lots of other more dangerous reasons, (we will be blogging on that extensively later) and for promoting this delusion (among others: virgin birth, infallibility, etc.) to a billion or so people and trying to spread it far and wide to millions more eliminates any respect I may have salvaged for him.

Delusions aren’t good for anybody. And it ain’t a metaphor either, just bullshit.
We can outgrow this stuff. And maybe we are.
end religion now.