Lawrence Krauss, never one to pull punches, is on the offensive. In this pointed speech at the recent NonCon Conference, in Kitchener (just outside Toronto), Ontario, Canada (The Great White North,eh?) Krauss questions the logic of his fellow scientists who rightly examine all empirical claims unmercifully, yet back off and ask secularists like Krauss to be “nice” and not offend the religious by attacking their claims with equal rigor.
Although New York City born, Krauss spent his childhood in Toronto, hence the accent.
As keynote speaker for Non-Con’s first secular meeting, Krauss laid out the agenda for the continued secular advance, and in so doing, he really put this new Canadian secular conference on the map.

From the Non-Con website:
“The Non-Conference is Ontario’s largest annual conference that is specifically geared for non-believers, non-theists, the “nones”, atheists, agnostics, humanists, freethinkers, materialists, rationalists, secularists, pantheists, skeptics, empiricists, naturalists, friendly theists…well, you get the idea. The Non-Conference got its start in Toronto. We had a hugely successful event recently in Kitchener. Now look forward to NonCon2016 in beautiful Niagara Falls.”

Krauss’ colleagues berate him for alienating the religious, and suggest he should back off and not expose religious absurdities so directly.
His reply: “Absolutely not!”
Furthermore, the attack on religious claims is inevitable, as:
“Like it or not, science is an atheistic enterprise…and… God is irrelevant…” when doing science.

Science not only ignores religion, in the investigation and discovery of the world we find ourselves in,
Krauss, also states plainly in addition, what we all know:
“Science does draw people away from religion. To deny that is to deny reality.”

He then goes on to discuss how scientists and science organizations tend not to attack blatantly religious and empirically wrong ideas or legislation, such as the funding of Planned Parenthood, or the attempts to add provisions to Obamacare to pay for religious “healing” services, i.e. prayer.
Krauss asks, why is it only or predominantly the atheist, secular organizations that speak out on these issues, and not his fellow scientists?

Taking another tack, Krauss displays a few of the hundreds (thousands?), of emails he receives (as does Dawkins, Harris and many others) from former believers, who were liberated by Krauss’s writings and speeches on science, and critical of religion.
This is why we all speak-up, it is why I write, and Krauss reminds us this is the main reason we challenge religious ideas, to free others from the tyranny of religious thought.

He concludes with a perspective piece on science and our place in the universe. It is a great ending and an excellent stand-alone bit of science lecture.

But I’ll give Krauss the last word on this post, with this statement given just before he began the science talk: 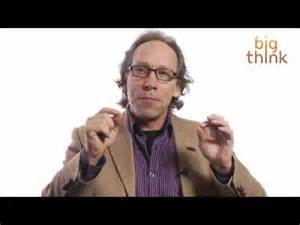 “If science has done anything, it is to liberate humanity from the shackles of superstition and forced ignorance”
Thank you, sir.