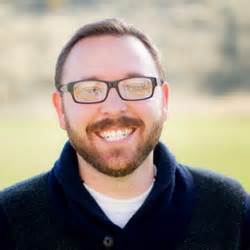 He started it. Threw down the gauntlet, he did. And I’ll gladly pick it up and take the challenge to respond to his boneheaded claims and impressively obnoxious display of arrogance. I don’t care that he disses atheists, we can take it. It is his abject certainty that he is undoubtedly SO RIGHT, no-one or nothing could refute him. That is what is appalling, like Wow.
So Pastor Rick Henderson published a piece in Huffington Post yesterday: “Why There Is No Such Thing as a Good Atheist”

To start straight off with an asshole statement like that is just breathtaking.
Go for it Rick, step on your dick with both feet. And whether he meant it in the purely moral sense that he attempts to explicate in his essay or it was intentionally meant to provoke: implying that us Unbelieving Scum™ are just that, scum, just can’t be good, either way he’s wrong from the gitgo.
Study a little sociology like Phil Zuckerman‘s “Society without God” and see how good most of the non-believing inhabitants of Northern Europe are. 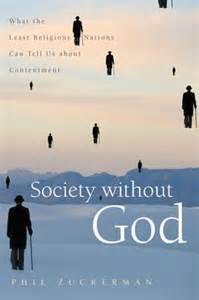 Or read about someone like Bertrand Russell who despite his disbelief won a Noble Prize in Literature in recognition of his varied and significant writings in which he championed humanitarian ideals. Not bad for a fucking atheist, huh? Or Bill Gates another nonbeliever who just cant be good giving half his wealth to charity. Just go out and get to know a few non-believers and you will find some pretty good people, some damn good ones even. Most of us are just regular folks, not famous, not special, but nice common folks, we’re your neighbors, law abiding citizens, generous, kind, polite, full of the same normal human empathy that believing folks have. We are as good as anyone else.
So Rick’s wrong from the start. And everyone knows it. Most believers know at least a few non-believers so they can vouch for us too. What a prick. But then he’s a pastor. He’s been trained he has the truth already in his book and has no need of facts.
So his provocative title fails in that respect and so lets take a look at his reasoning that he is so sure just cannot be refuted:
At the very beginning of his HuffPo article he does get it right that most atheists are also scientific materialists as well and don’t buy supernatural wishful thinking explanations of the world as we find it. So far so good. Additionally he suggests most of us feel the universe appears rather indifferent to us and there is no cosmic consciousness guiding it somehow. An accurate portrayal, A-OK once again.
However, after quoting a few nonbelievers on that indifference and lack of meaning we find in the universe, he skips the next part where most of us also feel our lives, all our lives, all human lives are not without meaning at all and that as humans, as members of this species, we bring meaning to our lives in our interactions with others, in our pursuit of knowledge, in raising our kids, in helping our fellow man, in making the world a better place for us all. But he has to skip that part of course, because “there is no such thing as a good atheist“, remember?
Then he really goes off the rails. He rightly posits that atheists feel that our sense of morality is an evolved trait. But then he does his own “just so story” worthy of the worst misuse of evolutionary psychology ever, and decides that: wait for it…
RAPE MUST BE MORAL for atheists. You heard it right, atheists have to believe rape is moral.
Yup, the only way our moral sense could have evolved is to include that rape was adaptive, made us more fit and therefore it is also moral. Got that? Only way, un-refutable, unassailable logic according to the mighty Pastor Rick. AND get this: Killing mentally handicapped kids or torturing diseased children must have been adaptive too and therefore just as moral for atheists as rape. Oh my. 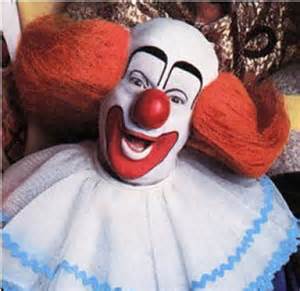 The rape claim was worth one Bozo. Ludicrous, but he at least he tried to make the argument. But the adaptiveness of “torturing diseased children“??? Where the fuck did that come from? What sort of sick mind even thinks of that? We’ve just been Re-Bozoed. It is a truly rare event:

Worthy of another salute to the mighty mind, the staggering intellect of Pastor Rick!!
This is what happens when ministers attempt to do science and conjure up how human evolution MUST have gone down. And because he can’t think of any other way it must have happened, then that must be what atheists logically conclude, he has got to be right. As he warns all comers from the beginning:
“I contend that any response you make will prove my case… the deck is stacked, the odds are in my favor.” Some spectacular ego, huh?

Well, Rick, rape may not be all that adaptive, and it certainly isn’t moral for anyone despite your twisted logic and evolving humans fantasy spiel.
Most people, believers and non-believers alike, find it reprehensible. Nobody wants their mom or sister raped. And like slavery, we have since the Enlightenment been extending our moral sense beyond our immediate family. Most folks nowadays don’t wish rape on anybody.
If the good pastor studied a little human evolution, a little animal behavior, some anthropology, some real evolutionary biology (instead of the bullshit he made up), he might get a different perspective having been appraised of some factual data from those disciplines.
It looks like maybe pair-bonding, male and female pairing to raise human children together may have been adaptive, prolly not rape, sorry Rick. Humans have the longest childhood of any species. The pre-adolescent body is immature in musculature and reproductive capability and the adolescent brain isnt done with development until late adolescence, young adult hood. Couple this with the fact that the human infant is the most helpless of critters. Most other primates like our chimp cousins are fully adult in a third the time as humans, and are developed in their motor systems enough to clamber around right after birth. So as with most animals the male isnt involved much in the child rearing. Human infants can’t make a full fist for the first six months and cant support their weight until after their first year and even then its sketchy, they don’t call them toddlers for nothing. Pair bonding is very common in species where it takes two to raise the offspring. Humans are consistent pair bonders, and despite a little cheating, we stay paired or pair up again. It is universal and sanctioned the world over in cultural practices of marriage. Especially in hunter-gatherer settings two are really necessary to raise children and successfully propagate your genes. Outcomes of single motherhood children in difficult conditions are not good. Running around raping might not have done much for the species. So this unprecedented long childhood may have required pair bonding, male and female consistent commitment and long term raising of children to get this big brained child to maturity and teach it to survive in the human cognitive niche.
Pair bonding and marriage is the norm for producing offspring in humans, not rape.
Rape might not have been so adaptive to spread your genes around for another reason: human females are the only primate that has concealed estrus. You don’t know when she is fertile. 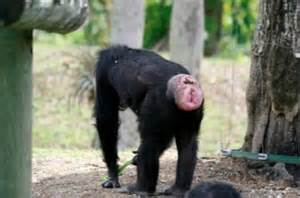 When a polygamous male chimp copulates with a number of females during mating season, which is often coerced, he knows she is fertile. Her swellings of estrus are an unmistakable sign. You could say rape might be adaptive for chimps, spread your seed and split whether she wants it or not. Chance of pregnancy couldn’t be higher. Raping human females might not be such an adaptive strategy as you have only a small chance that any forced copulation might result in a pregnancy.
Pair bonding and regular copulation throughout the woman’s cycle, which is absolutely unprecedented in any other animal, keeps the two together, helps insure paternity and mediates the family unit that Xians like Rick are so ga-ga over. Yeah that evolved too. Long before the Adam and Eve story was written. Sorry. pal.
There is a vast literature in evolutionary psychology and anthropology on rape as well and there is no consensus on the adaptiveness of rape in humans.
I doubt if Pastor Rick’s armchair musings have settled the score.

And remember nonbelievers find rape to be as immoral as anyone else. So sorry Rick. You have proved nothing beyond your ego is a big as your propensity to make asshole statements.
The rest of the piece is so muddle headed that maybe I’ll save it for another time. Maybe not. I got better things to do.

So without fanfare, need for consultation or rumination, Pastor Rick, bro, you win the prize hands down: DB of the year. 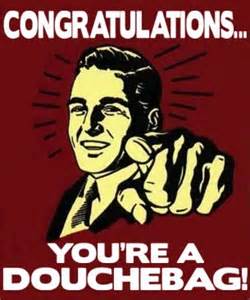