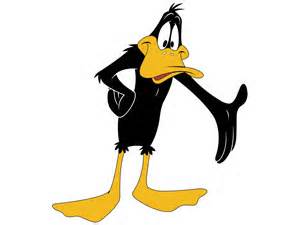 “Sufferin’ Succotash, what did I say wrong?” I chose this image of Daffy Duck because he appears confused, maybe not apologetic, but more like “What’s all the flap about?” And I wont assume Phil Robertson of Duck Dynasty’s ultimate intention or motivation for his homophobic comments, but I suspect he is as surprised as the rest of us the huge discussion it caused all over the media, especially social media like Facebook. And I have only one thing to say about it:
GOOD!
FUCKING GOOD!!
DAMN GOOD!!!
ALLGOOD!!!!!!

Those of you that know me personally or from this blog, already know I don’t agree with him at all, but I couldn’t be more pleased at the immensity of the flap it caused… and the ensuing discussion. Fuck yes!
If he’d said this just a few years ago (think back when you first got an FB account, or started Tweeting, what have you) his comments would have been covered on the Nitely News that evening, they would have earned an editorial or two in the NY Times maybe a day or so later, maybe by that weekend… and then the story would have died.
Instead it took on a life of its own for the better part of this past week. I got involved in 3 different FB discussions and could have jumped in a few more. And I’m not particularly well connected social media wise, I only FB and hit it roughly every other day or so, have just 127 friends, which is beyond minimal nowadays, don’t Tweet, etc. I don’t watch TV and only skim the Yahoo News headlines when I open my browser and that’s about it. So despite my very low level media perusing, the Robertson Duck Dynasty flap couldn’t be missed. And I wasn’t gonna comment on it, but one of my regular readers here suggested I do so and I realized I’d written enough for a post just in FB exchanges alone.
I have never seen Duck Dynasty, I doubt I ever will and have no idea nor opinion as to the personal character of this Robertson fella, he could be a swell guy for all I know.

But I live in KY and I cant help see him and his family every time I walk into Walmart.
Unfuckingbelievable!! These guys are a marketing phenomenon. And I imagine if I hit a Walmart back home in North IL or probably anywhere north of the Ohio River the bearded Camo Clan wouldn’t be quite so fucking everywhere! Either way, I sure ain’t worried about him ever being short of cash if he loses a few bucks over a few lost episodes of Duck Dynasty.
And I hadn’t read the GQ article until today, only what everyone said on FB and his Wiki.
Here’s the link to an ABC NEWS article that reports rather nastier comments he evidently made in a video sometime back and the GQ article.

So maybe he’s not such a swell guy, but I’ll give him the benefit of the doubt here and I’ll go with the assumption that in the Conservative Xian circles he appears to dwell in, what he said is pretty mainstream, its not fringe, its not extreme, and I had to remind my liberal Xian friends on FB:
HE DIDN’T MAKE THIS STUFF UP, ITS ALL RIGHT THERE IN YOUR BIBLE.
He’s not just a random homophobe who decided all the things he said must be true, he was taught them as part of his Xian conversion and subsequent adult life. He evidently attends a Church of Christ in Louisiana so no big surprise where he got his rather pointed attitudes from. And I’m sure in driving the GQ interviewer around his woods and waters, his home, very much in his element and being 67 years old his filter wasn’t working so pretty good and he let fly.
And like Daffy Duck up there at the top of this post, maybe he’s just as surprised over the consternation, as in his world, the Conservative Xian cocoon, the fact that homosexual behavior is unnatural, an abomination to god, disgusting, and a sin, is just common knowledge, a given AND utterly unquestioned, in fact unquestionable as IT IS THE WORD OF GOD. 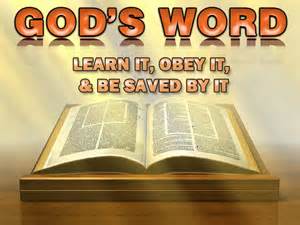 So much of the Facebook exchanges I got in on were mostly liberal Xians who either don’t condemn gay folks, even support gay marriage. A few had the semi-liberal “Hate the Sin Love the Sinner” bullshit going and a few you could tell were right there with Phil, but ALL of the Xians; the conservative minority or the more liberal majority were upset to varying degrees over the issue of “free speech”, that Phil got suspended by A&E for his religious views and that this was indicative of the gays and non-believers being able to say whatever they want in our modern liberal culture, but good God-fearing Xians can’t even speak up with their beliefs anymore.
Of course I had a few things to say about it all. A few excerpts:

1) … you are free to say whatever you want in the public sphere, but if you wish to spew inanities about others behaviors being sinful because of your repressive religious beliefs you will get challenged nowadays. People are free to discuss and argue, the dialogue is good. Religious folks seem to have a hard time if they denigrate someone else and then get argued with. If some gay guy said Robertson was sinner cuz he hunted ducks, or shouldn’t be allowed the same practices as everyone else because he hunted ducks, I’d respond against that bullshit too. Get used to it. Hiding behind religion for justification of 2,000 year old primitive opinions about human behaviors based in whatever Bible verse you choose not to ignore will get challenged every time nowadays. That’s what free speech is all about.
and
2) … When you call people sinners and when you try to restrict their behaviors because of some religious justification you will get argued with nowadays. Religion no longer gets a free pass. If that is disturbing like I said get used to it.
and
3) So here’s an FB entry from a street preacher I am FB friends with, we disagree regularly but always say hi when we see each other, no animosity though, we disagree pretty strongly. Here’s his take on the Phil Robertson flap:
“If you claim to be a christian but don’t support Phil Robertson’s comments on homosexuality which is biblical, YOU ARE NOT A CHRISTIAN and in danger of hell apart from God for eternity. Those that truly in Christ loves what he loves and hates what he hates including their own sin. Psalms97:10”
I know an awful lot of my Xian friends are quite liberal and will be going to hell along with me according to this guy. To us non-believers this is as silly as it gets, as unfounded as Robertson’s picking and choosing.
and
4) ….yes, but that is the problem; he emphasizes this passage, Robertson another one, you another, another Xian will emphasize another and claim as you just did that you know better, like he did, than everyone else what god really intended. Read theology; it goes on for centuries like this… and there is no way to decide who is right. This is what religious thought does to people. And if you were born someplace else you’d be reading from another book, of the main religion of that part of the world, that culture. Maybe that street preacher is right, homosexuality is that big an offense to god that you can’t brush it off. It surely was in the OT, and Paul in Romans 1 and other verses isn’t any softer on it, that’s for sure. US nonbelievers would like you all to ignore that nasty little book. Get to know some gay folks, read the science and all this ridiculous and repressive homophobia disappears.
and lastly:
5) … They all pick and choose, don’t kid yourself. Even the most diehard Bible literalist doesn’t stone adulterers on the edge of town or think animal sacrifice is effective. The most devout Baptist doesn’t pray for their car to start, they call a mechanic. NONE of them really believes in the Bible in total literally, they all discard lots of verses, just some more than others. The history of Xianity is nothing but jettisoning one verse after another as we become a more enlightened species. The secular world drags religion kicking and screaming into the modern era with every generation since the Enlightenment. And the New Enlightenment is accelerating that lag time to 1/2 to 1/4 a generation.

My liberal Xian friends are often blind to the fact that, THE BIBLE IS THE PROBLEM:
“It’s the verses, stupid!”
So I’m glad, excited, happy about the whole flap. Thank you Uncle Phil!
We want every Conservative Xian to shoot their mouth off like you did and so many Republican politicians have over the last few years and like my “street preacher” FB buddy just did as well.
Us secularists want every retarded, repressive, unfounded, thing you have been taught from that shitty little book brought front and center every day of the week. And we want this FB discussion to let fly and the liberal Xians to have to confront the horrible stuff that goes on daily all over the world due to people believing in those 2,000 year old cruel and archaic pronouncements from that particularly unenlightened culture and time.
Bring it on.
The members of the more Conservative elements of the “Religion of Love” aren’t out to celebrate the world and the people in it, they are usually pissed off about something, about somebody’s behavior not conforming to whats in their Book. They sure ain’t real happy about it. Hell, Phil’s got more money than most of us will ever see, and given his very meager upbringings where he learned to hunt and prepare his own foods, live off the land, he’s come light years. He oughta have nothing to bitch about at this point in his 67 years.
If Xiansanity™ hadn’t taught him to hate gays, why he might have a lot less to bitch about.
Wanna die-nasty? Join one of the Conservative denominations of the religion of love.
They’re just so happy: