” the New York Times, NBC News, ABC, CBS and CNN – “the enemy of the American People.”
Trumps latest Tweet.
He missed the Associated Press, I guess. Prolly not enough room in the Tweet. The AP folks have been as critical as any other long respected news source in correcting the constant stream of blatantly “fake news” emanating from Mr. Trump and his band of of alternative fact producers in the White House. (I refuse to place the word “President” in front of his name).

Most folks in the US still get their news from the big 3 TV networks and their local newspaper that use AP stories and other longstanding news outlets for their content. Despite White House prevarications to the contrary, most people yet have confidence in the press and appreciate that that they are getting good info.
While Trump and his staff’s confabulations continue unabated, the press here in the US and worldwide, call him and his minions out on their absurd claims, which just pisses him off even further. So now even mainstream outlets; NBC, ABC, and CBS are enemies of the people, huh? Not just CNN and the “leftist” NY Times and Washington Post. Even the network news outlets are targets for his irrational wrath and condemnation.

Trump’s continued employment of Steven Bannon as assistant to the president, with Bannon’s recent admonition to the press to just “shut up and pay attention” is enough to demonstrate Trump and his team have no respect for the Constitution. The first time I read that comment by this White House chief adviser, I thought;
“Just who the hell do you think you are?”

Bannon’s and Trump’s aspirations for dictator-like status are obvious, and in direct opposition to the Democratic principles upon which this country exists, as enshrined in the 1st Amendment clause preserving “freedom of the press.” 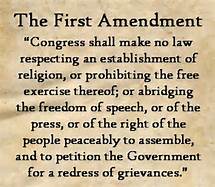 Like I said:“Just who the hell do you think you are?”

Sen John McCain has had enough:
He reminds us that this authoritarian stance is exactly how dictators get started. Silencing of the free press, railing at any questioning, stifling any opposition is so diametrically opposed to US democracy that it is obvious Mr. Trump and his team need to be removed as soon as possible. Their ideology has no business in a free democracy. Senator McCain took one for the team during the presidential campaign, supporting his party’s chosen candidate even after Trump incomprehensibly dissed McCain’s military service to this country, incredibly denigrating McCain’s 5 years of interment and unbelievable endurance of torture, by claiming he didn’t like guys that got captured. How any veteran could ever vote for this miserable excuse for a human being after that disrespect for a US serviceperson is beyond me. Then in true Trump style, Mr. Trump doubled down by dissing a Gold Star family (the Kahn’s) and their son’s ultimate sacrifice given while protecting his soldiers in the line of duty. And Trump expects to be respected as “Commander in Chief”?

Not by me. Nor should anyone else. Not my President, either.

McCain let it slide but finally withdrew his support for Trump after his piggish comments on women were revealed. Now, McCain has come forward as the most vocal Republican critic of the Trump administration. The uproar should build over his disregard of 1st Amendment freedoms until a way to remove him from office by impeachment, or invoking the 25th amendment occurs, whichever comes first. Trump is not going to change and has already gone too far, showing he is unfit for the office.

I can dig Trump hates Rachel Maddow, and Bill Maher, the NY and LA Times, and the Washington Post…but CBS News? Really? And NBC and ABC are “enemies of the people” as well? What sort of belligerent tyrant says this? Trump, the aging, angry, conman occupying the White House (during the week at least) with the psychopathological ego, that’s who.

Even Fox News, the bastion of far right, conservative, Trump-praising spin has had its share of news-people including Megyn Kelly, Chris Wallace, and Shepard Smith… stand up to his blatant lying, denigration of women and minorities, and now his absurd, egomaniacal attacks on the entire free press.

This asshole is unhinged and he’s only going to get worse. Whenever he has spewed his abject lies and has been called out on them, his response has always been to double down.
He was sworn in to uphold the Constitution. He has failed that.

Impeach Trump now, or remove him by the 25th Amendment for being mentally incompetent to uphold the Constitution.