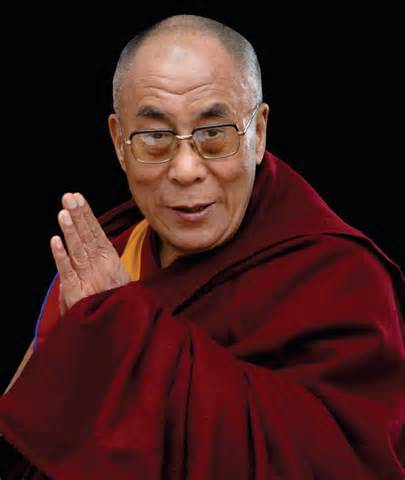 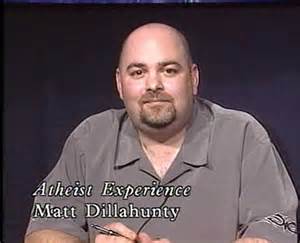 If you haven’t seen or heard of Matt Dillahunty of the “Atheist Experience” on Austin TX public cable TV, do check him out at his website.

For a quick intro to his experience and thinking, check out this interview on debating Xians and the whole secular education movement that was recently posted on Richard Dawkins’ site.

Do check him out he’s a real asset to the secular community.

No, I didn’t forget about about the Lama.
One of my FaceBook pals sent me this quote from the Dalai that was supposed to demonstrate to me just how enlightened he really was, although I had already pointed that out in my post that in his recent books, he’d denied the “power or prayer” most clearly and also readily expressed that religion is wholly unnecessary for a person to live morally:

“If scientific analysis were conclusively to demonstrate certain claims in Buddhism to be false, then we must accept the findings of science and abandon those claims.” – Dalai Lama XIV

Despite 3,000 years of wishful thinking by the world religions, and equally voluminous speculations by the worlds philosophers and theologians, scientific analysis has shown that there is absolutely no evidence, not an shred of support for the hypothesis of a soul or reincarnation. The Lama can’t abide by his own words. He can with the “power of prayer” (he admits that’s bullshit) or that “one needs religion to be moral” (he says outright that’s bullshit), but I fully understand why he must cling to the equally disproven and absurd Buddhist claims about the soul and reincarnation. He HAS to, he must compartmentalize, he is in too deep, way too deep, WAY deeper then the average believer of any religion:
He’s the 14t reincarnation of the Lama himself…
So I dig he’ll never let go of those howlers, but let’s expose them for being as unfounded and delusional as the “power of prayer” or “morality being exclusive to religion so no-one else gets bullshitted and believes this nonsense…”cuz he’s such a swell guy!”

I’ll let Matt have the final word:
“Having spent the majority of my life compartmentalizing my religious beliefs to keep them safe from skepticism, it’s thrilling to leave the critical, investigative, hungry portion of my brain turned “on”. While my own pursuit of knowledge is a powerful driving force in my life, I’d also like to prevent others from wasting another day on irrational beliefs. (emphasis mine) Education is the key… and if my work manages to educate even one person, I’m satisfied.”

“… from wasting another day on irrational beliefs…”
Couldn’t have been stated better by anyone.
Thanks Matt!

That’s why I went after the Good Dalai’s ridiculous beliefs about the soul and reincarnation, good guy or not by his own words they are irrational absurd claims.
And here I was gonna give Gyatso 2 or 3 Bozo’s for that stuff, but being that he is such a swell guy he just gets one:

He knows better, but he’s way in over his head like most of us could never imagine.
If you believe in souls and reincarnation and heaven or hell… you’ve been Bozo’d too.

One thought on “Matt Dillahunty and the Dalai Lama”