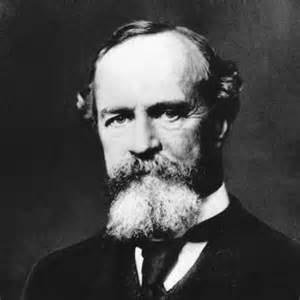 William James… didn’t look like a firebrand, a revolutionary. James, one of the early pioneers of American psychology whose heyday was the late 1800’s didn’t appear to be much of an offending kinda guy. Looks like the mild-mannered bookish academic type, and he was a Harvard professor, publisher of one of the first textbooks in Psychology who did important work in philosophy as well. Suffering from a number of lifelong ailments, he was also given to serious bouts of depression. From his profile he hardly seems to have been an “in your face” offensive sort of person.
Yet one incident in his life really stands out in that regard.

He had the balls, the 24 karat chutzpah, to bring a WOMAN into his Harvard psychology class, to admit a woman into graduate studies.
This was late 19th century America.
Education wasted on a woman? Ridiculous. Barefoot and pregnant and subservient to her husband just as St. Paul said. A woman’s place was in the home, raising children. A complete waste of money to provide education to a woman. And an insult. And against the Bible. That was the norm back then. That was the thinking.
So James had the audacity to bring a female into class… and the other 12 male grad students promptly walked out.

I tell my students now just how much times have changed.
Today 120 years later, roughly 65% of the PhD’s awarded in Psychology are to women.

What if James had said to himself: “no that’s too controversial” or “some people will be really offended and just shut me out if I do something as drastic as admit a woman to a grad program, so I better not.”
What if he and the other more noted champions of equality for women, like Elizabeth Cady Stanton and others had caved in to the idea that they like James were just being too radical, too challenging of their cultures long held “truths” and were offending people’s religious based beliefs and should just stop?

And they were offending religious based beliefs.
The main source of all misogyny in America then and across the world today is religion. 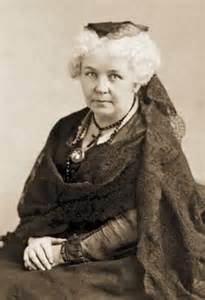 Elizabeth Cady Stanton.
Cady Stanton could not have been clearer in observing that the main roadblock to women’s rights, the most vehement opposition, was from the clergy:
“The bible and the church have been the greatest stumbling block in the way of women’s emancipation.”

What if James and Cady Stanton had listened to that sort of advice, that kind of reprimand I’ve heard myself which has been oft-repeated of late in different atheist-bashing articles:

“You will just offend and lose the very audience of whom you are trying to change their minds.”

“Attacking their religious beliefs is just offensive, you should stop it.”

“You should be nice, and more respectful of their beliefs… even if they are wrong and hurting someone.”

Really?
How does society change peacefully without challenge of ideas? How did James get the ball rolling in Psychology to become an equal opportunity course of study and career path for women but by challenging entrenched cultural beliefs? And yes, beliefs that were predominantly if not solely upheld by religion, Xianity in particular. And challenging those ideas really pissed a lot of people off.

And consider the fact that are far as women’s rights, and slavery, and later civil rights, and nowadays homosexuals, and women’s rights still today and let’s not forget science denial: the religious and their ideas are and were just plain WRONG.
Are we supposed to cave in to repression, absurdities, and outright cruelties solely because it is part and parcel of someone’s religious belief?
Repression can be exposed, ridiculed, protested, and attacked so long as it does not have a religious justification behind it? Religion gets a free pass?

Recently, a particularly lame call for just this sort of “hands off” treatment has been offered up in the form of a “challenge” to us Unbelieving Scum by a contributor to SALON magazine, one Steve Neumann, Cut it out, atheists! Why it’s time to stop behaving like Bill Maher and Richard Dawkins.

The upshot is we shouldn’t offend anyone. We should stop attacking religious absurdities and calling folks out on them. It hurts their feelings.

His pitch in a nutshell:
“I’d like to challenge all atheists, myself included, to refrain from posting disparaging commentary about Christian newsmakers on Facebook and other social media sites — including blogs — for one month. Let’s call it The Atheist Positivity Challenge, or the APC for short. The purpose of this challenge is to draw attention to two things: The fact that gloating about the lunacy and misdeeds of specific Christians is not only unnecessary, but probably counterproductive; and the need to rehabilitate the reputation of atheism in America.”

Yup. Cady Stanton should have quit calling out the insane repression of women of her 19th century culture enmeshed in, emboldened by Biblical attitudes towards females. According to Neumann’s reasoning Cady Stanton and William James should have been more “positive” and refrained from pointing out and challenging the “lunacy and misdeeds of Christians” because well, it was making them angry. They could have been so much nicer then and for us non-believers today it “will make us look less arrogant and therefore less aversive” if we just refrain (Neumann is evidently an atheist as well).

So Cady Stanton and James should have kept quiet, backed off, been nicer… and today we should be nicer too, back off and be less strident, less we offend the religious and allow their absurd and repressive practices to continue to dominate our culture now as they did then?

Bullshit, turn up the volume. 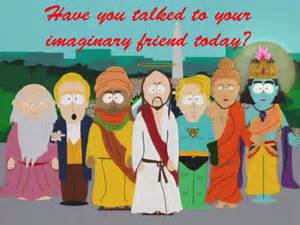 One thought on “On Offending the Religious: The “Atheist Positivity Challenge?””