I did a short blog just at the start of the Fall season here in the Midwest and featured some stock photos of areas in northern Illinois and Wisconsin. Now I’ve got a few of my own Iphone shots from the past month or so in Illinois, Wisconsin, Michigan, and a slice of Iowa along the mighty Mississippi River.
First up: Northern Wisconsin and the adjacent U.P. (Michigan’s Upper Peninsula). 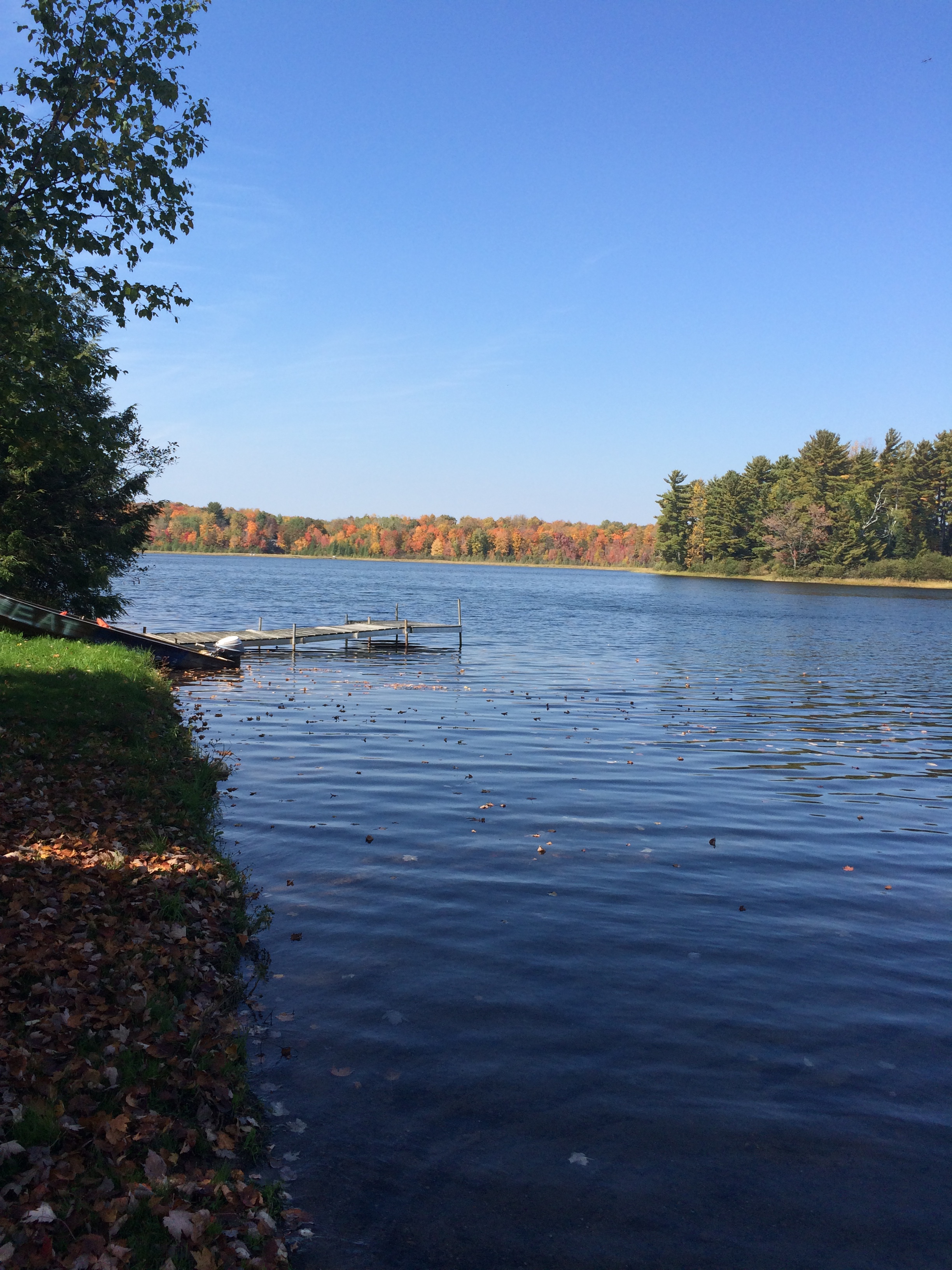 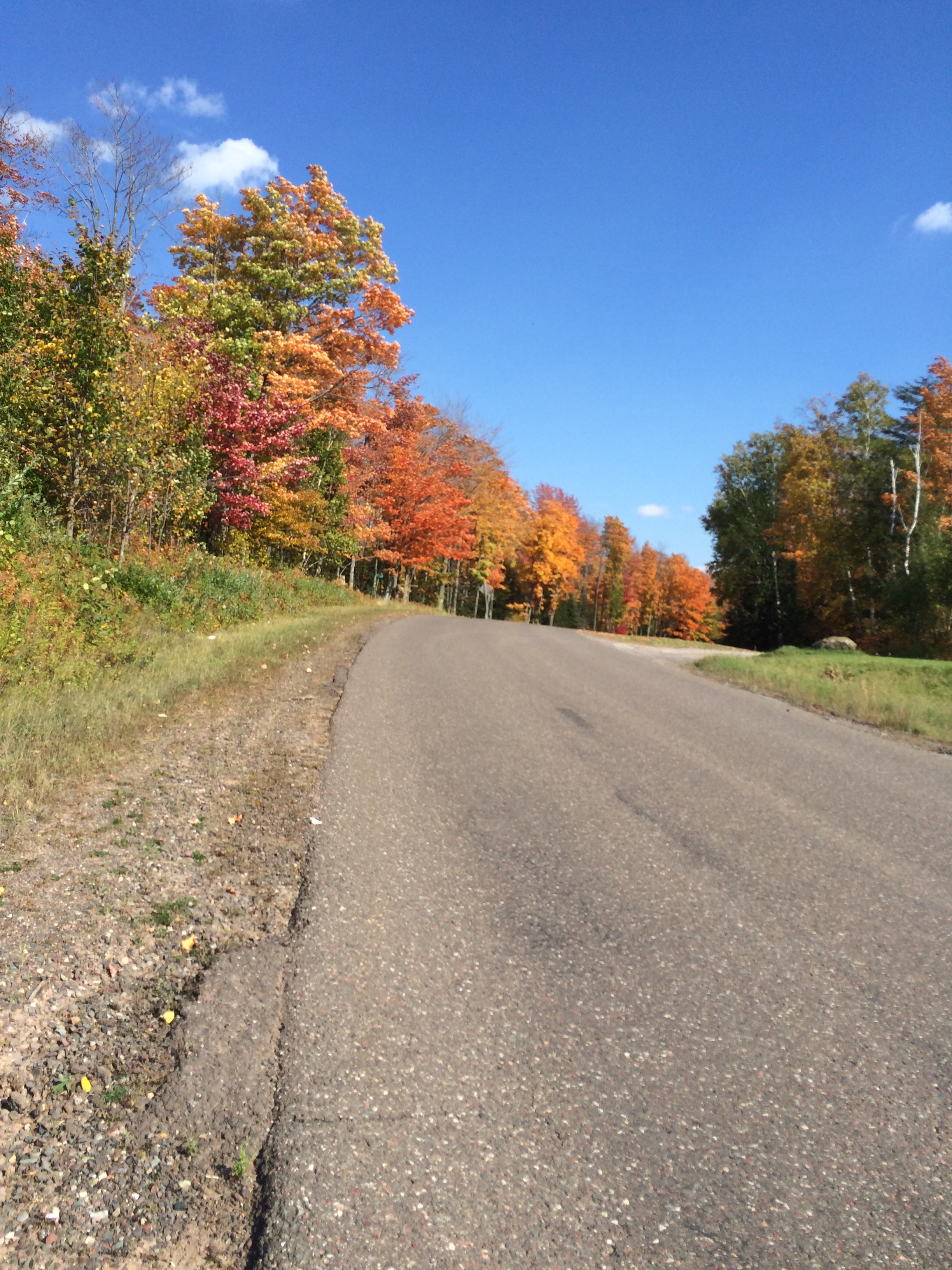 A rather typical and breathtaking road scene a bit further north in Late September. Northern Illinois roads look like this now in Late October, 300-400 miles further south of northern Wisconsin and the U.P.

The next few shots are all of the incomparable Bond Falls, a popular spot year-round but especially fantastic at the peak of Fall colors. Frozen in winter is spectacular as well. 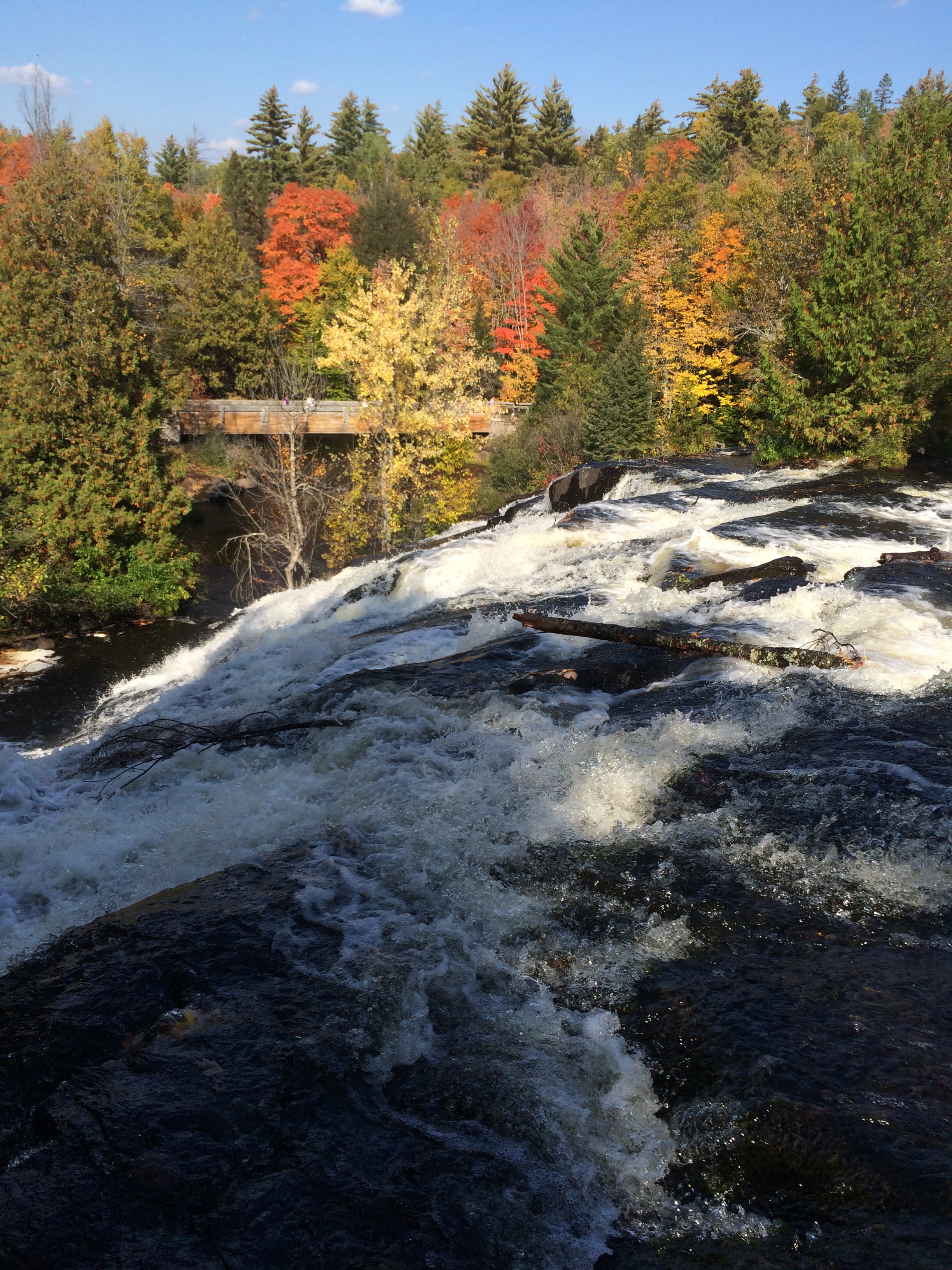 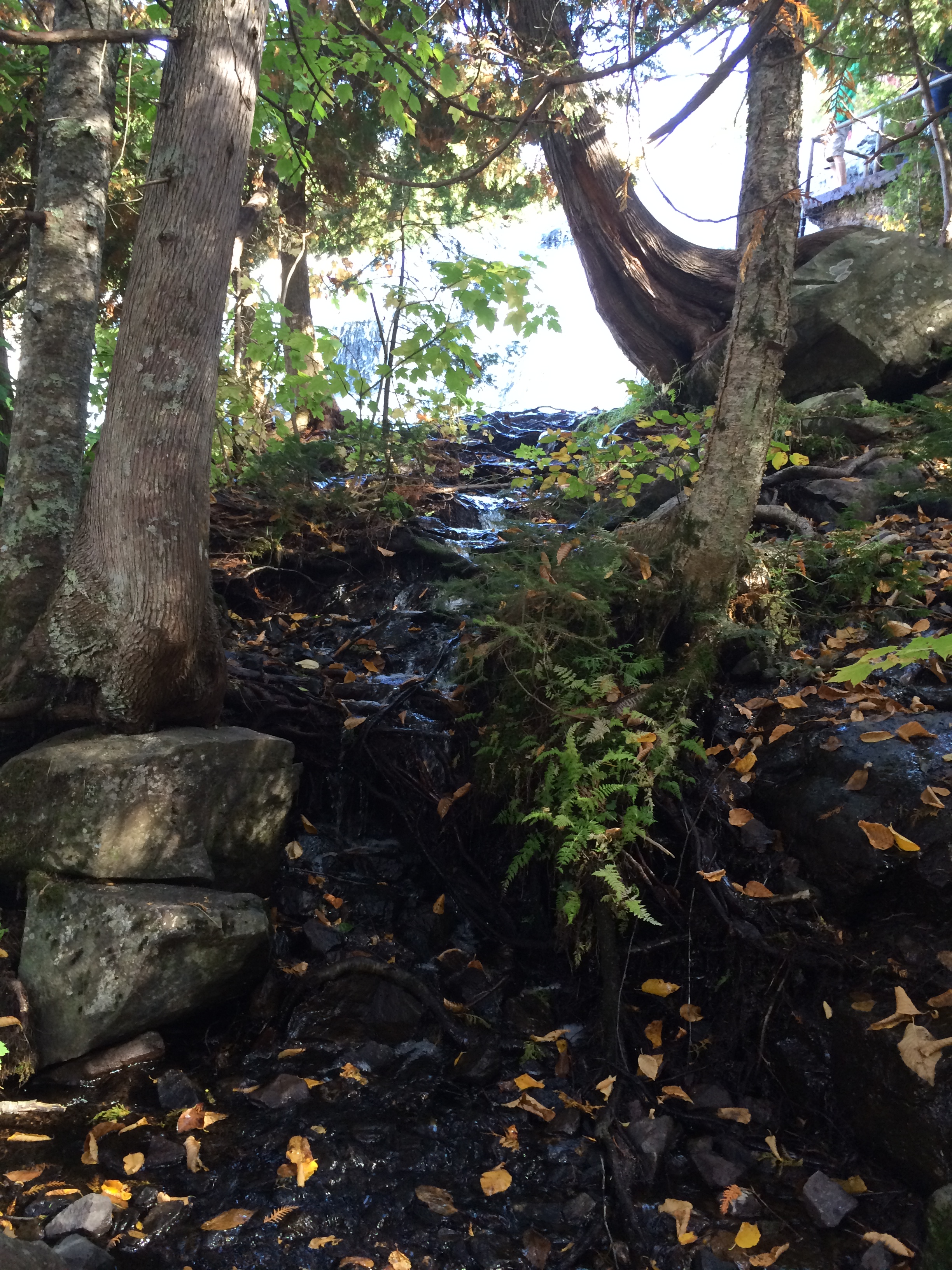 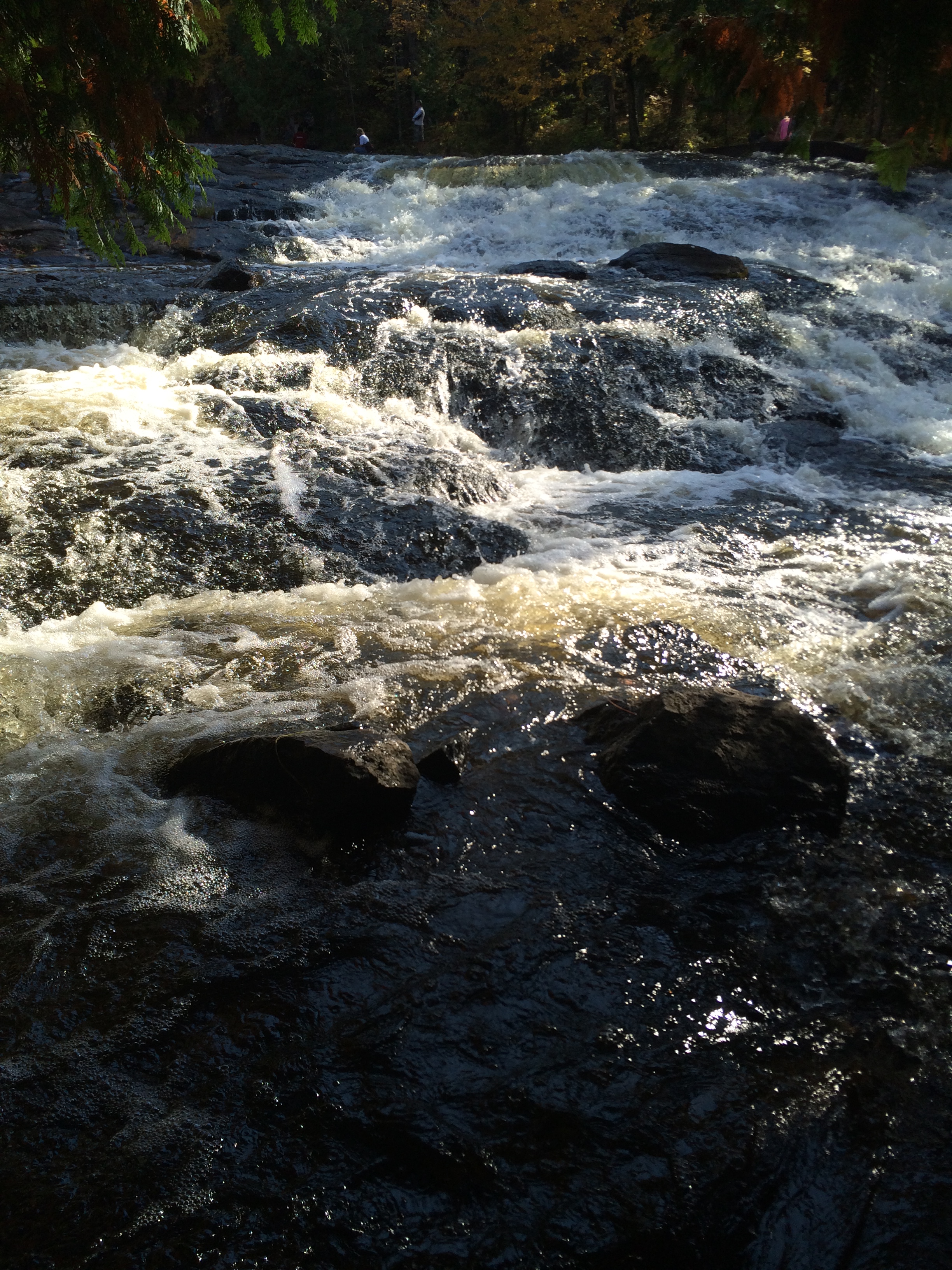 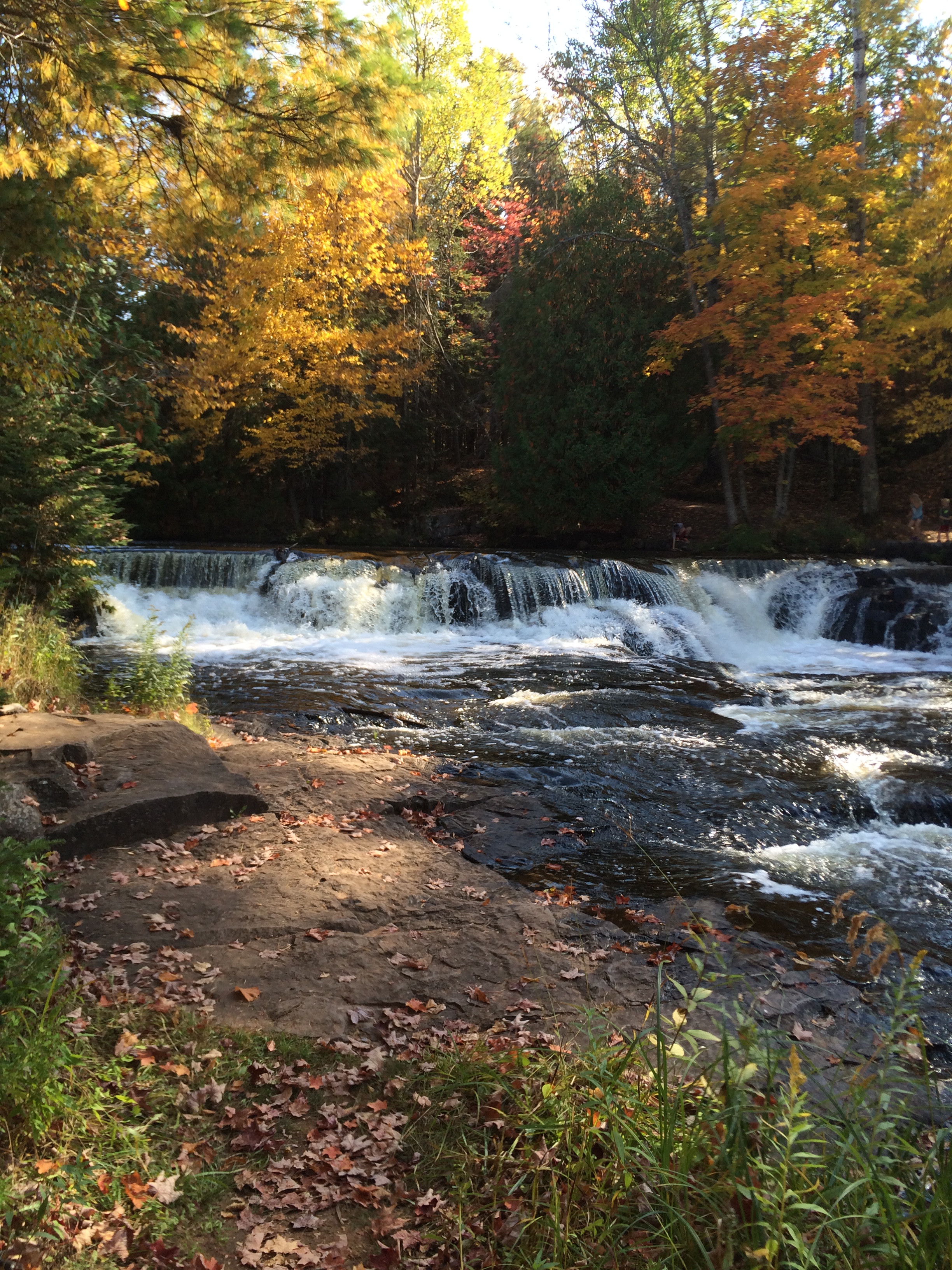 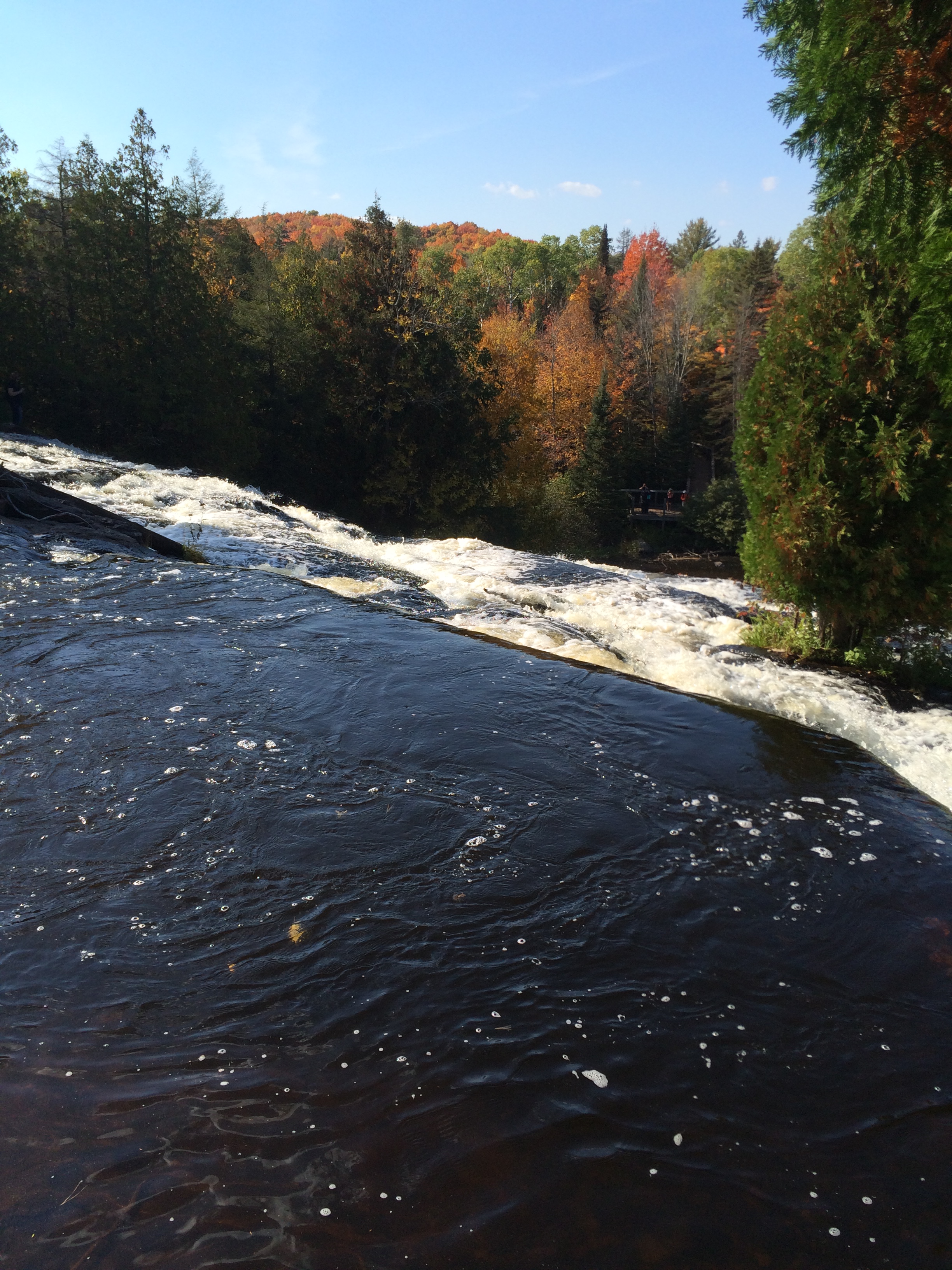 So a little further South back in Wisconsin we have a lesser known and lesser visited little aside off of a state road: Prairie Dells: 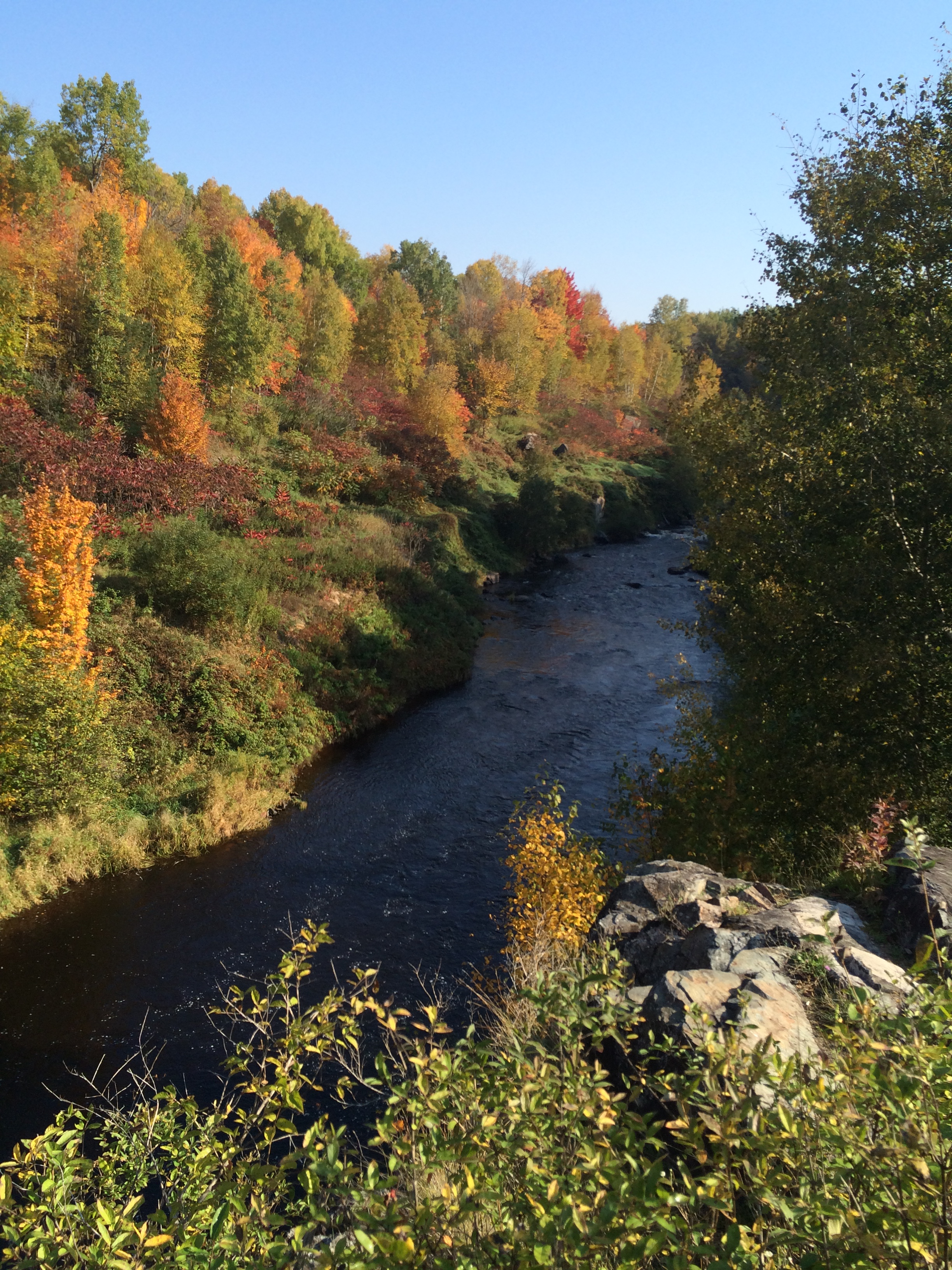 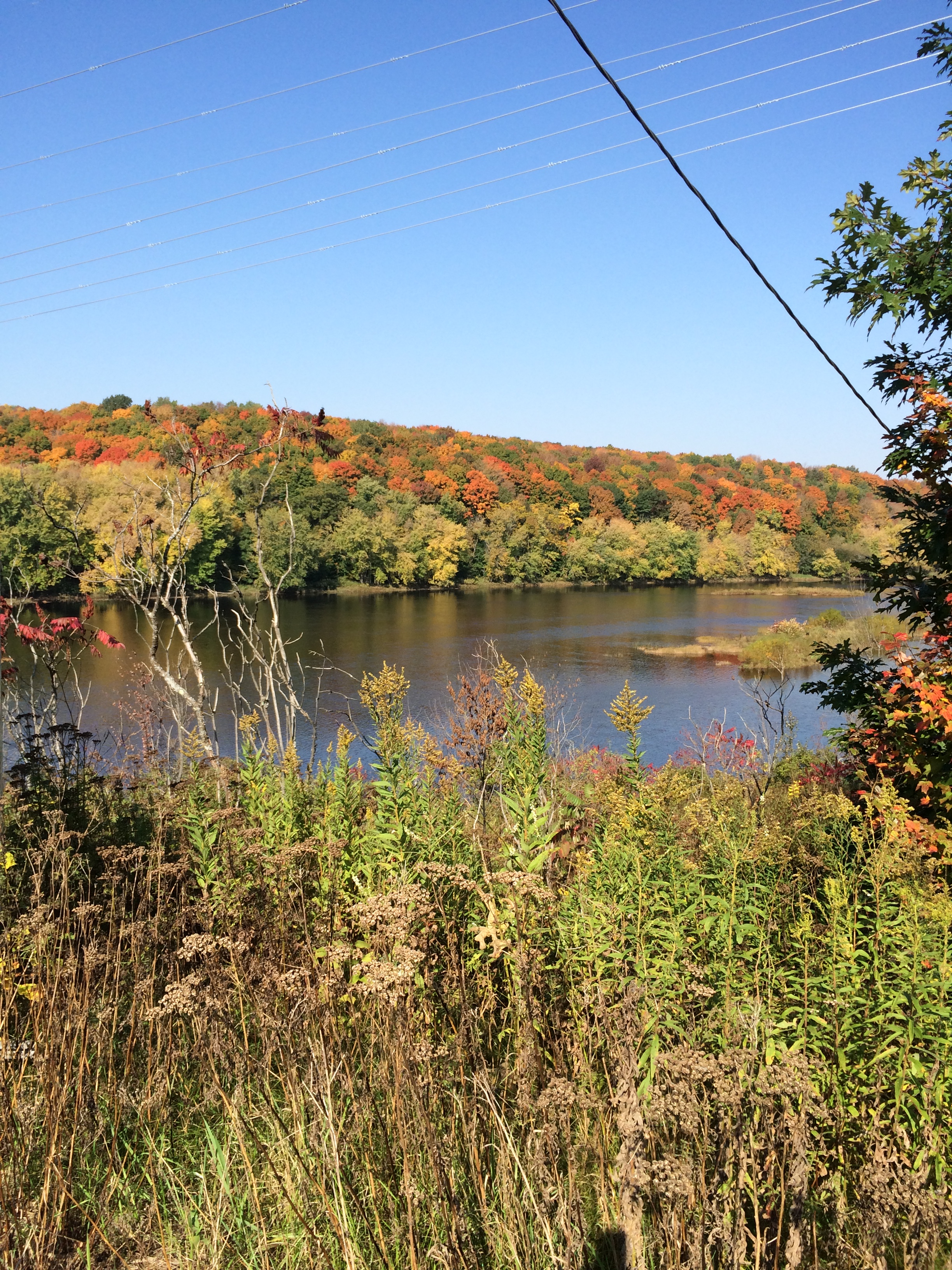 And a nearby roadcut, notice the tilted strata of rock. A cursory study of geology and you will understand the immense time it takes to form and then transform the rocks of this earth wherever they are… this didn’t happen in year, deposited in a flash by the “Great Flood” as the Young Earth Creationists tell their children.

And here’s a couple of late Summer views of the Mississippi River from the Iowa side. I sure wanted to get over there for the Fall peak, didn’t. It’s on the list for next year. Spectacular views nonetheless! 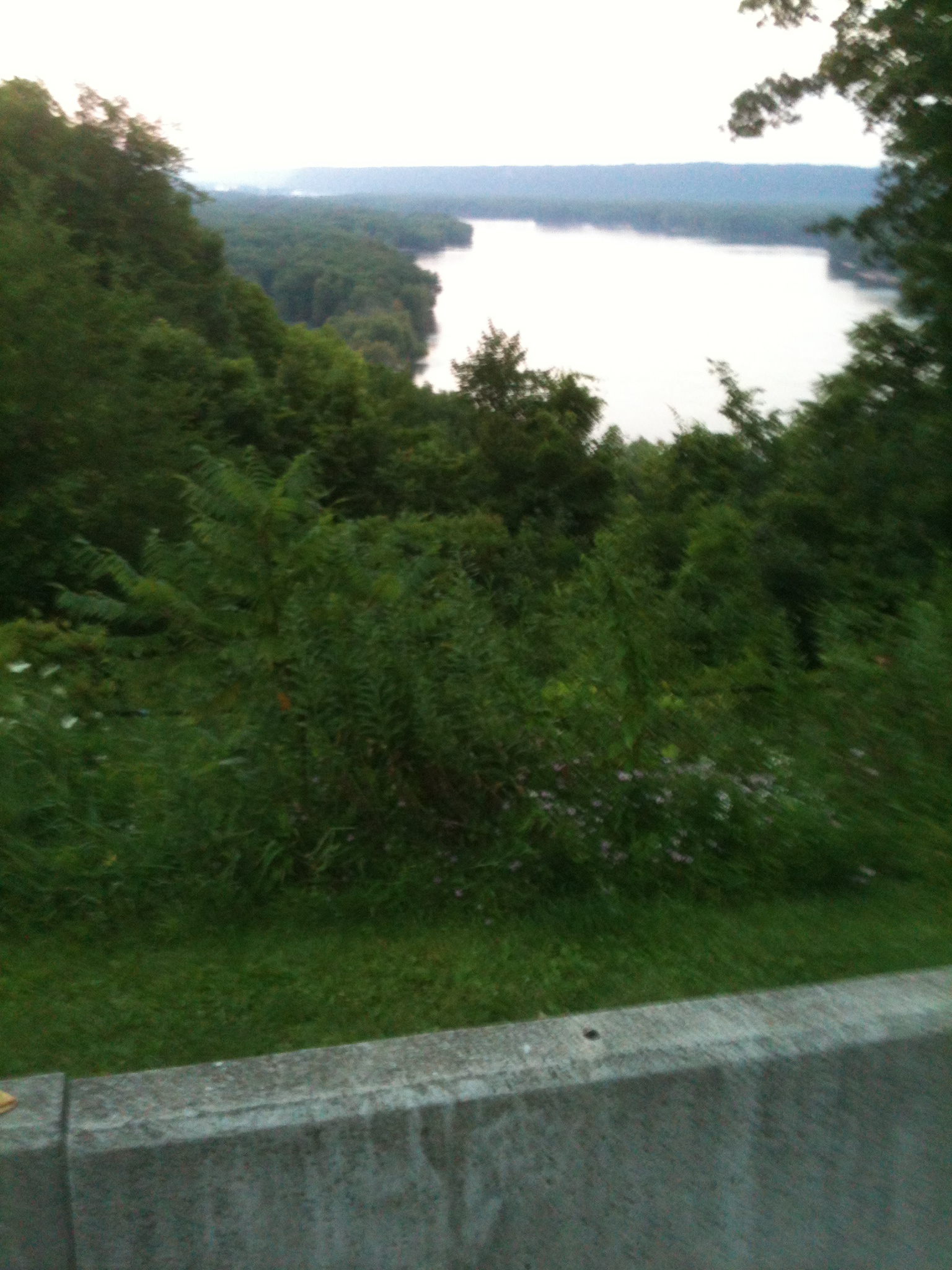 And the roadside sign explaining the geology, the formation of the Mississippi River… 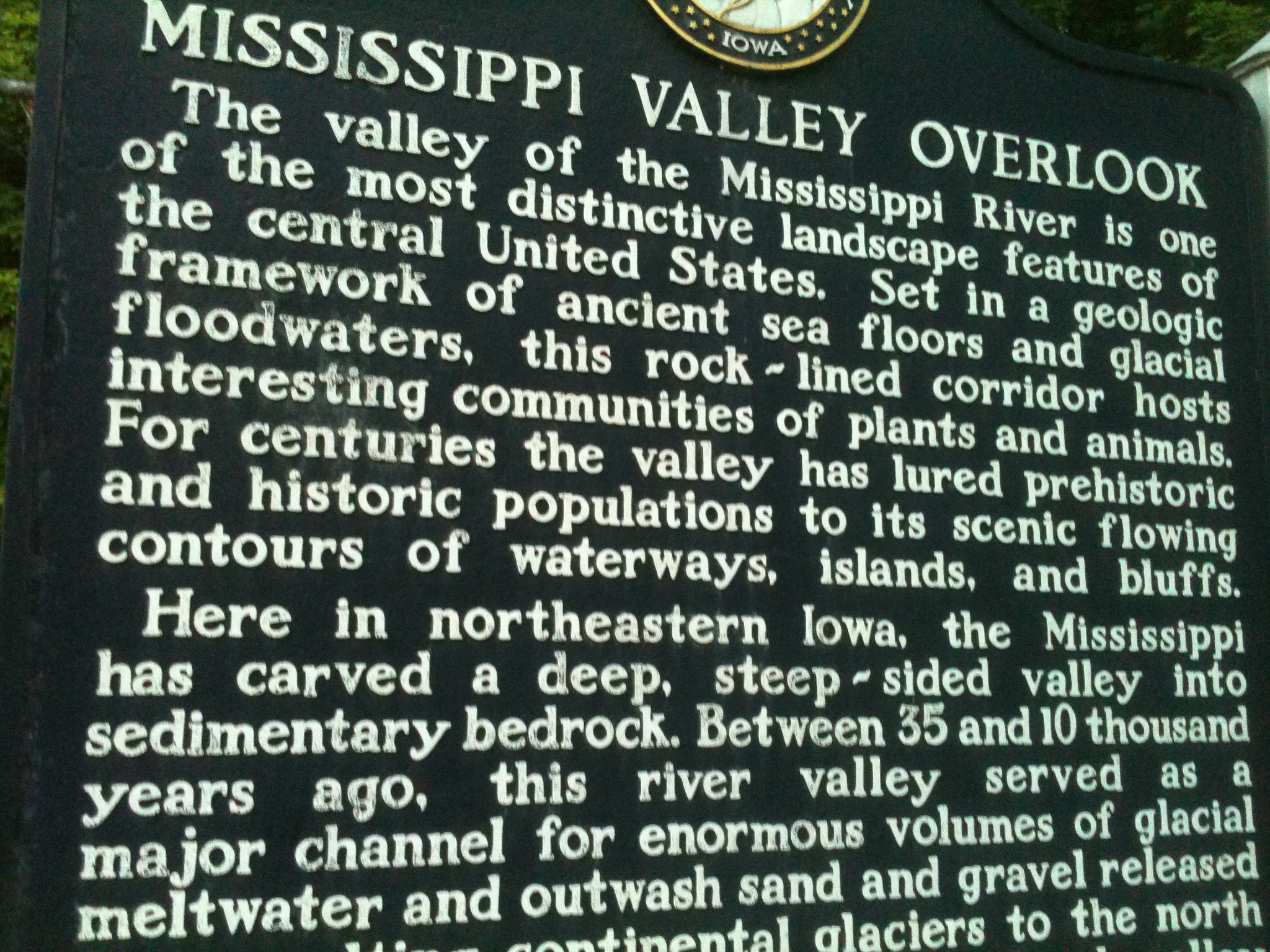 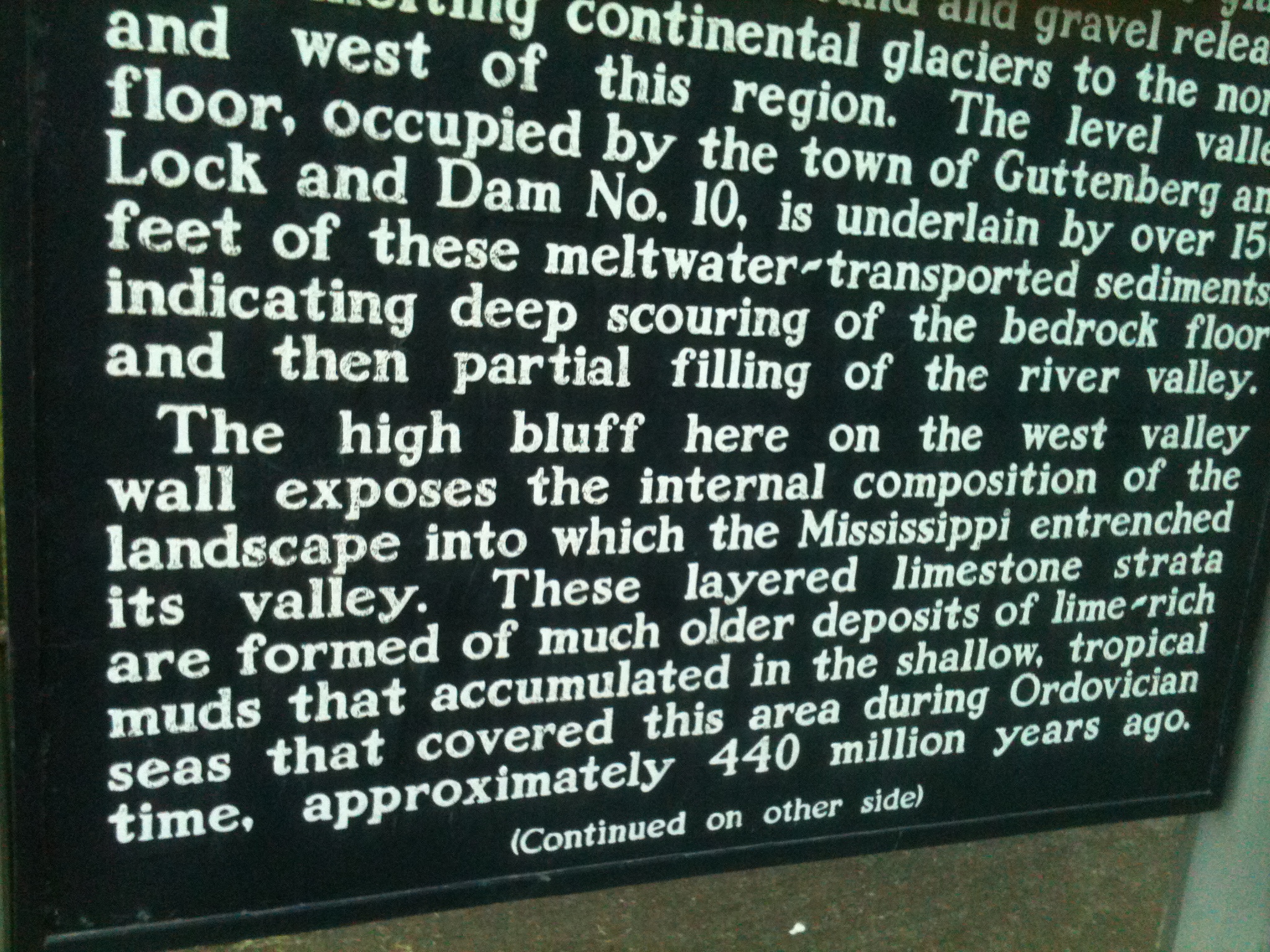 …which of course this plaque relating just good verified spectacular science about the earth we live on is completely wrong according to “Young Earth” Creationist like the charlatans Ken Ham and Ray Comfort among others. Thousands of plaques like these all over the US are just utterly wrong because these two deluded preachers know better than the millions of scientists who have done the research and all the thousands of scientific papers that have been published on the earths geology. Their wholly absurd views drawn from an old book, their wholly imaginative and impossible interpretation of that old book are taught to children too young to know better. Obscene. Absurd.
And lastly a shot of where I work back in Illinois, late October when our Fall colors are at the peak: 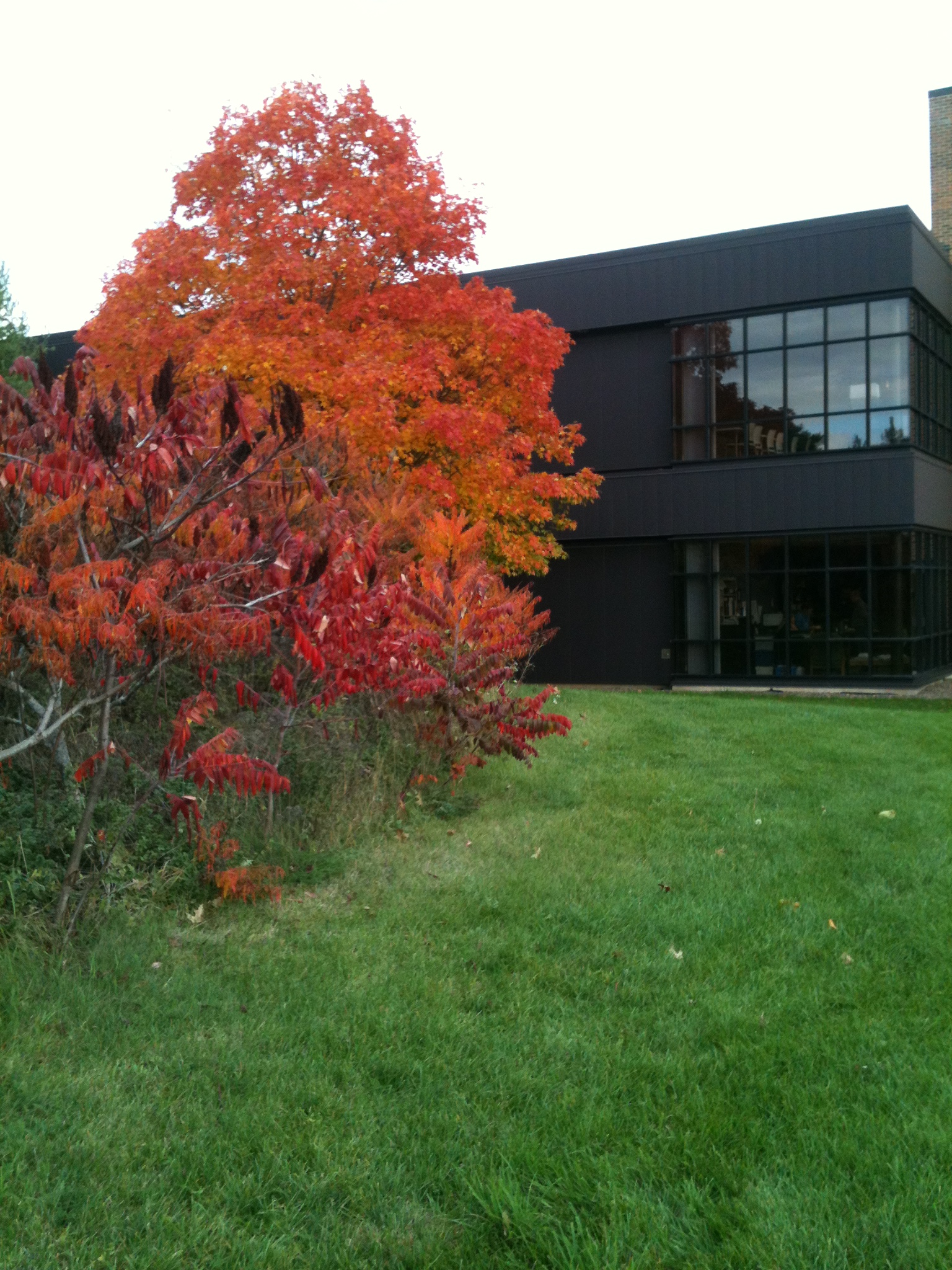 Nothing but spectacular. Bond Falls, Indian Lake, the Prairie Dells river, and the rock strata they cut, flow over, rest upon, or cut through did not form in one catastrophic flood event, not in weeks, months or within a year but over millions of years. This we know as sure as the earth is round (oblate spheroid to be exact).
Spectacular.