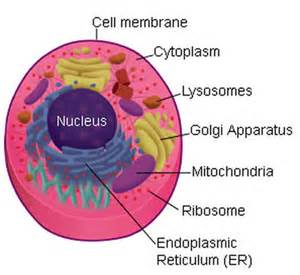 The animal cell. Science Daily reports on a new approach to the possible genesis and evolution of Eukaryotic cells, a key piece to the puzzle of the origins of life on earth as we know it.
Other work in the field of abiogenesis (the origin of life) investigates how RNA and DNA for example or self replication or metabolism processes would have first begun on our planet. The study featured above examines how bacterial cells (Prokaryotes: without a nucleus) may have evolved into more complex cells having a nucleus and the other organelles as depicted in the image above. The amount of science and scientists dedicated to just this one area of biological investigation is significant, impressive. and progress almost inexorable. It is fantastic, these times we live in. We take for granted the phenomenal level of institutionalized science research ongoing all over the globe here in the 21st century.

There are over 6 million people working as scientists and engineers today. Look what we have accomplished in merely 100 years since the term “scientist” was coined and large scale research became a daily worldwide university and industry pursuit. By employing less than 0.1% of the worlds total population of 7.2 billion today in research and technology fields, we are undertaking unprecedented levels of scientific investigation and reporting new discoveries and approaches at an exponential rate. 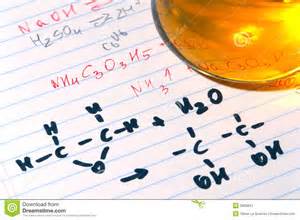 Back to abiogenesis. It is a relatively new field, barely 50 years old. We have only known the structure of DNA for a generation now, since 1953. It hasn’t been all that long. 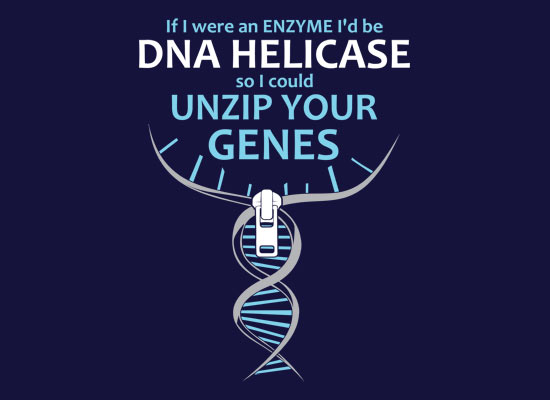 A great way to remember the double spiral structure of DNA, eh? Just think of that twisted zipper!
We LOVE zippers, especially unzipped ones!

The complexity of the molecular components and interactions of life and the breathtaking complexity of the cell (and/or the entire universe and everything in it) leave the Creationists and Intelligent Design folks (and the occasional philosopher) shaking their heads that either the human brain is incapable of ever delineating, describing, and understanding that complexity and its origin, or that the complexity itself is “in principle” inexplicable and requires a mystical Creator Intelligence to have assembled it: pure natural processes of chemical and biological evolution just can’t possibly be up to the task… and/or neither could we ever figure it all out.

It may be true we are incapable, we might hit a wall and give up the investigation and invoke somebody’s god (or not) someday (or not).
But that’s an empirical question yet to be determined. The religious or philosophically inclined
DO NOT KNOW the answer to that question ahead of time. That’s as arrogant as it gets.
In addition, every time the naysayers proclaim ahead of time a scientific problem is intractable or inexplicable or unapproachable, they have been wrong.
The history of science does not support their pessimism in the least.

More importantly, “How the fuck do they know?”

Can they really tell the future? Can they really know the problem of abiogenesis and the origin of the complex cell is impossible to figure out? Isn’t that precisely what we don’t know?
It is no accident that the these arrogant claims to know better than everyone else, to know better than all the folks working in the fields of life’s origins, spring from the religious.
Religion is all about making claims of “eternal truth” and “certainty” about the unknown (sometimes philosophy is just theology without the “god” part: speculations derived from reason and logic alone with no evidence to support their claims, it just “seems” right). Souls, god(s), reincarnation, heaven, hell, salvation, the devil, nirvana, an afterlife of any kind, creation myths, all of the detailed proclamations of “how it must be,” idiosyncratic and fanciful to the extreme in every religion are all hopelessly speculative, primitive early explanations that the faithful repeat, inculcate in their children and claim certainty for. And they are all wrong. There is no evidence for any of their primitive explanations and claims of how the world works.
The Arrogance of Religious Thought™ is astounding.
In the meantime, science rolls on.
We will find out what we find out.