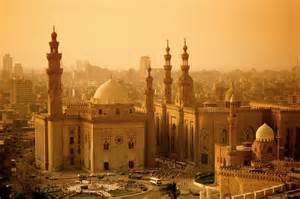 Freedom to Ahmed Harqan, Saly Harqan, and Karim Jimy.
The short article linked above says it all. It gives a clear picture of how smothering Islam can be throughout the culture, even the government in an Islamic country.
In Egypt, typical of a majority Muslim country, it is difficult if not impossible to be a moderate. I’ve blogged on this previously.
But to be an apostate, one who leaves the religion altogether is clearly courting murder. The penalty for apostasy is death according to the four schools of Sunni Islamic jurisprudence that interpret sharia law from the hadith. The plight of this outed former Muslim atheist in Egypt is upheld by these schools of thought that represent over 90% of Muslims worldwide.
Deserving to die for leaving your religion is not an “extreme” view, held and enforced by a few fringe “Islamists” only. It is a mainstream widely accepted view, part and parcel of being a Muslim. In 23 Muslim majority countries various punishments for apostasy have even been incorporated into their criminal laws as well.

One must remember that this apostate whose story is told in the article linked above Al-Harkan was threatened with his life in Egypt, where over 30 million people protested against the extreme Muslim rule of the elected president Mohamed Morsi and the Muslim Brotherhood. The military took over, outlawed the Brotherhood, and an imprisoned Morsi is still awaiting trial. Despite removal of the “extremists,” or “Islamists” Egypt remains a country saturated with stifling religious influence at every level of society to a degree that is scarcely imaginable to most citizens of developed countries anywhere else in the world, whether East or West.
For a seemingly trivial example of this pervasiveness, consider the proscription of eating pork.
At first glance this might seem a “silly” example of Islam’s saturation of many a Muslim’s life but it is not. Sneaking around to eat a pork sausage McGriddle… insanity indicative of the overwhelming coercion many Muslims endure over both trivia and matters of life and death.

Consider this from another blog about eating pork, even as an Ex- Muslim:
“It’s so heavily ingrained in each and every Muslim’s mind, that even after years of telling yourself, after years of getting away from it, you still can’t truly escape it. So many false statements ring in my mind when I think about eating bacon “It’s haram. Kaafirs eat pork. A pig is dirty, it’s been cursed by Allah.”
AND…
“I remember a vacation to France with my family when I was 6 or 7 years old. We were at a lunch buffer, and there was a French family sitting on the table next to us. The mother had lots of freckles on her arms, but me being a simpleton from Pakistan (where people hardly have the kind of freckles Caucasians tend to have), I asked my mother what was on that woman’s arm. My mother looked over at her for a second and replied, “It’s what happens when you eat pork.”

One encounters this level of absurd thinking and repression in only the most hardcore, fringe Xian sects. And we laugh at them here in the West. In Islam this is mainstream, nearly everyone follows the restriction not to eat pork, you cannot be a Muslim and break that rule (or dare not reveal it) and most believe all sorts of wrongheaded ideas about eating pork, all stemming from an unwavering religious command. Despite what the Muslim apologist Reza Aslan might say, Islam doesn’t attract the vast majority of humans that have a cultural distaste for pork, it is what is taught by the religion. People are taught pork is bad and are commanded by god, scripture, and interpretation not to eat it. And the compulsion is so strong and so pervasive it is near impossible to be “moderate” and ignore it. This family traveling to France obviously couldn’t have been low SES Pakistani villagers with little education, but well-off and educated upper middle class citizens. Yet the compulsion to believe crazy ideas they have no choice in believing is strong and unquestionable.

Conservative Xianity is the minority group among Xians. Conservative thinking and belief in Islam, in dozens of ways more pervasive and repressive than the extreme of what Xiansanity™ has to offer in today’s post Enlightenment world, governs the majority, the vast majority.
That’s the profound difference. All religions promote delusions, but it appears Islam promotes some of the most absurd and dangerous and moreso than any other religion.

Apologists for Islam point out there are certainly extremist groups in every religion, the Ultra-Orthodox Jews or the fundamentalist Xians for example. And it is true there are.

But do Orthodox Jews behead reformed and secular Jews for apostasy?
Do the majority of all Jews agree that secular Jews, as apostates deserve death and could be justifiably murdered?
Do they also maintain that it would be the apostates own fault if another pious Jew did kill them because their scripture which is the unquestionable and exact word of god demands it?

NO, and even the most extreme of fundamentalist Xians don’t call for the killing of heretics, apostates any more.

According to a PEW Research 2013 poll most Muslims in Islamic majority countries in the Middle East and South Asia agree with “executing those who leave Islam.”
It is mainstream, it is the majority thinking in Islam.
There is no equivalent of such pervasiveness of this fatal compulsion left in any other religion.
Islam desperately needs reform, and along with all other religions needs eventually disappear.
End Religion Now.