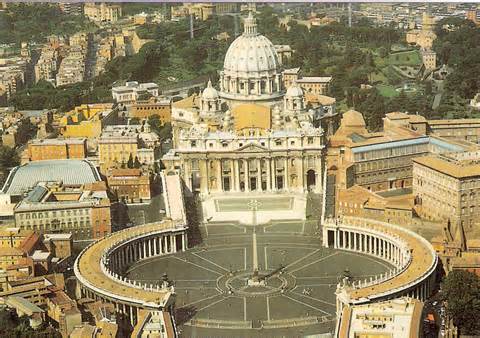 Check this article out: Vatican Hits Sour Note on Women.
Oops. I just love listening to folks gush over the new Pope’s “progressive” intimations that maybe gays and atheists don’t deserve or won’t go to hell, or that we must be more accepting, etc…then the Bishops and Cardinals all scurry around behind him assuring the world that no, no doctrine has changed, nor will be changing soon. Fags are an abomination and deserve death just like Paul said and homosexuals and non-believers are still destined according to Holy Mother Church to the fiery lake.

What fucking arrogance.
On the Pope’s part for intimating things might be considered that he knows are dead against dogma and are not changing and he is doing nothing but doublespeak, and on the entire institution and all its members part in thinking they got the goods on all the rest of us humans on the planet and know who is or isn’t going to their gods hell. Such unmitigated bullshit, and arrogance.

So the latest example is the Vatican reaching out towards women. Oh boy, oh joy. Despite the obvious and ludicrous and primitive misogyny built-in to the entire Catholic system of thought, these kind gentleman of the Holy See are going to discuss the role of women on earth and in the Church “Womens Cultures: Equalities and Differences.”
And they fuck it up, clueless as ever from the very get-go. From the AP article linked above on the “working paper” issued to preface the “discussion”:

“It denounces plastic surgery as a form of “aggression” against the female body “like a burqa made of flesh.” And it acknowledges that the church has for centuries offered women “ideological and ancestral left-overs.”

An “Asshole Statement” right off the bat if there ever was one. Women all over the world like to look good. Clothes, make-up, diets, yes even nip and tuck, implants and reconstruction. Who the fuck are these clowns to decide plastic surgery chosen freely by any woman should be denounced as a form of aggression? That attitude isn’t the epitome of an “ideological and ancestral leftover”? Unbelievable. The denial of women’s reproductive rights and control of their sexual behavior is what this utterly patriarchal institution is all about.

It gets even better.

“The pontiff, a master of communication, has sincerely praised the “feminine genius.” But he has also elicited cringes, such as when he recently welcomed female members of the church’s most prestigious theological commission as “strawberries on the cake.” And when asked if a woman might someday head a Vatican office, he joked that “pastors often wind up under the authority of their housekeeper!”

Despite promises to appoint women in positions of authority within some Vatican departments, no woman is ever going to be priest, bishop, cardinal or Pope and have any real authority in Holy Mother Church anytime soon.

The real flap was over using an attractive middle aged Italian Actress, Nancy Brilli as a spokeswoman for the Church in a short video posted on the Vatican website to solicit input from women all over the world on “women’s culture and the place of women in society today” for the fellas in Rome to mull over.

The video was yanked nearly immediately both over the Vatican’s choice of spokeswoman and soliciting input by video and email, when many of the women of the world who ought to be heard from are too poor to own or have access to a smartphone or computer. Just another hint of cluelessness, eh? Then they put a 2 week deadline on it, just prior to Christmas….another Oops. Catholic women tend to be especially busy that time of year. Old guys in dresses without wives, kids or family lives showing themselves to be more than just a bit out of touch once again? Nah.

You can view a brief news report and excerpts of the video, HERE.
I personally have no gripe with using an actress, especially a Catholic one, attractive as well as mature, reportedly sincere in her faith and accomplished and effective in front of a camera. The irony here may be if she may have had a little work done herself or have implants…wouldn’t that be a kicker? Be that as it may, if the Vatican truly wants to hear from the women of the world, why not solicit response from a random selection of Catholic women from parishes all over the world to provide their views? Instead of videos, have them meet and send their reports to the fellas at the Holy See or better yet fly them in and meet in person with concerned Catholic women right there in Rome and see what’s on their minds direct from the source? The Vatican boyz probably wouldn’t dig what they had to say:

“In the end, some 250 videos were sent in. A good number came from activists advocating for women’s ordination.” Oops, again.

One female commenter on the article just nailed it:
“Catholic women (and women of pretty much every religion, for that matter) are a greater example of having faith even at the expense of your own self-esteem than most men are. I doubt there’s many men who would have anything to do with a religion that told them they were created for women, the cause of all the sin in the world, and therefore inferior. I doubt many men could see past that, like women can, and still believe with humility.”

I’ve told my daughter never to join any club, or organization of any kind that she couldn’t rise to be the head of. If you are relegated as a second class citizen from the start…walk, and never look back. No woman should belong to the Catholic Church.

I breathlessly await what progressive, pure genius conclusions the “Pontifical Council of Cultures” will produce on the future role of women in modern culture and the Church. How could we live without their expert and inspired guidance? Better. And freer.
end religion now