Ms. Calandrelli does a nice job explaining her thesis that you don’t need to be a rocket scientist, or rather a STEM (Science, Technology, Engineering or Math) scientist to understand STEM information, to be STEM literate.
Regarding the average person’s plaint “I don’t do math,” i.e., that the average Joe or Jane just doesn’t or can’t understand STEM information, Emily says:

“It’s time we threw away that mindset”

Bravo. Well put. Like religion and science denial, its just a mindset, a habit, a cultural given, a historical accident. Not natural, needed nor necessary. In fact, like religion detrimental and just plain wrong.
Emily makes the case that you can achieve STEM literacy and handle understanding math and science quite well without being a scientist or techno geek yourself.
It is just a mindset we can jettison.

I’d never heard of Emily before finding her recent TEDx video. She’s actually becoming quite an accomplished up and coming media science educator.
Check out this article of hers on the vaccine controversy:
5 Reasons Why Jenny McCarthy is Even More Dangerous than You Thought.
Emily pulls no punches in it! Like wow.

And she has her own new science show on FOX entitled: Xploration Outer Space.

As she says states on her blog:
“We need more Bill Nyes and Neil deGrasse Tysons of various ages, races, and gender.”

Well, we could have another very visible and educated science educator in the making. Fantastic.

Just imagine if we had as many folks out there promoting science as we do ministers, priests, imams and monks promoting myths and divisiveness and misogyny and homophobia and pseudoscience…. 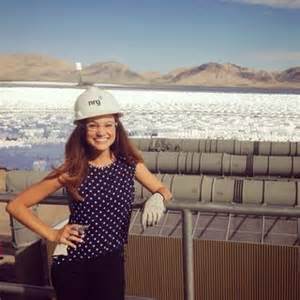 Give Emily a listen.

One thought on “STEM literacy: You don’t have to be a Rocket Scientist”