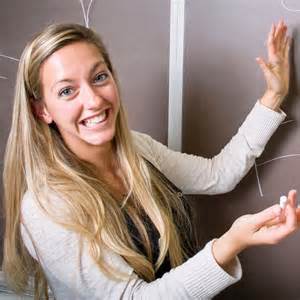 I recently featured Emily Calendrelli in a previous post about her TED talk and again in another post about her FOX TV science series and the race back to the moon.

Like Emily, here we have Physics Girl also doing a killer job of explaining science to the masses, educating the public and demonstrating that women can understand and be as involved in science as any man. Like secularism in general, science is not just an old white man’s game anymore. It’s a beautiful thing. I’ll be featuring practicing women scientists in future posts as well, but for now it is so gratifying to see young women getting into science education as these articulate and knowledgeable 21st century women demonstrate.

Dianna has a whole slew of great videos like this explaining all sorts of physical phenomena you can access here at her website.
Evidently her nickname is “happy pants” and well, she does totally brings her own level of enthusiasm and obvious enjoyment to her work, making sense of complex events and concepts that show how the world works.

And she has great fun doing it!

So much is changing in our world, and so fast. There is no limit to what we can do if we continue to move beyond old ideas and stereotypes. Education for all, no limits on women’s aspirations and occupations, including in all STEM (Science, Technology, Engineering and Math) fields and prominent women educators making once “nerdy” and male dominated domains cool and open to all with an inquiring mind, regardless of gender.