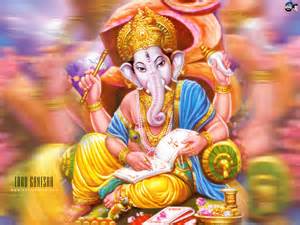 If you’re a Xian, offering balls of sweets to an elephant headed god before you buy a house or a car would seem the height of absurdity. But if you are a Hindu, Buddhist, or Jain, nothing could seem more normal and the fervent praying to a crucified god and the ritualistic eating and drinking of wine and bread in a cannibalistic remembrance of that gruesome death would seem no less ridiculous.
This is what religion does to people.

So now, we have a buzz all over the internet concerning the recent installation by some citizens of the good state of Kansas of “prayer booths.”
If you haven’t seen this yet, check it out:

What could be more absurd or delusional, praying to an elephant headed god, or another mangled victim of Roman crucifixion?
You dont know dick! But some of our Asian brothers do! 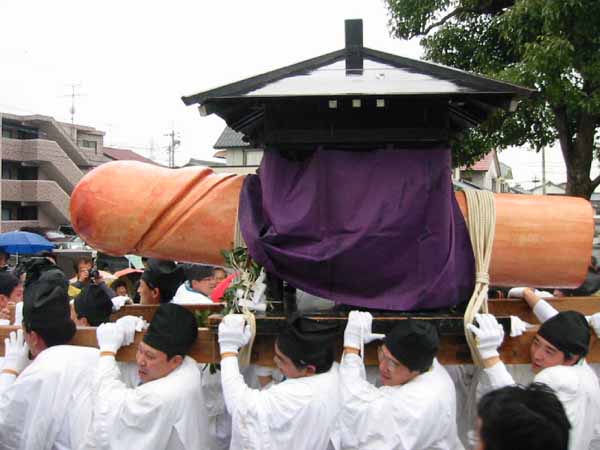 Ya gotta love it.
The Shinto Kanamara Matsuri (かなまら祭り?, “Festival of the Steel Phallus“) is held each spring at the Kanayama shrine (金山神社) in Kawasaki, Japan. The exact dates vary: the main festivities fall on the first Sunday in April. The penis, as the central theme of the event, is reflected in illustrations, candy, carved vegetables, decorations, and a mikoshi parade.

The Kanamara Matsuri is centered around a local penis-venerating shrine once popular among prostitutes who wished to pray for protection from sexually transmitted diseases. It is said that there are also divine protections for business prosperity and for the clan’s prosperity; and for easy delivery, marriage, and married-couple harmony. There is also a legend of a sharp-toothed demon (vagina dentata) that hid inside the vagina of a young woman and castrated two young men on their wedding nights. As a result, the young woman sought help from a blacksmith, who fashioned an iron phallus to break the demon’s teeth, which led to the enshrinement of the item.

I think the folks in Kansas would have a “hard” time (pun intended) with praying to the Iron Sausage while sucking on schwanz shaped lollipop.
(fuck I can’t help myself, this is so absurd).
Imagine a little crucified penis… OK I’ll stop. Cocktail wieners on little crossed toothpicks… with lots of ketchup!
And then the elephant god grows another trunk down below:
“Hey, worship this, you monkeys.”

But a phone booth, really? You need a goddam phone booth to connect with the Almighty, now?
What, no Wifi in heaven? The Creator of the Universe needs a fucking landline??

I’m making jokes, but fuck me it DESERVES ridicule. This stuff is taken seriously solely due to the accident of your birth.
And sometimes we will defend it to the death… and then it is NOT funny.

It wasn’t that long ago that good god-fearing folks, all over Europe, at the height of Xiansanity™ would burn each other at the stake over, dig this, differences in their conception of the Trinity. Yup, in fact the whole split of the Catholic and Eastern Orthodox church, the Great Schism of 1054 was over one mere technicality of belief in the Trinity, whether the Holy spirit proceeded from God the Father alone or get this, the relationship, the love (cantcha just feel the love?) of the God the Father and the Son. And Xians think worshiping a dick or an elephant wearing makeup sounds funny?

So praying to any of these imaginary constructs that theologians love to twiddle and twaddle with is even more mental. More on that later.
But for now:
“Ring up god for a new dick, honey, an elephant stepped on mine.” 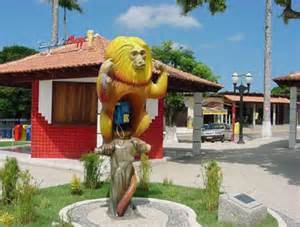