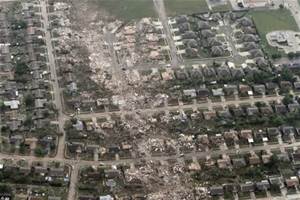 Moore Oklahoma, 5/20/2013
Rebecca Vitsmun was the atheist survivor of this devastating tornado that replied straightforwardly to Wolf Blitzer on live TV that she was “actually an atheist” when asked if she thanked the Lord for surviving. You can watch her incredible story HERE as presented by the Thinking Atheist. 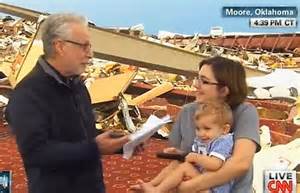 I’ve heard Rebecca speak twice now on Humanist Disaster Recovery Teams. Working with the Foundation Beyond Belief she presents important information on disaster recovery in general as well as the development of a national secular disaster response program.

What is just as compelling is the continuation of her personal story in the days after her home was utterly destroyed. As she was packing the final belongings she could save before the bulldozers arrived to begin demolition and cleanup, some women volunteers arrived to help her with the rather emotional task of salvaging whatever personal items she could from the rubble of her home. The women were Baptists and what happens next is what prompted me to ask Rebecca if I might write this blog.

She tells the story incomparably better than I could so check out the first few powerfully emotional moments of her talk above that she shares with the audience at Gateway to Reason 2015 about just what the good Baptist ladies had to say. Don’t miss it.

Those Baptist ladies of course thought they were doing the Lord’s work. Everything they’ve been taught and believe tells them they are on the righteous path to make sure they “inspire” all to follow their faith and their faith alone. They’re gonna save this unchurched woman’s kid from a life without Jesus.

The Arrogance of Religious Thought (TM) knows no bounds.