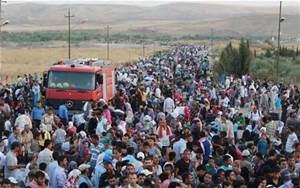 USA Today ran a short article on Friday entitled: My cousin is on migrants’ perilous path.

As I searched for the link to Riham’s piece which I clipped out of the newspaper 3 days ago and tucked it folded into the paperclips on my appointment book I came across another report on the European immigrant crisis. Thousands more refugees arrive in Austria, Germany.

There are certainly plenty of economic, social, cultural, ethnic and political reasons for the insane upheaval in the Mideast which is causing this immigrant crisis not seen in this magnitude since the end of WWII. But one of the key reasons for the turmoil, if not the main one is our old “friend” religion.
The Syrian Civil war is a mess of factions fighting one another and they are split along Islamic sectarian lines: Sunni vs. Shi’a. The Sunni rebels (ISIS included) want to depose the Shi’a regime of Bashar al-Assad. The Syrian conflict is considered a “proxy war.” From the wiki:
“A United Nations report in late 2012 described the conflict as being “overtly sectarian in nature”, between mostly Alawite government forces, militias and other Shia groups fighting largely against Sunni-dominated rebel groups, although both opposition and government forces have denied it.Due to foreign involvement, this conflict has been called a proxy war.”

Saudi Arabia (Wahhabi Sunni) and Iran (Shi’a) are said to be waging war against each other thru the forces on either side of the sectarian split. The upshot is the millions of refugees it has created since the war begin around the time of the Arab Spring in 2010-2011. 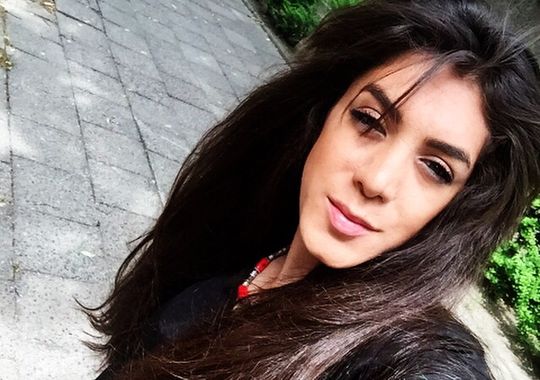 What gets lost in the millions are the personal horrors of very real people. We hear about refugees and they aren’t our family, our neighbors or our fellow Americans. They seem to be faceless masses of people different from us: “victims of smugglers,” “boat people.”

Riham ends her piece with an all too real remembrance of person just like any of us with a cell phone, a hobby, a family, a home, a vocation:

“What most haunts me most, however,…is the death of my friend’s little sister. She was an architecture student and a beautiful singer. She drowned in the Mediterranean Sea with 200 other people when their boat sank on its way to Italy last year. I used to hear her practicing when I visited my friend’s house in Damascus. Her name was Maysoun. I still hear her voice”