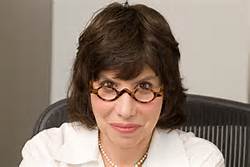 Allison Gopnik
Developmental Psychologist, Professor at the University of California, Berkeley. Author of 4 books and hundreds of articles, Wall Street Journal columnist.
I use her TED video below in my Developmental Psychology classes. Besides being an interesting and entertaining speaker Gopnik provides clear examples of the kind of clever psychology experiments investigators can conduct with even young children who cannot always respond verbally and still provide insight into the workings of the developing mind.

Gopnik and her colleagues have shown how the child’s mind is doing statistical analyses of the events in the world around them, quite unconsciously of course, with social situations, decision making, causality and language processing and learning. The complexity of the human brain and its ability to produce behaviors we once attributed to a separate mind or soul is being discovered in work like Gopnik’s and others indirectly dispelling old primitive religious ideas about the human animal. This is the real deal and not speculative nonsense, but just good science. Careful systematic observation, clever experimentation, good controls, statistical analysis and replication.
This is what we can do when we are not doing religion. Women are barred from making decisions, contributing their knowledge and insight, managing and leading in almost every religion on earth.
The Catholic Church and many Xian denominations, the Mormon church, Hindu and Buddhist practices all exclude women from full participation based on 2,000 year old patriarchal nonsense.
But not science. Women can and do make great strides daily, all over the world.
Gopnik’s lifetime body of work is but one more example of the egalitarian, democratic nature of science where people of any race or gender or social status can rise to their full potential denied to them by religion.
Religion deserves no respect for this and many other reasons. It is time we moved on from the archaic thinking ensconced in all religious thought. It stifles scientific progress with regards our true human nature and holds women as second class citizens for absurd reasons.
Women in science prove religions wrong at a number of levels. It’s allgood.