A new secular podcast is on the “airwaves” of the internet, The Illinois Report, hosted by a father and son team, John and Combo. It is a fast-paced entertaining 1/2 hour perspective each month on what’s happenin’ in the secular world.
Their well-produced audio clips, clever banter, humor and clear-headed analysis are always informative and entertaining exposing the “Theocracy in the Midwest” and the national and international secular and religious scene.
Check out the current episode on the “War on Christmas” and past episodes at The Illinois Report.

I’ve already learned at lot from these guys. I don’t watch FOXNEWS or can’t stay current with all the developments in the dialogue between the secular advance and the religious pushback and intrusions in our lives, but John and Combo cover it all, local Illinois and national events.
From the response to the Starbucks Christmas cup backlash 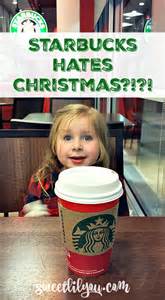 to the shenanigans of preachers and imams.

Yes, they have it all covered from teabags to douchebags!
(I’d never HEARD of this guy until they talked about him, Holy Moly, what a maroon!)
They keep an eye on and report what the politicians are up to both locally and nationally as well.
In 30 minutes you will hear the result of hours of well-researched and professionally produced news stories, commentary and analysis, with a bit of humor thrown in to keep it light.

The Illinois Report is another example of the New Enlightenment in full swing. Secular meetups, video channels, podcasts, blogs, tweets, Facebook posts, newspaper, magazine and internet articles, speakers, books, debates, presentations, you name it: the juggernaut to diminish and eventually rid ourselves of religion, its superstition, absurdity and repression that does nothing but hold us back and ruin lives for so many around the world is advancing everywhere you look.
John and Combo at The Illinois Report are part of the growing grass-roots effort to inform us all about the damage religion causes in our daily lives and that us non-believers are not an isolated, tiny minority anymore.

From their links page:

“If there’s nothing else we want you to take away from The Illinois Report, it’s that you’re not alone. Below are some of our companions, brothers, sisters, comrades, and friends in this movement.”

They got that right. We are at 23% “Nones” (not affiliated with any religion) here in the US and growing.
Keep yourself educated on what’s going on in our very real and formidable community of non-believers and get entertained and enlightened by their unique perspectives when you listen to the The Illinois Report.