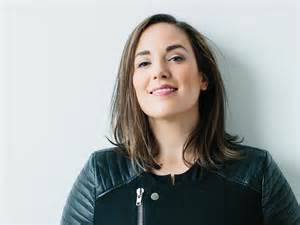 Chelsea Shields is being a very bad girl, not wearing sleeves and asking to be included in decisions within her church that only males are allowed to participate in. How silly can she get?
Well, pretty damn silly from the LDS Church perspective as she is not backing down for her rights as a female within the Mormon cocoon.
It is pathetic in this day and age, the 21st century that women worldwide have to fight ridiculous ideas, mere ideas, wrongheaded, stupid, patriarchal ideas upheld solely by religions.

This TED video relates the story of one such courageous woman desperately trying to bring her religion, a religion and community she cannot let go of, into the modern world. It is excellent.

I was blown away as I had written the very same argument against religions at least a year ago into the Introduction of my forthcoming book “The Arrogance of Religious Thought.”
It says the same things Chelsea does, only my example is of Catholicism. We even use similar phrasing. Here is my vignette excerpted from the book exploring the same blatant, idiotic misogyny:

What if your neighbor said?
“Hey I just joined this really great organization, it’s awsum, has huge resources, weekly meetings, a lot of support, a real sense of community, well organized, branches all over the place, a long history, well-funded and really stable.“
Wow, sounds great!
“Yeah, even chance for advancement!”
Hey, that’s fantastic, congratulations!
“Yeah, as long as you are not a woman”
What?
“Well yeah, women can’t be in supervisory positions.”
What?
“They can’t be supervisors, managers, executives or president.”
And you like this place?
“Oh, yeah it’s great, I mean it is in their charter that women can’t be in authority positions, it has always been that way, that’s just how it is, goes way back, no big deal.”

You wouldn’t be too impressed with your neighbor and his admiration for this company nor would you think too much of any corporation, charity organization, social club or govt. office if it operated like that. In fact the outrage by most would be palpable in today’s day and age if any organization blatantly and un-apologetically tried to get away with a discriminatory policy such as that. Yet that is exactly the situation with the Catholic Church and many Xian denominations: the only thing female in Holy Mother Church isn’t the church or its management, just the line workers, the nuns.
They can never be priests, bishops, cardinals nor Pope. They are barred from management of the operation and can never be members of the executive level from which the head of the association is elected. I’ve always told my daughter never to join any organization of which she couldn’t become the leader. We wouldn’t allow such primitive, demeaning discriminatory practices in any other entity or function in our modern society, but if it is within a religion, then somehow it is OK. Religion gets a free pass. This a classic example and but one of far too many of the arrogance of religious thought

Chelsea’s website has telling statement in it that made me wonder how, as a PhD candidate in Anthropology, feminist and activist she can yet hang onto the absolute absurdities of the Mormon religion, all dreamed up and offered as “revelations” from one guy, Joseph Smith, a con man from 1830’s upstate New York?

“At the core of my work is the notion of “evidence based everything.”

That just doesn’t square with remaining Mormon, or a member of any religion for that matter. Faith is belief without evidence and all religions rely solely on the phony claim to revealed scripture received from one god or another by their prophet(s). There is no evidence for anything in religion, only claims of personal revelation and hearsay of same. How does one compartmentalize to that extent and be an empirically based academic and business person (she does brand/marketing consulting) and yet follow the ridiculous fantasies of as hard-core a religious community as the LDS Church?
Such is the power of child indoctrination, social pressure to conform and the powerful desire to remain an integral and non-confrontational part of family, community and church is my explanation.
If you believe in evidence, it becomes damn near impossible to tolerate faith of any kind.

Well, evidently she is no longer active in the Mormon Church and no longer believes in its scripture and according to her wiki, now considers herself a secular Mormon. Bravo for her! As I have said before when discussing the no-longer Evangelical but very much still a Xian blogger and author, Rachel Held Evans, leaving the religious cocoon is a very difficult if not impossible process for many. You can’t blame them. And they are not stupid. Chelsea certainly is nobody’s fool either.
It looks like Ms. Shields was able to make the momentous leap.

I was really struck by the fact that she used the same words I do in her Ted video that “religion gets a free pass” when it comes to discriminatory doctrines against women and gays, even ethnic groups.
I think the recognition that religion is arrogant and unfounded and no longer deserves that free pass is becoming mainstream.
And that’s allgood.
end religion now.