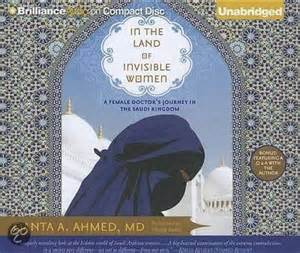 Qanta Ahmed’s detailed exposition of life in Saudi Arabia, In The Land of the Invisible Women describing life in the Kingdom both in general for the average Saudi citizen and as a woman, a professional woman is compelling and appalling at the same time.
Qanta is veiled when in the homeland of her religion; 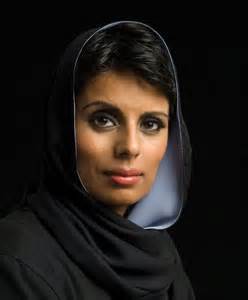 And in modern dress and hairstyle when back home in England or the US, where she now resides: 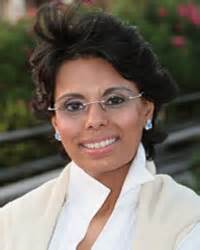 From her website:
Qanta A.A. Ahmed MD,FACP, FCCP, FAASM
“Dr. Qanta Ahmed is a subspecialist board certified sleep disorders specialist and faculty attending physician in the Department of Medicine as part of the Division of Pulmonary, Critical Care Medicine at Winthrop University Hospital in Mineola, New York. Dr. Ahmed is appointed Associate Professor of Medicine at the State University of New York (Stony Brook). She practices sleep disorders medicine in Garden City at the Winthrop University Sleep Disorders Center where she treats adolescents and adults of all ages.”

This an intelligent, worldly Western-educated woman, raised in England as a practicing but very liberal Muslim who spent a 2 year stint in Saudi Arabia as a visiting physician and who left the land of the Wahhabi Islamic theocracy to work and live freely back in a developed Western democracy, the US.
She is another of the courageous Muslims who call for reform by emphasizing the human rights values within her religion, instead of the verses in the Quran and Hadith which require domination and isolation through the caliphate and the rule over or destruction of unbelievers which the many Islamist movements emphasize to the world’s dismay, mostly to the obscene repression and violence toward other Muslims. She describes that repression and violence as a Muslim visitor throughout her book.

She has been attacked by other Muslims as an infidel supporter of Israel. From the Wiki:
‘Ahmed is accused by her critics of being a “Zionist in Muslim guise”. She is firmly opposed to the boycott against Israel, saying that the boycott movement attempts to vilify Israel. Ahmed is opposed to the occupation of the Palestinian Territories, but admits that she doesn’t know how Israel can relinquish control over a region hosting “a virulent Jihadist ideology” and leaders calling for Israel’s destruction. In 2010, Qanta wrote, “Call me an Accidental Zionist, if you must, but Eretz Yisrael is a vital shelter, an only shelter, from lethal, genocidal anti-Semitism… If we care for wider humanity at all, we must all be ‘accidental’ Zionists and want for the Jews, for the Israelis, what each Muslim already has for themselves: a future, a nation and a faith, secured.”‘

A clear-headed view by one who is yet a serious Muslim and walks as comfortably in the modern world and the medieval confines of Islam.

A telling example of the blatant ancient lunacy promoted in the 21st century by the religious thought conveyed by Islam is all too apparent in this excerpt from her book. The anecdote is related to her by a male friend who also spent time in the Kingdom:

“‘One funny little story comes to mind Qanta”, David chuckled to himself in anticipation of the tale,
‘My wife attended a talk at the embassy given by a young woman, a member of the US Air force, who piloted one of those huge tanker planes that did mid-air refueling during the Gulf War. She told us a story about her first fight into Riyadh, which even I couldn’t believe. As she reached the Arabian Peninsula, she radioed the control tower for permission to land in Saudi airspace. She was met by complete silence. There was absolutely no reply at all. She began to think her radio was faulty but continued to no avail. Luckily her second officer was male. He tried, and since his voice had the “proper timbre,” David guffawed, he was answered in the usual protocol. The landing proceeded. “After all, since women are incapable of driving here, the first request couldn’t possibly have happened, Qanta. The apparent female voice must have been a djinn!'”

Djinn.
From whence our anglicized “Genie” comes from, magic lamp and all. Devils of the Arabian desert, born of smokeless fire and possessing a host of forms organized in a hierarchy of powers and behaviors in the Muslim demonology. And assumed without question to be real as they are mentioned often throughout the Quran. This fantasy is as real as the wind and the rain to the vast majority of Muslims. Most American Xians no longer believe in the devil, despite Xiansanity’s promotion of same. Reformation and secular influence have tempered this delusion. Muslims, whether in Islamic countries or enclaves of the believers in non-Muslim countries are much more immersed in medieval thinking.

Absurdity upon fantasy upon absurdity. Here we have a 21st century man, working in the state of the art technology of modern military aviation, directing behemoth aircraft as an air traffic controller making critical, empirical decisions in seconds given his advanced and formidable training yet he simultaneously thinks with the mind of a medieval, illiterate, desert nomad, and a patriarchal buffoon due solely to the accident of his birth within a stifling, primitive, repressive perniciously religious culture. It could not have been a woman piloting that plane. That is impossible in his worldview from within the Wahhabi-Saud theocratic cocoon. His culture, everything he knows outside of his technical training tells him that. And his religion tells him it must be a devil talking to him through his headset.

This is what religion does to man’s brains.

Qanta Ahmed’s entire book is full of similarly incredible juxtapositions of such insane parochial ideas and imported modernity. The chapter on the treatment and status of women in the Kingdom is worth the book alone, but her own personal story and the vignettes from the lives of so many others born into this madness that is Islam, Saudi-style make the book a must read. All religions promote insanity, fantasy and delusion, some more than others. All religions are repressive to women and gays and restrict normal human empathy and sexuality, but Islam surpasses them all and the Saudi version may only be super-ceded in ridiculousness and barbarity by the shifting Islamist terror groups such as ISIL, Boko Haram and the Taliban.
end religion now.
All of them.