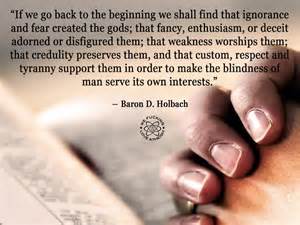 The more I read of what’s happening with religious belief in this world, the more I talk to folks at my secular meetings, and the more I see people exposed to and allowed to investigate the reality of their religion, I begin to think we are seeing but the tip of the iceberg as far as outright rejection of religious nonsense.
People aren’t stupid. Religious people are not stupid for believing what they do. They can be brainwashed as children and convinced thru social reinforcement and coercion that religion is a natural and good thing. Ir-replaceable, inextinguishable, imperishable, necessary and needed: all these things are assumed true of religion…until one examines it for themselves and one finds it is all smoke and mirrors…all bullshit.

Like the opening quote above from a gentleman writing in to Richard Dawkins Convert’s Corner.
Mr. Peterson’s personal story is a great, quick read. Here are some excerpts of his path from unquestioning acceptance of the cultural norm that is religion to his chance discovery of the obvious hoodwinking he’d gone thru, ALL in any religion undergo.

“I never really gave religion or my faith much thought…”

” I came across The Unbelievers and watched it. I’m 41 years old and I couldn’t believe what I was seeing/hearing.”

” That night I ordered The God Delusion and Something from Nothing and read them both in about a week’s time. From there I went to Youtube and started to watch hours and hours of debates and other videos…from Sam Harris to Neil DeGrasse Tyson to Christopher Hitchens to Daniel Dennett to Julia Sweeney to Penn Jillette. I’d say it only took me a couple weeks to fully realize that I had been bamboozled in my youth and beyond.”

That is often all it takes. Not that fast for everyone, some may never turn the corner, but so many who throughout their lives never give whatever religion they were brought up in a second thought, all it takes is a little evidence, some unrestrained, personal investigation…and the smoke clears and the absolute fantasy and absurdity of religious claims and thought are exposed for the nonsense they are and always have been. It is mostly custom and respect, sometimes continued coercion, but mostly mere cultural acceptance that keeps religion exempt from analysis. But no more. The gloves are off.

How many more are out there, identifying as religious, but who haven’t ever given it much thought, haven’t ever been compelled to question what they were taught and society takes as true and normal?
I’m beginning to think the ranks of the religious are filled with folks who would catch on in a heartbeat if they only knew the level to which they have been hosed.
Its our job as secularists to tell them.
It is why I write.

And Mr. Peterson has the last word:
” It hasn’t been the easiest road, but I know it will only get easier and that the truth now has one more person on its side”