Gad Saad, Lebanese Evolutionary Psychology Professor at Concordia University, Montreal,Canada interviews Faisal Saeed al Mutar, Iraqi activist and speaker. Both are from the Middle East, who embrace the secular ideals of individual rights and freedoms. They discuss the situations in the Levant, the regressive left (the Ostrich Brigade), the Middle East mindset, Arab tribalism, honor and shame, even how moving to atheism may be easier than attempting reform in Islam! It is a wide ranging, informative exchange that provides a great deal of insight into the situation of Islam in the modern world.

It took Faisal 4 years to emigrate out of Iraq (ISIS was down the road from where he lived, al Qeda killed some of his family members) to make it eventually to the US where he lives now and runs the Global Secular Humanist Movement.

From Faisal’s wiki:
“Due to his conflicts with Islamists over his secular humanist identity and the deaths of his brother, cousin, and best friend in sectarian violence, Al Mutar fled Iraq and received asylum in the U.S. in 2013. After living for a number of months in Houston, Al Mutar moved to Washington, D.C., where he lives and continues to operate GSHM with the broader aim of using ‘reason, evidence and scientific methods of inquiry — rather than faith and mysticism — in seeking solutions to human problems.’ He also serves as a community manager for Movements.org, a platform which ‘allows activists from closed societies to connect directly with people around the world with skills to help them.'”

When you hear the idiot rhetoric of Trump and other Repubs about the Middle East refugee situation, you realize Trump and others have no clue how many people, regular middle class families, are trapped in these horrible situations where the threat to staying fed or alive is immanent. Faisal lost a friend and members of his immediate family to Islamic terrorism, which kills more fellow Muslims than any other group of people. He notes that years ago when he was first trying to escape Iraq, many Iraqis would apply for refuge in Syria. Nowadays, Syrians are flooding into Iraq! That is how bad things are for Syrians if Iraq has become a better place to attempt to live. All across the Islamic world from Morocco to Yemen, Iraq, and Iran, to Afghanistan, Pakistan and into Indonesia, Islamic conflict is ruining the lives of hundreds of million Muslims. Their countries are violent, repressive messes, stuck in a religious and political, medieval time warp.

You get a real sense of that repression in listening to these two gentleman talk of the mindset of Islam, drawn both from the religion, and the larger Arab culture.

At about 9 minutes in they examine the vetting system used to let refugees into the US. Despite multiple interviews and other strict requirements to be granted asylum, the US could drastically improve the process by employing former refugees, who have adopted the secular values of the West, to screen the incoming refugees for acceptance of these same values. The cultural and religious knowledge they could bring to bear would be invaluable. This is what the Trump and the Repubs really want (as do all of us): that no Islamists get in. The old values of Islam must be dropped in favor of modern individual freedoms.
The US has done a better job than most European countries in not having huge enclaves of Muslim people living isolated from the surrounding society, preaching western hatred and demanding sharia law. We do have a few, and we experienced the homegrown terrorist attacks in San Bernardino, Boston, and Ft. Hood, with numerous smaller incidents of Islamic violence in the US that occurred since 9/11.

There are roughly 3 million Muslims living in the US. Many are professionals and most have assimilated secular values which, as Faisal and Gad express, are so important to the reform or decline of the Islamic religion. Religious ideas are not to be respected purely because they are religious. They often are plain wrong. 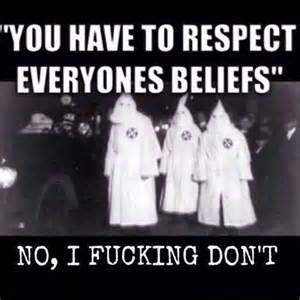 Faisal’s use of the title “Global Secular Humanism Movement is so indicative as well. Secular humanistic ideals are no longer a set of values exclusive to the West: individual rights and freedoms have been adopted across the globe, both East and West. Democracies make up 60% (117) of the world’s 193 countries today. This is up from but a few in 1900, and less than half of all nations in 1990. The vast majority of the countries that haven’t moved to electoral, open societies are Islamic ones, and most that do hold elections are yet ripped apart with sectarian Muslim violence: consider Egypt, Iraq or Afghanistan. The rest of the globe has moved toward secular values, the Islamic world is still wallowing in 7th and 8th century, Arab ideals. 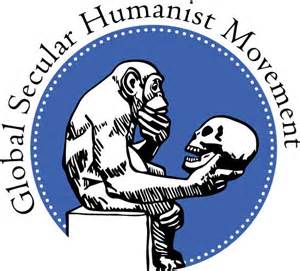 At about 25:45 Faisal drops a bombshell, without even emphasizing it:
“What I have seen, is that there are more atheists in the Arab world, than there are Muslim reformers.”
WTF??!!!
Faisal and Gad talk of the difficulty of reconciling modern values with the Koran and hadith, how reform may sound good in theory, but actual reform may encounter many obstacles.
Faisal further observes: “…atheism is much less work.”

WTF II? Yes? Hard to imagine? You bet. But it makes sense.
Good reasons for this viewpoint emerge throughout their discussion. Here is but one example.
The first verses of one the first Sura’s in the Koran (Al Baqqara: “the Cow”) says:
“This book is infallible”, observes Faisal, and so to square that circle with saying that one should emphasize one verse or time period over another from the Koran, under the various reform schemes of Majid Nawaaz, Ayaan Hirsi Ali and others becomes a real challenge. It may be easier to drop the book altogether, which apparently is what is happening with so many all across the Muslim world. Witness the recent hacking to death of atheists in Bangladesh.
When the very beginning of the book claims it is infallible (“the Cow” is the second and longest Sura in the Koran, and one whose verses are often quoted and recited in prayer) it presents a roadblock to interpretation of one verse over another. Reform becomes not impossible, but not a simple matter either.

The entire discussion is well worth listening to if you want some real insight into the problem that is the religion of Islam.

As with all religions, it is not the people that are the problem, it is the Book.
The world must turn away from all religious ideologies of the past, to embrace the modern ideals of reason, tolerance and progress.
Maybe as Faisal is seeing, atheism is NOT the stretch we all assume it is. Maybe we should adopt a different perspective and realize that as non-believers ourselves, it is arrogant and ignorant to assume that the leap to atheism is too far and too hard for too many believers. After all, most of us Unbelieving Scum were once believers too, many pretty hardcore!
Non-belief may well be easier than reform, even from within stifling Islam.
Possibly, we should adjust our perspective and consider selling the idea of coming ’round to non-belief more than ever before. We all did it. It works for us Unbelieving Scum, why not for all?
Consider also, than when society reaches “critical mass”, when non-belief becomes so normalized that it is easy, even passe’, to say you don’t believe, most may quite easily make that step.
Not believing in any god or religion, might no longer be such an improbable leap, if we don’t consider it so.

4 thoughts on “Get educated on Islam and the Arab world: 2 ex-Middle Easterners talk”