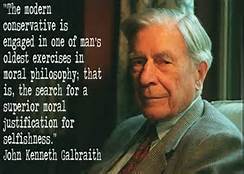 A recent article in the Daily Beast on the current political changes in this very unique Presidential election, noted an interesting and telling fact while covering the electorate changes in Florida:
“All South Florida Cubans support the normalization of relations with Cuba, for example, except those older than 65, and even among them it’s awfully close.”
That is huge. Like gay marriage going down in ‘Murica, this is a sea change, a major swing in thinking in but a generation.
“Sea change” is another idiom coined by Shakespeare, in The Tempest evidently. I’m not educated at all on Shakespeare, I like hockey. I wiki’d it.
Learn something new every day. Guess that makes me a liberal: to learn daily, not cling to old ideas, change in light of new knowledge, not try to maintain the status quo just for sake of tradition, “cuz that’s how we always did it’, no return to “good ole time religion,” instead, figure out when you did something wrong and try something else. 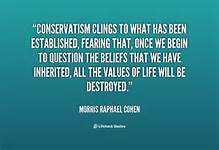 The Conservatives it appears, are getting hammered on so many fronts. I wonder if someone, some sociologist somewhere with a bent toward the digital, is tracking this transformation already and could make the case that the speed of social change we are seeing is due, let’s say, 40% to the very new social acceptability of questioning old ideas, and 60% to instant information availability, largely powered by the Net, PC’s and smartphones. Information at ones fingertips in a matter of a couple of keystrokes, in seconds…tap, tap, tap, and now I know the derivation of the phrase “sea change.”
Boom. Done. Next?
It is that fast. Change is said to be uncomfortable for conservatives. This lightspeed change we are experiencing nowadays has just got to be making large knots in under-drawers all over ‘Murica as we speak.

So for decades, at least since when I was in grade school and the ill-fated and murky Bay of Pigs invasion-attempt fiasco went down, the US hated Cuba and that was that and we would not do business with them. Ever. Period. ‘Cuz they were Communist scum. Socialists…everything evil. No matter that we did business with Communist scum all over the world, even Red China, since Nixon’s one great maneuver in the 70’s, Cuba was still off limits. The conservatives made sure of that…and that fags couldn’t do each other in the ass while wearing a wedding ring. (In all actuality, my gay friends have similar attitudes toward anal sex as hetero’s do). Conservatives tend to be clueless on that one as well as part of their overall avoidance of modern knowledge, especially eschewing the science of human sexuality that the young, even the hard-core Xian ones, have no problem assimilating. Gay marriage is a done deal.

So Obama goes to Cuba and the Conservatives take it in the ass, butt one more time. (It was there, I had to take it).
The electorate today has changed already. Even conservative-raised Xian kids don’t buy their grandparents Xianity. They have no compulsion whatsoever to consult the Bible on the issue of sexual orientation, even sexual practice, and they don’t have a problem with normalizing relations with just another Communist country, Cuba. Our Canadian brethren just to the north of us have been laughing at us for years, enjoying vacations in Cuba and engaging in trade with them as readily as we do with China. And now, like gay marriage, it is also a done deal.
The Conservatives lose another big battle.

OMG! What next?!? (said in exasperation, by the Anne Coulter’s, Sean Hannity’s, Glenn Beck’s, Dinesh D’Souza’s and Bill Donahue’s and Bill O’Reilly’s of this world).

“Nones” in politics, that’s what.

That’s what’s for dessert, kiddies. Secularists, unbelievers, non-religious, even outright atheists. “No religious affiliation” or “religious, but secular” is the trend we are seeing, in the State capitals and the Capitol itself.

We have always said an atheist could never be President. Well, we just might dump that truism as fast as we dumped the conservative roadblocks to gay marriage or Cuba. If you had said to anyone in the 80’s when the gay movement was just gaining momentum and normalization with Cuba wasn’t even on anyone’s radar, that in but 30 years, both would be non-issues, settled and in full swing, they would have replied that you were absolutely delusional, smoking something way too powerful, or listening to too much disco maybe and your brains were scrambled someway or another. But it happened. They both happened.

Here’s but one of a number of examples of outed non-religious types running for office, this one for the Florida legislature. 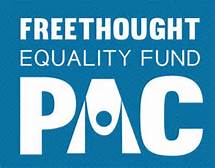 Check out the Freethought Equality Fund PAC’s facebook page for a whole slew of secular candidates, running at all levels of government, all over the country!!!

Jamie Raskin a practicing Jew, spoke at the recent Reason Rally in Washington. He stands for all secular values and separation of church and state. Still a believer, he counts as another secularist in government, currently a Maryland State Senator, now running for Congress.
This is the future and the future is now, not 50-100 years down the road, but now. 6 countries ’round the world have outed atheists as leaders. How fast might it change here in the US with a few decades of secularist progress in politics? It is not crazy at all. 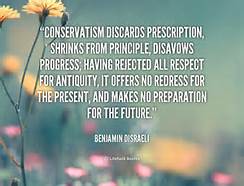 I’ve always said Information Kills Religion, but why? Why does it? For the same reason, education kills conservatism. Old ideas tend to be wrong, incorrect, or at best, less correct than new ones. New knowledge tends to be better than old. It is that simple. Religions are nothing but repositories of old, bad, wrong ideas. Really old, really bad ones. Some of our worst ideas on the planet reside solely within religions. Misogyny, homophobia, delusion, mythical fantasies, science denial, anyone? And religion is by definition the most conservative of social institutions. It’s no accident, especially here in ‘Murica they tend to go hand in hand. But political and social conservatism lose eventually for the same reason religious ideas get discarded. They are usually wrong. Inferiority of women, they shouldn’t vote? That social sea change, just about 100 years old now, is long past, never to return. Civil rights and gay rights that the Conservatives fought so hard to block? Done deals as well.
People today, young and old have access to better, newer information faster than ever before.
When there is no better reason than “that’s how we used to do it” old ideas eventually lose.
And “eventually” is getting shorter all the time.
An atheist in the White House…why the hell not?