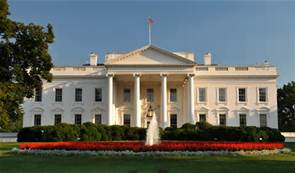 This is usually not a politically tinged site, except where evangelical/conservative forces are concerned, but like many stunned by Trump’s unlikely win, I have my concerns.
An inexperienced President who doesn’t read much and has shown he is largely ignorant and worse seemingly uninterested in science, coupled with a Repub majority that has shown to be anti-reason as much as anti-science, it could be a long 4 years.
Part of me says “oh well” its the usual cycle, the Repubs had 12 years with Reagan and Bush 1.0, the Dems had it 8 years under Clinton, then the Repubs again with 8 more years under Bush 2.0 (GW), and then the two terms of the Obama Liberal Democratic Presidency and back to the Conservative Repubs in another squeaker like Bush and Gore where the Democrat won the popular vote, but lost the election, as it appears at this point with Hillary Clinton. They are now reporting she lead by 600,000 votes (instead of 300,000) and it is estimated it may be close to a million once all the absentee and provisional votes are tallied.
Bush 2.0 pushed Creationism, was a science illiterate, a hawk, not a rights advocate… so Trump is the typical Republican in that sense. Though he has been very liberal in the past, he pushed the Conservative agenda to get the religious vote. They did make a deal with the devil this time. Unlike Bush or the typical Republican, he is a conman, unapologetic misogynist, and unabashed racist (remember the “Mexican judge” comment?) who doesn’t give a damn what he says or who gets fucked and he aspires to be a thug like Putin and has the ego of Italy’s Berlusconi. America is going to find out soon how much Trump wants to make his mark on the US and the world.

A lot of the post election analysis says folks wanted a change, away from career politicians like Hillary, and that Hillary lied too much. Trump certainly out-lied Clinton or any politician in recent history by a wide margin, making things up on the fly with the fact-checkers going crazy, estimating he winged it and made things up (like the car salesman/conman that he is) close to 80% of the time. No matter evidently, he said what almost 1/2 of America, mostly white Xian folks wanted to hear: that China and Mexico cost them their mfg. jobs when it was mostly automation, that a wall, a fence whatever to control or deport illegal immigrants is the right attitude and that same old politics is the problem, even tho all the Repubs are as much a part of the system as Hillary.

Half the population got conned, and I sincerely hope we don’t all pay for it too dearly.

Trump’s track record isn’t promising from the honesty, business, temperament, knowledge or management perspective.
No experience in government, legislation, foreign affairs, science, economics or fiscal management.
His grandiose schemes where he plastered his name on a scattered array of ventures have mostly been failures and left a string of bankruptcies,over 4,000 lawsuits, hundreds, if not thousands of screwed suppliers and employees, unpaid taxes to multiple municipalities, swindled investors, and a consistent lack of culpability or regret in either business or his campaign. He has shown no real remorse or public service concern in either his ventures or his campaign rhetoric. This is what you can do with $100-200 million of inherited money. Do big deals that look impressive. Losing $900 million in one year however is not impressive, nor being forced out of your business (casinos and hotels) by the banks. This is an over the top deal maker, out to exercise his ego, and beat defenseless people (employees, small suppliers, municipalities) by short paying them whenever the fancy strikes and saying:
“So sue me, I got a couple hundred million to spend on long legal fights, you don’t. Take it or leave it.”

This is not a successful businessman. This is a spoiled rich kid with no creativity or passion for a dream, project, product or service. All the real successful billionaires: Cuban, Gates, Bloomberg, Buffet, Musk etc., all have known he was full of shit for years. Americans bought the con which only Trump blathered, that he was always successful and made good money on his deals and ventures when so many of his schemes fell flat and lost money and continue to do so. Big promises of great successes, just because his name is on it, that rarely make bank are his trademark. Plenty of investors, partners and municipalities have bought that promise and been royally burned. I wonder what makes Trump supporters think he will care to try to live up to any of the campaign promises he made them? There’s no indication he cares what anyone thinks or who gets fucked down the road. As long as he claims success, for him personally, then to him it is success.

Add in the misogyny, racism, conspiracy theories (birtherism, anyone?), dissing heroes like John McCain and the Muslim Army captain who died in Iraq saving his fellow soldiers (with Trump insulting his family), along with his general lack of concern for people and you have all the makings of a disaster. One hopes he fumbles along or is too busy or becomes too weary to be bothered with the daily security briefings, voluminous duties, recurrent crises and intense scrutiny of the Presidency. I wonder how often he will be in the White House at all (and how many gold fixtures and marble accoutrements he will install), versus back in his NY penthouse digs cranking out tweets at his enemies.

His list of failures when venturing into business of which he had little knowledge and often less experience is legendary: Trump Airlines, Trump Mortgage, steaks, water, golf tours, Trump tower, the infamous and pending lawsuit-full Trump University, the notoriously failed casino and hotel business, Trump vodka, more real estate deals that went south versus those that succeeded, Trump magazine, office furniture…you name it, he has failed at it.
When you have $100-200 million of inheritance, this is what you can do, throw anything at the wall with your name plastered all over it, often in gold and marble, and see what sticks. Sue or be sued over what collapses, don’t pay your taxes to suckered municipalities who were conned into spending big bucks in return for job creation from eventually successful ventures, lose $900 million and don’t pay any federal taxes either and don’t release your tax returns to show how you should be worth at least $5-10 billion after 40 years of investment of that kind of nest egg yet may be worth significantly less after too many failures to count and monumental accumulated liabilities…some businessman.

As I said, the election was so close and less than half of America was conned and voted for the scumbag…in the name of change or conservatism or just plain Xian “whitelash”. Many Evangelicals swallowed their sanctimonious pride just to make sure a Repub and not another damn liberal got in the White House. I’ve heard as well, that much of the Conservative element across races and genders just weren’t ready for a woman President. All I know is, Ill be dead or on my way out in 20 years and so will the majority of people who voted for this buffoon. The young who wanted Bernie or someone like him in the future will get their turn and hopefully it wont take 8 years.

Big ego leaders who display little empathy, with little concern for human rights, have made horrible messes in the past. Let us hope, Trump is more along the lines of the bombastic buffoon of a Mussolini, or the posturing thug Putin, than a real tyrant on a mission like a Hitler, Stalin or Mao. If a Mitt Romney or a John McCain had won against Obama, I’d have been concerned about the Conservative agenda holding us back, retarding progress once again for a spell, but I would not have worried about what America or the world would have been in for. I could easily respect the integrity of either of those Republican Presidential candidates in their attempt to govern with concern and proven public service dedication, whether I agreed with their policies or not. This rich brat, un-controlled could be a problem.