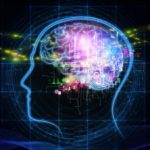 Despite the un-presidented science-illiterate if not outright science, even reality denying administration we have been saddled with by the archaic and entrenched Electoral College system, this article from Forbes magazine of all places, entitled 7 Things Neuroscientists Know that Most People Don’t gives the public the scoop on what modern knowledge we possess that our President-elect and his cronies may be clueless to.

It is a great short article on more of what psychologists know, mainly about perception, with a little neuroscience thrown in for good measure. A key point is that our brains construct our reality: what we see from the photon energy that impinges on the backs of our eyes is a reflection of all that is around us, assembled in short order by our brains, smoothing out the blurry parts and filling in the blanks so that we never notice them in the continuous movie we watch the moment we open our eyes. The article also makes the valid point that compared to the lightspeed of electronic transmission in our computers, our neurons are slow. Given that fact it is still amazing to realize that millions, maybe billions of our 85 billion neurons in the human brain all fire in succession at various points along our visual pathway giving us an image and an accurate understanding of what, where, color, size, shape, and movement of whatever it is we are seeing…in mere milliseconds. In less than a second in real time, 100’s of millions of those slow firing neurons open the window to our world seamlessly, instantly, every waking minute, every day of our lives. 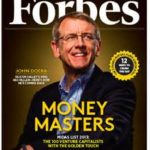 What I like best about this short but informative set of brain/mind tidbits is that it is published in a business magazine. So much of today’s science is not solely available in college textbooks or science publications, but everywhere: Yahoo News, newspapers, YouTube, TV, podcasts, blogs, and even business magazines like Forbes. The general public today gets more informed, quite frankly immersed, in just good science and lots of it, more than any other time in human history, often immediately through the ubiquitous smartphones in the the palms of our hands. Even if our current leadership avoids or denies much of what science has to tell us, we have a comparatively well educated populace, they key to a successful democracy. Not all business people are neither illiterate nor in denial of science by any means. Many are science and tech savvy and thanks to this level of short but informative neuroscience piece they get a sampling of what Intro to Psychology students get every semester.

I’m proud to be a college teacher, who is part of a system that is bringing more information about how our world actually works, how we and our brains interact and portray the world around us, to the public more than ever before. Check out the Forbes article and see what we teach routinely in college level Psychology classes, offered in clear easy to read and understand prose. Such knowledge, generally available, makes it difficult for society to go backwards to more ignorant times, even if our current leaders may not share the species-wide love for knowledge and appreciation of what science tells us. Check out the Forbes article. It is a nice break from, an antidote even to the turmoil of the “post-truth” campaign and daily fact-spinning of our President-elect.