Despite the incredible push from Trump and his conservative religious cabinet and advisors: Bannon, DeVos, Sessions, Pruitt, Price, there is so much progress to report on so many fronts that doesn’t get the big headlines.
Here’s a sampling of the “times they are a changing” data, even as Trump and the religious right roll back progress that has been made, or at least attempt to, while finding themselves up against a rapidly changing electorate.

On health care: Trump and the Repubs are having a tough time with the realization that the US public doesn’t want to go without health care so the rich can have even more tax breaks. The Conservatives are coming around to the patchwork of compromises that is Obama-care is better than anything they can cobble together (despite 7 years of time to figure it out) and that maybe the dinosaur that is the US will have to one day adopt the not-perfect but better than our mess solution that every other developed democracy has put in place to provide equal healthcare to all its citizens: a single payer system.

On a whole other front, despite the FDA and DEA’s dug-in, ridiculous and unscientific attitude on marijuana and psychedelics being as evil as the most addictive and damaging of drugs such as cocaine and the opioids; (right after alcohol in harm to society), the VA, saddled with billions in disability payments over the next few decades to millions of PTSD suffering vets, is willing to fund further research on the very promising use of psychedelics like MDMA Therapy for PTSD .

On the churchy side of things, the progress can be characterized as “not so much”…progress yes, but church attendance and participation among millennials…not so much. Of the young who were raised in a church, the majority are leaving. And then the many of the 18-35 year old’s that were raised secular and never went to church, they don’t go find one. (See PEW research linked below, 67% raised without religion, stay that way). They don’t know there is anything missing, aren’t looking for something they should be doing to replace church attendance on Sunday mornings, and do not discover they have the “god-shaped hole” in their hearts that Xian propaganda cons the faithful into expecting non-believers will one day wake up to.

Belief in the Bible in the US is at an all-time low: Gallup reports only 24% of Americans now believe the Bible is the literal word of god.

Even the very cautious, statistically reliant, and generally reasoned website; Nate Silver’s 538.com reports there may be way more atheists than we thought.

From Pew research we find that the 24-35 year old adult millennials are catching up to the 18-24 years old’s in identifying as Nones, with 34% and 36% respectively reporting “no religious affiliation”.

Finally, PRRI (Public Religion Research Institute) reports that 59% of Americans support gay marriage, with only the Evangelicals, Mormons, and Jehovah’s Witness’s, who comprise less than 19% of the population opposing it. Again, despite Trump and his “lets make a deal with the devil” Conservative Religious team’s efforts to promote religious “liberty” by executive order, they are up against the majority opinion of Americans who don’t care if gays would like to marry, just like they don’t want to lose nor pay more for their health insurance.

As bad as it looks in the headlines daily, with the Trump regressive circus in town dominating the news cycle, the times they are definitely a-changing, and fast, toward a more enlightened view of damn near everything. The fake news and bad news gets all the press. Progress is happening right under the Conservative’s (read: old white Xians) noses as we speak.

Onward and upward. We will just have to reverse all the regressive actions of this administration in the next few election cycles. Most of his base will be dead soon enough (old farts like me), and the 18-35 year old’s, being more diverse, less religious and more in tune scientifically, will resume the progressive advance. 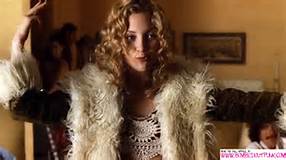 let’s speed it up.

One thought on “Conservatives: Slow to come around, always lose in the end”