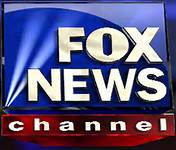 Fox News has had a incredibly successful, profitable run appealing to the conservative, religious, mostly Republican element in this country, portraying themselves a the purveyors of “fair and balanced” reporting versus the otherwise liberal media. They have had a 15 year run as cable new’s most watched channel. Who the hell watches Fox, right?

I wonder how many of the young, including the less conservative than their parents Xian youth of today, watch Fox News now. Their demographic is dying off quickly. It is entertainment for the elderly, mostly religious elderly that don’t like change, and were taught they have the higher moral ground, and that whatever is wrong with this country it must be Obama’s fault.

Fox’s CEO, the recently deceased Roger Ailes, was forced out due to allegations of sexual harassment, as was his star commentator Bill O’Reilly. That always struck me as the typical odd juxtaposition of how often religious conservatives are spouting on about morals, and then their heroes, their leaders, be they mega-church pastors, TV executives or blatantly amoral Commanders-in-Cheif’s always seem to find themselves engulfed in sexual scandals of one kind or another. Clinton, in contrast, as a Democratic liberal, had his issues with sexual misconduct, but it seems it was all consensual, not harassment under threat of job demotion or continued employment, and he didn’t just “grab them by the pussy” whenever he felt like it. It seems Bill Clinton just couldn’t keep it in his pants, despite being married. He evidently enjoyed consensual sex with various women throughout his career, some of whom later attempted to portray their encounters with Clinton as forced. These claims all seemed to be refuted from the evidence and testimony of close acquaintances. But the old folks can hate Clinton just the same, blame Hillary for enabling him, yet somehow exonerate their right-wing heroes from not consensual sex between adults, but blatant attempts corroborated by so many accusers to coerce sexual favors with threat of career damage.

Then there is the issue of outright fabrication. From the wiki again:
“On March 14, 2017, Andrew Napolitano, a Fox News commentator, claimed on Fox & Friends that British intelligence agency GCHQ had wiretapped Donald Trump on behalf of Barack Obama during the 2016 United States presidential election. On March 16, 2017, White House spokesman Sean Spicer repeated the claim. When Trump was questioned about the claim at a news conference, he said “All we did was quote a certain very talented legal mind who was the one responsible for saying that on television. I didn’t make an opinion on it.” On March 17, 2017, Shepard Smith, a Fox News anchor, acknowledged that the network had no evidence that Trump was under surveillance. British officials said the White House was backing off the claim, but the White House did not release a public statement expressing regret. Napolitano was later suspended by Fox News for making the claim.”

It appears Napolitano just pulled that one out of his ass, making him worthy of a Steve Bannon award for creative journalism. He could always get a job at Breitbart.

And now Sean Hannity can’t seem to let go of his latest conspiracy theory pulled from a Trump supporting private investigator who has said he has no evidence for his outlandish speculation that the murder of the DNC staffer Seth Rich was somehow carried out by Democratic supporters of Hillary Clinton because Rich was the source of the damaging DNC emails provided to Wikileaks during the Presidential campaign. Hannity is taking it from the media, Fox advertisers who are pulling out as they did with O’Reilly, and from Fox News executives who want him to shut up about this fake story as well. It seem Fox News is showing its true colors even more openly lately, and the heroes of its past 15 year conservative entertainment success story are being exposed and deposed one by one. I’m reminded of the outlandish claims of Senator Joe McCarthy and his obnoxious lawyer Roy Cohn. They had their blustering moment in the sun, lashing out with unsubstantiated claims with abandon. That power must be seductive. But they didn’t last long, and the world got real tired quickly of their false accusations and pious authority. It seems Fox and the other Fake News purveyors are getting their just rewards as well.

Lastly, it is truly disgusting that the buffoon and conman in the White House is the biggest mouthpiece for Fake News. But then he clearly said in his book “The Art of the Deal” that “truthful hyperbole” (bullshit) was his fav tactic for besting his adversaries in business negotiating. He certainly did employ that costly strategy throughout his high-end real estate development career, and he has had field day with it since taking office. Check out the Tally of Trumps False Claims. In less than 4 months he has made nearly 600 bullshit statements. Unbelievable.
Trump and his White House staff often repeat the “alternative facts” he sees on Fox or Breitbart after he has tweeted them in the early hours of the AM.

All I can say is “Keep talkin’ boyz”, the truth will out. Where fake news comes from isn’t the “liberal media.” It comes from the conservative spin-meisters who, believing they have the higher moral ground in protecting the old, correct, pure, way of doing things, will bend the truth or make things up outright in defense of their god-given sanctity. And Trump is their biggest parrot, their most obnoxious mouthpiece. The bullshit flows freely from Fox and the clown in the White House.
It is piling up all around him, and his sources.
Keep making things up, keep lying. It is catching up to all of you.