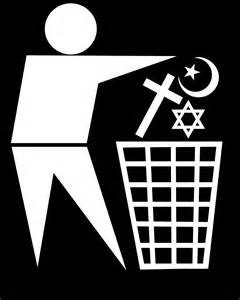 The steady, inevitable, secular advance is readily apparent in the data cited by two recent articles describing significant changes in the US population. First up, James Haught, in an article from United Coalition of Reason on the change in the demographics of religious identification.

In but 40 years, the mid-70’s to today, the number of US folks identifying as “white Xian” has been nearly cut in half from 82% (the vast majority) to 43%. Think about that. When I grew up in the 60’s and 70’s it was just a given, the norm, that we all went to church and most folks were white. The county I grew up in in the north (Illinois), was 95% white, with a few Hispanic families, and a few Asians (Chinese). There was only one black family for a time in our town of 12,000 for example and you never saw Indians (either from India or native Americans) or Vietnamese and few Japanese unless you visited Chicago nearby. Ethnic minorities were few. The county I still live in 50 years later, now has a great deal more African Americans, Hispanics, Asians, Indians (from India) reflecting a move out from the city of Chicago and steady immigration of families over the years. So I’ve witnessed the change in my own backyard. We are a very diverse area compared to the old days.

And its not just that church-goers aren’t predominantly white anymore, it is the number of “Nones” (no religious affiliation) that has increased to a quarter of the US population. There are now significantly less churchgoers, not just white ones, the Nones now being larger than either US Catholics (down to 21% from 25% in the 70’s) or White Evangelical Protestants (down to 16%).

Nones. 25% of the US population, and now 38% of the 18-30 year olds…Let that sink in. The irreligious, in America are bigger than the Catholics or Evangelicals. It doesn’t seem like it, does it?

With Trump in power and the Republican majority in both Houses of Congress (who tend to be white, Xian, many Evangelical) it seems like they have all the numbers. But they don’t. They are not the overwhelming majority they once were. And it shows.
Almost every policy Trump tries to put in place that reflects White Evangelical thinking, runs into opposition by the public, and the courts, not to mention the Democrats who are by and large more diverse, and tend to be liberal Xian of some kind. And most secularists I know who by their humanism, include diversity, progress, and liberal values in their views, identify and vote mostly Democratic. This also makes sense in that the Democratic presidential candidate running against Trump won the popular vote by nearly 3 million, and another million or two voted for progressive 3rd party candidates.In addition, many of the ultra-progressive Bernie supporters, overwhelmingly young, stayed home on election day. In total, I’d wager about 5 million or more did not vote for the Republican Conservative religion-backed candidate, who just got in on an electoral college victory. So as we are enduring the Evangelical/Republican/White backlash that Trump and his cabinet are attempting to foist upon the nation, the numbers have already changed, dramatically, and only recently to tipping points.

Why can’t secularists get their act together and take advantage of these large numbers? My answer is twofold.
1. It is all so new
2. We are…beginning to get our act together.

For the first point, this monumental change in US society has crept up on us over the last 40 years, and undergone a dramatic acceleration only recently. We are just beginning to recognize what has happened. While the religious right was consolidating (since Reagan and Carter) into the political powerhouse they are today,which barely squeaked Trump into office (possibly only with a boost from the Russian meddling?), the Nones were silently growing from 7% to 25% over the same time period. The religious get all the press, especially with Trump and his conservative retinue in power. But the US changed dramatically despite Conservative religious political growth. Even while winning the political power struggle, they lost the society at large.

James Haught makes this point in a lot of his writings, and he’s spot on. Only a few years older than I, we have both witnessed the same seismic shift in US culture in my lifetime:
“However, most people are too busy with daily life to notice that it’s happening. The best way to see the decline of religion is to look back a half-century to days when puritanical taboos had immense power.”
“Slowly, the culture shed church control. The Supreme Court banned government-mandated school prayer in 1962 and classroom Bible-reading in 1963. It allowed married couples to use birth control in 1965—and unwed couples to do so in 1972. Several rulings halted bluenose censorship of “sexy” books, magazines and movies. And religious displays on government property were partly banned. Bible Belt strictures of my youth slowly faded, thanks partly to the sexual revolution. Liquor clubs and lotteries became legal. “Sexy” magazines and movies flowered; Sunday shopping did also. Unwed couples began living together. Abortion became legal. Same-sex couples were not only were decriminalized, but also won the right to marry. Church taboos simply evaporated.”

That IS what happened. 2017 is a whole different world from 1967 or ’57. Conservatives lost ground on every front of daily behavior and attitudes. They yet have political might, but the demographics show a sea change is about to occur. The New Enlightenment movement, but a decade old since the publication of Sam Harris’ End of Faith, in 2004, is gaining ground rapidly with the rise of the Nones, especially among the young. The terms “Nones” was only coined by Pew Research but a few years ago, that’s how new all this is. Realizing we are not so religious anymore hasn’t sunk in yet among the wider culture in America. So now, one of the last taboo’s, being irreligious, a non-believer, a damned atheist even (who can’t possibly have any morals without god or religion…blah, blah, blah) is slowly crumbling. Trump and his old white folks want to see a return to old time religion (there are even Bible study sessions now in the White House, thanks to VP Pence) in trying to take back just a smidgen of the old norms, yet running into opposition left and right. The world has changed, the US is not the US of the 1950’s. Whatever retro-policies they put in place will just be reversed in the next election cycles, as the electoral power of the Nones, especially among the 18-30’s as they age and vote more, becomes evident. One major roadblock to progress will be the Conservative leaning of the Supreme Court, the longest lasting damage the Trump administration can inflict. 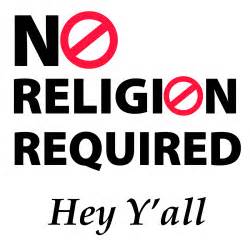 As to my second point, we are getting our irreligious, secular act together. The hundreds of local meetup groups, a few in every large city now in America, the 300+ Secular Student Alliance groups on campus, the regional and national secular meetings, the daily discussion of religion in every type of media, the dozens of podcasters, video bloggers, the dozens of deconversion, and “How to be an Atheist” books along with the “New Atheist” books of Harris, Dawkins, Hitchens, Dennett, Barker, and so many others, are all barely 10-12 years old. It is so new, but expanding rapidly and becoming a force to be considered. 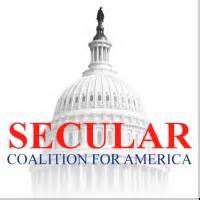 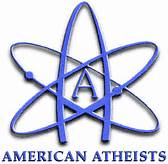 The Secular Coalition of America, the Freedom from Religion Foundation, American Atheists, American Humanists, Center For Inquiry, etc., have all seen their memberships and visibility grow exponentially since 2004. The Secular Coalition for America (SCA), of which I am the Illinois chapter chair, did its first Lobby Days in Washington, DC, visiting every member of the Senate and Congress’s offices for the first time ever just in the past few years. So many of their staffers had never heard of the SCA right down the street, and were utterly unawares of the Reason Rally in 2016, with ten-twenty thousand attendees, was going on the same weekend. Now they know, and will be reminded daily as the SCA lobbies Congress continually, and the members of Congress regularly hear from their growing number of secular constituents. We are coming together and growing as a voting force. 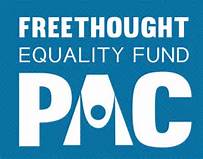 As a last example, the American Humanists formed the Freethought Equality Fund (FEF) PAC only a few years ago: the first national PAC dedicated to putting secular candidates in office at every level of government nation-wide. Instead of religious thinking, legally trained politicians, the secular movement wants to see evidence based thinkers, humanists, non-believers of any sort, many trained in science, to make up a significant portion of our nations lawmakers. They sponsored a dozen or so candidates in 2017 and already have over 2 dozen for 2018, most running for the House of Representatives in states spread all over the nation. Secular candidates are growing and will be making an impact in the coming years.

The secular advance is coming together rather well as of late, and another sign of it’s growth is the changing attitudes towards non-belief and non-believers, chronicled in this recent Pew Research article: A Growing Share of Americans Say its Not Necessary to Believe in God to be Moral.
Just in the last year or so another tipping point has been crossed with a majority now (56%) of Americans realizing it is not necessary to believe in god to be moral. In the 50’s and 60’s it would not even be a question for most Americans:
“Of course you would need to believe in god or have religion to have any morals” “Just look at those dastardly immoral atheist Communists, like Stalin or Mao.”
50 years later with “atheism/atheists” as regular terms in the media (also just occurring in the last decade of the New Enlightenment), and non-belief becoming normalized, the old religious propaganda equating atheism with communism and immorality is dying fast. The majority of Americans don’t buy that horseshit anymore. There is just too much information out there to the contrary, nowadays. And the old trope that you can’t elect an atheist will be going by the wayside soon as well, I suspect given the overall secular advance and the efforts of the FEF.

So the New Enlightenment movement, the secular advance, is chugging along nicely it seems, underneath the insanity of the Trump era in the US. His policies, (and daily lies) are being challenged for the same reason as the old ideas about non-belief: there is too much information to the contrary.