The 2012 Cambridge Declaration on Consciousness, signed by a number of researchers on the subject, declares that animals have consciousness because they have similar neural structures to those we humans possess. However, the declaration itself only discusses affective, (emotional) and arousal states and their neural correlates, not body image, self concept and reflection, thought, nor our “stream of consciousness,” nor our self cued recall, not our deliberate practice, or our extensive teaching, our motivations, nor the model of the world we carry around in our heads, which we wake up to each morning, carrying on with the episodes of our life that we store and reminisce about using our autobiographical memory: all of which require a human type of consciousness, and that animals show no evidence of having. Additionally, it does not discuss our unparalleled conceptual abilities which I will argue we would not be conscious without.
The Cambridge Declaration really only asserts sentience: the ability to feel sensations of perception and internal states such as pain. It is a given that any animal or human must be awake (not sleeping or in a coma), and alert to and aware of its surroundings. That mammals at least also feel pain, and other body sensations, I have no quarrel with.

But that’s merely the beginning of human consciousness. All the attributes I listed in the previous paragraph, of our experiencing a constant stream of thoughts, mostly the episodic memories of our past personal experiences and our scenarios of our future actions, the next minute, hours later, tomorrow, next week, next month, year, farther in the future with our selves as the main actor in imagined future situations in space and time, appear to be unique to humans and comprise the bulk of our conscious experience. The term for this is autonoesis: moving thru time in our past memories and putting our selves into imagined future scenarios: creating “future memories.”

It is rare that scientists decide or declare anything by fiat, but consciousness is an rather emotional issue, as is understandably, the treatment of animals, so it is not a total stretch why they resorted to a very unique, rather unscientific declaration…which also demonstrates and proves nothing.

“What is it like to be a bat?” was the title of a famous 1974 philosophical article on consciousness by Thomas Nagel. Like all philosophical inquiries, (eventually) his query now lends itself to empirical versus purely rational examination. With our relatively recent psychological recognition of our very much embodied human cognition, (versus the old philosophical assumption of a disembodied, rational, proposition-crunching “brain in a vat” view of human experience), we can consider what it would be like to feel like any critter, within their body, receiving their perceptions and sensations. Break down that experience of us feeling ourselves inside our own skin, the ongoing perceptual simulation constructed by the input coming in from inside our bag of skin and bones which we find ourselves in: the visual input, the visceral input, the external world modeling we place ourselves in, in time, and space, and our personal history (this time of my life), into individual components. Take each one away until no feeling is left. Examine which ones a given animal is likely to have (solely bodily and perceptual, I contend). 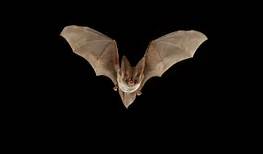 The bat components, the feel of its wings, the sensation of flitting thru the air, the ultrasonic ping of its own radar, and the taste of mosquito, does the bat experience any of it? We can surmise from behavioral and neurological evidence that he can. Could we simulate that suite of feelings with virtual reality allowing us to experience the perceptions and feelings a bat does? I suspect we are very close to such a simulation. So I think we can definitely formulate what it feels like to be any critter, and possibly recreate the experience in us at a high degree of similarity. We could know what it feels like to be a bat.

But there is a much larger question that is avoided by the Cambridge Declaration: Does the bat know that he is feeling what its like to be a bat? Does the bat know he is a bat and experiencing “batness” at the moment…or is it all quite unconscious perception and sensation going on, with no knowledge, no reflection, no re-representation of those bat feelings. The bat may feel pain, for example, but has no clue what pain is and that he is experiencing pain when he does.
I maintain that is the key distinction between any sort of claim for consciousness in other organisms and the bulk of human conscious experience: does any animal further model their experience in their daily stream of thoughts within a world in space and time, and objects, and events and other beings with similar minds, with their selves as the key actors…
“I Betty the bat, am feeling pain right now in my left wingtip, and that last mosquito tasted like crap, I think I’ll hunt over that other meadow tomorrow night, the bugs taste better there”

Now THAT would be human-like consciousness. Those sort of self-reflective, autonoetic, planning scenarios make up the bulk of our waking moments. If animals are conscious at all, unless they experience anything like the bat introspection I imagined above, their conscious experience is virtually nothing like our human one. I suspect they are awake, aware, alert, responsive, and feel sensations like touch, taste and pain, but have no idea that they are doing so. Meat puppets, flesh robots: with nothing like our continual awareness of not only outside stimuli and internal sensations, but awareness of our own awareness, modeling our selves moving thru a world of objects, people, animals, and events in space and time. We could know what it feels like to be a bat, because of this conceptual model that is our conscious experience during our every waking moment. There is no evidence for and a lot of negative evidence against a bat or any animal having any such conscious experience like ours.

Our brains run so much of what we accomplish: perceptions, our pattern recognition, motor programs, behavioral routines, drives, digestion, all without conscious attention, such that we fail to notice it. And we wrongly assume when we see an animals behavior that resembles our consciously directed behavior, that they must be conscious as well, when there is no evidence at all for that folk belief, and a mountain of evidence against it that the average person is wholly unaware of.

Chimps for example can see. They have vision. But they most likely don’t know they are in the act of “seeing” when they are. There is no need for that kind of conscious reflection, to produce the majority of behaviors in animals and man. A re-representation of what we are doing, remembered or imagined episodes in our lives, may be something utterly unique to human beings. We can produce the the thought “I am seeing with my eyes” effortlessly the moment we wake up daily. There is no evidence that even our closest genetic relatives, the chimpanzee, can.

When the mildly epileptic person is momentarily “gone” during an absence seizure, for that brief 30 seconds or so, they still see, can get up and walk to the door, reach for the handle under normal visual guidance, smack their lips and perform other simple behavioral routines…while simultaneously displaying utter lack of response to their name. Their self is gone, it is why it is termed an absence seizure. When they come back they can say I am seeing now, but operated without conscious reflection while seeing just moments before. I suspect strongly that is how animals operate. They see just fine, but have no concept of “seeing” no knowledge that they are “seeing” nor at a given moment in time, in a place, as we do.

I suspect chimpanzees and all other animals may operate without such conscious reflection 24/7; their entire lives. It isn’t necessary for behavior and there is no indication they have the conceptual capacity to know what things like “seeing” is, or what a chimpanzee or a bat is. The chimp I contend doesn’t know he is a chimp any more than a bat knows or needs to know he is a bat in order to ultra-sonically detect and catch mosquitoes.

The chimp will beg for food from an experimenter that faces him. We think “Well, he knows we can see him, that’s why he doesn’t beg to you when your back is turned, he knows you can’t see him.” But the chimp is easily fooled by placing a bucket over the experimenter’s head or having the experimenter wear a blindfold, the chimp will beg just the same, despite the experimenter no longer being able to see the chimp’s request. As long as the experimenter’s body is facing toward them, they will beg. From a number of experiments like these, it appears chimps have no concept of “seeing”. It would be a further, wholly unwarranted stretch to think the chimp could entertain the even more conceptually complex thought “I am seeing with my eyes right now.” We would need to prove at minimum that it has any of those concepts to make that thought: “seeing”, “I”, “eyes”, “right now.” So it appears the chimp operates quite blindly, automatically to the stimuli around him, not knowing what he is doing, following a simple unconscious behavioral rule “beg for food when the other chimp or person is facing you.” No knowledge of seeing needed, and strong evidence the chimp has no such concept.

And that is the subject of an entire book that I am working on now. The development and evolution of our unique consciousness, working title…”Animal Brains, Human Mind: Cognitive Evolution and Consciousness”.
UPDATE 3/19. The working title now is: “Tools, Concepts and Consciousness” which emphasizes the path to our unique conceptual driven consciousness was through the slowly evolving ability to manufacture complex stone tools that required spatial and abstract concepts.