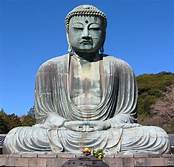 A Xmas “gift” courtesy of ancient religious thought from the other side of the planet: abject homophobia built into another primitive belief system. Many ex-Christians I’ve known have embraced Buddhism for its non-violence, meditative practice, and apparent acceptance of all humans in contrast to their belief-demanding, condemning-everyone-else-to-hell, divisive, often arrogant, queen of the Abrahamic religions: Xiansanity.
Whenever I have pointed out in the past to my Buddhist sympathetic friends, that much of Buddhism as its tenets delineate, is not as nicey-nicey as their cute teenage Hollywood understanding of Buddhism tells them, I tend to get serious pushback, even consternation at having the audacity to diss Buddhism at all. But in many ways it is as primitive and intolerant as any other 2,-3,000 year-old belief system. Case in point, the archaic, ignorant attitudes in Buddhist thought, handed down and mulled over for millennia by ancient sages of Eastern mysticism on the status of homosexuality.
Two examples:
First up An Intellectual Conversation Between Khenpo Sodargye and Professor Eyal Aviv on the subject of homosexuality in the modern world. Khenpo evidently, is a respected and renowned figure in Buddhism, having lectured at universities all over the world on Buddhist thought.

From the wiki:
“Khenpo Sodargye has become one of the most eminent contemporary Buddhist masters. As a Tibetan lama, a Buddhist scholar and teacher, a prolific translator into Chinese, and a modern Buddhist thinker, he is renowned across Asia and the west for his interest in the integration of traditional Buddhist teachings with global issues and modern life.”

Professor Aviv notes that gay marriage has been considered “inappropriate sexual conduct” in Buddhist writings and thought, and asks Khenpo if Buddhism should change in the modern world.
I takes 3 minutes for Khenpo to deliver an answer. While acknowledging up front it is not surprising that there are differences in sexual orientation, and that the Buddha never condemned homosexuals to death as in other religions, it is yet considered abnormal and the Buddha of course (as always) took the middle path, in that although it is not a major infraction, it could cause one’s karma to be negatively affected. Homosexuals risk causing “rebirth into lower realms”.

So altho Buddhist scripture doesn’t contain any thing as ugly and damning as the infamous
“clobber passages” of the Old and New Testaments of the Xian Bible, if your a guy and you wanna suck dick, you can still be a good Buddhist, but you might risk coming back as a cockroach.

Of course, Buddhist thought can’t really change, is the upshot of Khenpo’s rambling answer into the Buddha’s teachings and later sages commentary on the subject. No matter what we may learn about human behavior, no matter what modern science may show us, no matter what modern human knowledge and normal human empathy may tell us, whatever was written down millennia before and ascribed to divine sages like the Buddha or the prophets of whatever religion, their primitive ideas from ignorant times still hold. They have divine knowledge and it supersedes all subsequent learning.

What a crock of shit.

Check out the clobber passages link above for the ancient Hebrews take on homosexuality and modern, respected and renowned Xian leaders rehash of same. The Bible is a lot uglier than Buddhist ideas, but both are equally absurd and ignorant. These ideas were written down in the 1st centuries BC and AD. Primitive times. Primitive people. Primitive speculations about what is normal, abnormal, sinful, an abomination, un-natural. Modern science tells us variation in sexual interest, anatomy, and behavior is normal in hundreds of species as well as humans, and is mediated by genetic variation and especially hormonal effects during development in the womb. The rest is bullshit. Yet we teach children to respect these primitive ideas and the “authorities” that study them as wise, learned men. Yet they know only old ideas and the millennia of commentary upon them. They know precious little of real knowledge: science. We perpetuate this repression in revering old, wrong ideas.

For but one more example, here’s the Dalai Lama himself attempting to answer the question. He personally thinks it is a private matter, between consenting adults and he personally has no objection to gay marriage, but also acknowledges the old tradition that it is sinful.
For a good analysis of the varied opinions of the Lama in his public statements which tend to sound all nice sometimes, and at other times take a more traditional, negative stance, and for the different views of the main sects of Buddhism: Theravada, Mahayana, and Vajrayana (Tibetan), check out the article at Religionfacts.com.
What the contemporary authorities explain and the dogma says are certainly consistent in their mealy-mouthed answers: “It’s kinda OK, but not OK, but not super-bad, but not good either.”

The Dalai is considered by many to be a swell guy, and it seems he is a nice person personally, but the world can do without the archaic and repressive ideas of his religion.
“Khenpo often says, “I don’t know how long I can live, but even if there were only one listener, I would exert myself to benefit him with Dharma till my last breath.” (from the Wiki).

Point of fact, fellas: nice, sincere, guys you may be, we don’t need any of your old, primitive, unfounded, often intolerant beliefs, based only in old ignorant ideas. Please keep them to yourselves. Let’s let modern knowledge inform us what is normal and let our normal human empathy recognize the absurd repression inherent in old ideas about sexuality. We don’t need your Dharma, nor your karma.

Just more TART “The Arrogance of Religious Thought”.
End religion now
All of them.