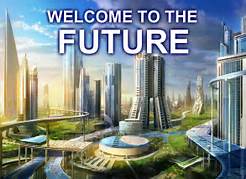 Sometimes in my random review of current events, I read the futurist stuff, like Stephen Hawkings’ conjecture that we need to get off the earth in 600 years…, or else, and I’m like: “really”? Stick to your particle physics and cosmology, pal. Futurists tend to predict dire stuff, and never get the innovations right that come down the pike. They predict doom and gloom, or stuff like futuristic cities and flying cars, but miss the Internet, smartphones, and lasers completely. Robots that will take over and subjugate us is standard scare-fare, but genetic tinkering of wheat or rice and other foodstuffs that let us feed the whole world…never.
So I pay no attention to the futurists like Ray Kurzweil, or Hawkings. Just cuz you are a genius in one part of one field says nothing about your competence in another. Einstein was gloriously right about physics yet was wrong about, and just couldn’t accept the weird realities of quantum physics. Doesn’t diminish what he was spectacularly right about, but that doesn’t make him an authority on what he didn’t like or come to accept. And his phenomenal insights didn’t make him or anyone else for that matter, prescient about the future.

H. sapiens
The average mammal species lasts about 2 millions years. Homo sapiens as a species is just pushing about 200,000 years (us modern humans) of existence, so we have a few million years to go (on average, of course). SO much can change in just 2 decades or 2 centuries, (much less 100’s of thousands or millions of years), that no-one ever predicts. Hawkings’ worry about overpopulation leaves out the fact that as we continue to educate ourselves and diminish religions grip on society, and more women around the world get educated past primitive patriarchal control and gain their reproductive rights…over population might peak a few decades from now. Also further advances in agriculture, including artificial nutrient production, etc., …and maybe we could feed 10 billion people. Nobody thought back in Thomas Malthus’ day that we could somehow feed a billion people, and in the 1950’s…dude, no way could we feed 3-5 billion by the 60’s or 70’s…and yet here we are feeding nearly 7 billion of the 7.5 billion folks on the planet today.

From Grameen Foundation:
“Poverty: Since 1990, the world has reduced the number of people who live in extreme poverty by over half. But that still leaves 767 million people living on the edge”

NOBODY predicted that…non-one ever predicts advances. It is good to worry about and tackle problems…but nobody predicts the fixes that come down the pike.

For a telling example, Neil DeGrasse Tyson often points out that when Einstein wrote his purely theoretical paper on the possibility of producing “coherent light” 100 years ago in 1917, no-one, including Einstein himself, had any inkling whatsoever of the tremendous impact that discovery would have on our daily lives a century hence. It took until the 50’s to figure out how to do it, and another 50 years for the practical applications to explode: Of course the “coherent light” I am referring to are lasers. They are now used daily, worldwide, in optical scanning, industry, communications, medicine, etc., etc., etc.
NOBODY predicted the huge utility of his purely theoretical conjecture, when he wrote the paper a century ago, nor in any of the decades since…there were too many contingent steps and discoveries and technological advances that nobody could foresee that had to develop first, making it impossible to predict the incredible widespread use of laser technology today.

Lasers produce similar wavelengths and energies of light that don’t fan out in all directions and can be focused to incredible intensities, which are now employed in 1,000’s of applications in our modern 21st century world. DeGrasse-Tyson loves to point out that nobody predicted the near-ubiquitous laser bar-code scanning the developed world takes for granted today. Then there’s light shows, skin peels, surveying, precision surgeries, mirrors on the moon, electronics, precisions welding, optics, military uses and 100’s of purely scientific research applications…the list goes on and on. Who predicted any of this?
Not Einstein, not nobody.

So when I read futurist stuff…blah, blah, blah…I’m thinking y’all haven’t a clue how the future will unfold. We still don’t have flying cars…

And when we do, they prolly wont look anything like we have sci-fi’d about for decades now.

And futurist predictions that utterly miss the mark aren’t limited to technological advances. Rarely do you hear of anyone predicting social progress at all, and if they do they miss sea changes in human interactions and cultural advances.

A black man becoming a US president…who the fuck called that one? Imagine if you had tried to tell the Freedom Marchers, jailed in some Alabama town back in ’63, hosed, set upon by dogs, with hundreds of white local folks outside just hoping they’d get released for a good ole timey lynching…what if you had told them:
“Don’t worry, in just 45 years, a black man will be President…Oh yeah, and his name will be Obama…”
Right. The future is often stranger (and better) than we ever let ourselves imagine. 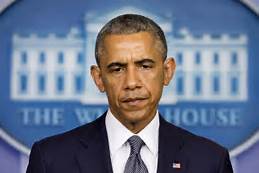 The far future? So beyond predictability.