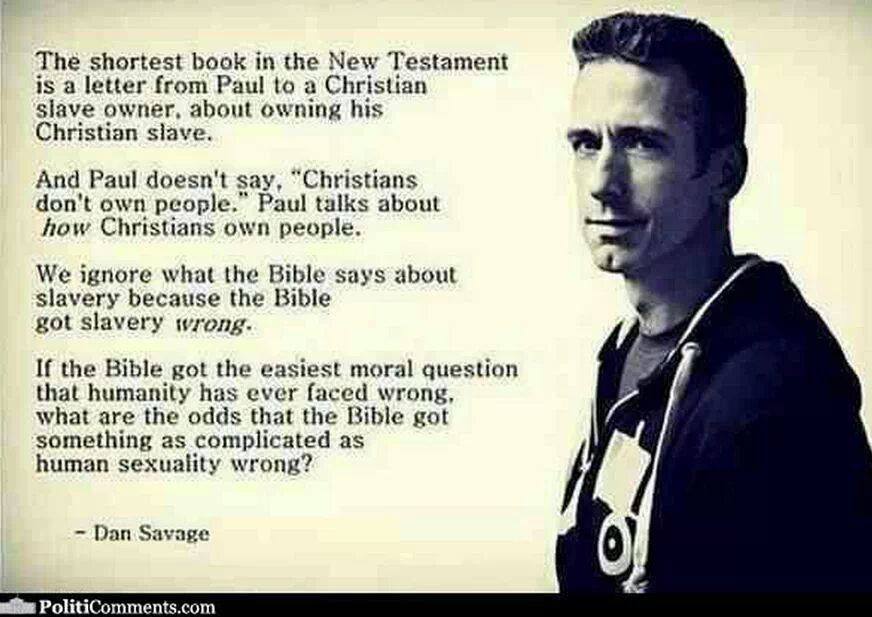 I have a gay Uncle, now. Had a gay cousin once who died of AIDS many years ago, back when we were just beginning to figure out what the hell HIV even was. Was in the closet quite awhile before he came out.
AAU diver, college athlete, spoke 3 languages, Army Intelligence officer, served in ‘Nam, hot little wife and beautiful daughter, lily white, all 3 of them… frickin’ Republicans nowadays woulda loved this guy, except for one thing… he was fuckin’ gay!!!
Now I got 3 close gay friends and a dozen other gay-lesbian friends/acquaintances.
And they put up with a raft of shit thanks to that nasty little book; the Bible, and that asshole: “Saint” Paul.
Good Book, my ass. And calling that prick a saint? Give it a rest.
Cultural Inertia™ keeps us all repeating that nonsense in this day and age when we all know better. Well, people we can do better, we can drop this reliance on trying to run our lives on this 2,000 year old mish-mosh of primitive tribal musings, fabricated history, and just plain old repressive ideas.
If you are a Xian, what part of what Dan Savage says up there don’t you get? What part is incorrect?

So listen to Dan. He talks plain, pulls no punches, doesn’t conform to social norms, lives by compassion, tolerance, and knowledge.
Here’s a link to a report of that speech from the website Citizen Link, an affiliate of the conservative Xian Focus on the Family.
So he’s a pissed off gay guy. The kids that walked out on his talk because he dissed their Bible, were “hurt“, “offended“?
Dan’s offended that folks like him are ridiculed, discriminated against, beat-up, imprisoned, and even killed all over the world because of that nasty little book. Trying to end this insanity I’d say is well worth offending a few folks.
People dont die because of any other “Good” book. But thats another post, later.
Yup, Paul (and the OT) says Dan deserves death, along with my friends, acquaintances, and my cousin.
And Paul wasn’t so keen on women either, but that’s a whole ‘nother post as well.
So THANX!! to Uncle Dan and his phenomenal courage and clarity.
The New Enlightenment movement would love to ditch religion right now, but until that happens we will campaign vociferously like Dan in the meantime for all believers to keep their repressive ideas to themselves.
We want all believers to be like the Amish and the Mennonites: 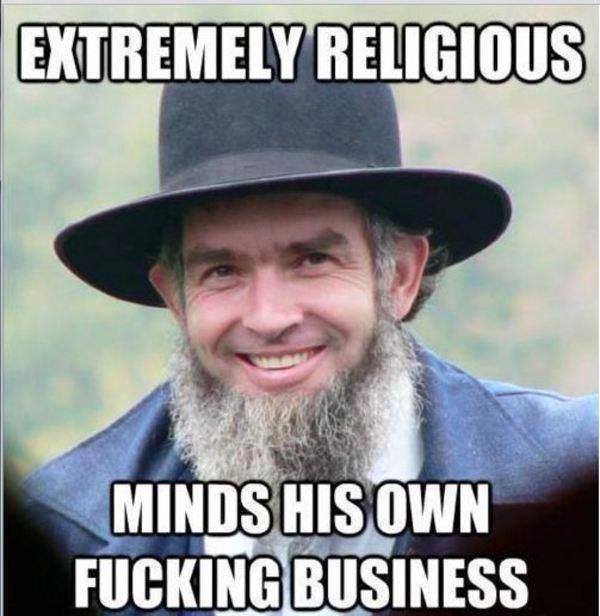