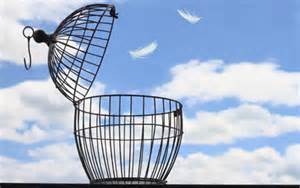 To kill religion. To diminish the influence of religious thought as much as possible worldwide as it alone stands in the way of equal human rights for all. To attack religious thought every chance I get, not religious people. Religious people are people. Their culture has taught them what is proper to think and behave. Their religion tells them to accept an ancient scripture as revealed ultimate truth from a god and to consult the interpretations of that scripture as a guide for living and interacting with their fellow humans.
For this reason religious thought is bankrupt from the start.
Religion divides. It is a lie that religion unites. Between and within religions, a list of beliefs becomes reasons for denying common humanity, for defining the other. It taps into our tribal tendencies for limiting altruism and trust to kin. With better knowledge of each other and the world we find ourselves in we have risen above much of that tendency in our daily life. We have become enlightened in many parts of the world and expanded our tribal view to include all humans as with the abolition of slavery, despite its sanction by religion. Eliminating reliance on religious texts for considering the correctness of slavery accomplished its demise. The secular movement intends to do away with homophobia, misogyny, and denial of science in the same manner through the jettisoning of reference to religious claims and eventually religion altogether.
Everyone on earth could have the benefit of humanist values if we devalue religious thought or leave it behind.
People’s lives are diminished, made miserable, ruined, and ended, all over the world by religious thought.
We can do better.
This is why I write; information kills religion.