Think about it.
If we had a similar COVID response and results as Japan- we’d have lost 48,000 people, not 777,000. Almost 3/4 of a million less COVID deaths…if we had quicker lockdowns, widespread and enforced masking-starting early on-and 77% of the population now vaccinated (vs 59% of the US). 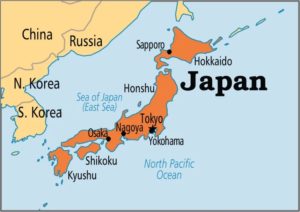 If Japan’s COVID response and results were as bad as ours(-we have 2.6 times their population-so we’ll use that per person death rate for the US above) they would have 297,000 dead instead of 48,000 – almost 1/4 million more dead-if they sucked in their COVID response as bad as us here in the US. We are still experiencing 25-30,000 new cases per day and nearly 800 deaths-per day.
Japan is 100-150 new cases per day-if they had our same population numbers they would still only be at 300-350 cases per day-we more than double that in DEATHS per day.

Having almost 80% of your population vaccinated sure helps, instead of 40% un-vaccinated as we do here in the most scientifically advanced nation in the world. And its mostly the religious, the Republicans that are un-vaxxed.

We may have the most universities and research institutions and labs and working scientists of any country, but we have a significant portion of the population that is blatantly anti-science, anti-government, anti-public health-and COVID has brought it all out in the open. When Southern Republican Governors openly call for prayer to end rain, or protect us against COVID-you know we have a problem. And when they suck up to anti-maskers, anti-vaxxers, and misinformation purveyors it is really ironic (or hypocritical, or deadly) because every one of them has been vaccinated! Letting their voters kill themselves off with their own stupidity by supporting anti-mask, anti-vaxx sentiment-an odd strategy to be sure.

Speaking of Republican Governors, my personal fav, Ron DeSantis of Florida, has been an avid COVID public health measure blocker from the very start-aligning with Trump, fighting COVID masking. 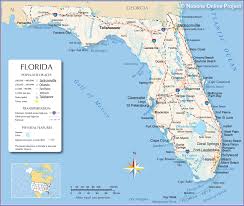 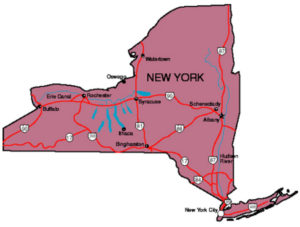 Back in September of this year, Florida was still 1,000 deaths behind New York. Oops. And in April of 2020 as I reported in the previous blog linked above, DeSantis was just gloating over his supposed better response to COVID as compared to Democratic states like New York-where the infection was first raging… pre-vaccines- and Florida’s time hadnt come yet (that Summer), and again this past summer and this fall of 2021 with the Delta variant surge-post vaccines.
Florida was way behind New York in cases and deaths for almost all of the last 22 months of COVID. Not any more. Way to go Ron! Most of New York’s deaths were pre vaccine, most of Florida’s-post, and this year.
And New York now has 68% vaccinated, Florida 61%- still wanna gloat about your great response over those damn liberal Democrats up north, Ron?

How ’bout our Canadian neighbors to the north, eh? Maybe they would make a more comparable cultural comparison to us here in the good ole’ U S of A, than any of the Asian countries like Japan who ALL beat our response to COVID, some having significantly even better numbers than Japan as compared to ours: (Thailand and Vietnam to name 2). 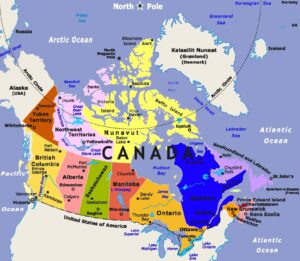 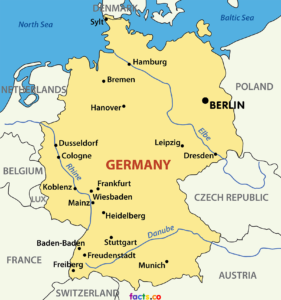 Another grim statistic:
There were 385,343 dead in 2020 in the U.S.-all pre-vaccine. Here in November of 2021 we are at a total of 770,800 deaths, with 385,547 of them so far in 2021, with 6 weeks to go – as reported by the WSJ.
That’s more dead in 2021 after vaccine availability than 2020 without!
Do ya think having over 40% of our population adamantly un-vaxxed has anything to do with that dismal statistic? It sure does. Death rates among the un-vaccinated 7.8 per 100,000 vs. 0.1 for those vaccinated and boostered. Its been 90-95% un-vaccinated people ending up in ICU and dying from COVID these past few months. And so many of them now are 30-50 years old, instead of mostly 60-80, as in the first wave when there were no vaccines yet. There are so many heartbreaking stories of 30-40 year olds in the prime of their life, that were mask and/or vaccine defiant-claiming they were young and healthy and therefore they knew their immune systems could handle COVID when in fact, no-one knows ahead of time, even if you were once infected, how well your immune system will respond to COVID-and they are all dead. Only if you have been vaccinated do you know you have a 95% chance of not getting seriously sick, hospitalized, or dying from COVID. Without a vaccine, your are just rolling the dice. Hundreds of thousands in the US have lost that bet.

Well, here’s another WSJ article reporting that the most COVID vaccine-rejecting group among the religious are White Evangelicals.

I could list dozens of articles I’ve read over the past nearly 2 years of COVID, reporting on denial, anti-mask, and/or anti-vaxx people who all have one thing in common besides being US citizens-they’re all dead. Most indicative of this mostly religious fueled idiocy is this article from Yahoo News that reports on 5 vehement, anti-vaxx, Xian radio hosts that all died this Fall from COVID. Ya gotta love it, huh?
One called himself “Mr. Anti Vaxx”, another made up songs mocking vaccines, another said it was world governments that were using the vaccines to control people, another called it a “scam-demic”. And they are all dead. See ya boyz!

If someone was merely scared -and there have been too many horrible “vaccine-hesitant” people who succumbed to the misinformation from their friends, or neighbors, or coworkers, or too often their ministers, repeating ridiculous garbage that has been circulated all over social media, especially Facebook– and didnt get a COVID vaccine. They were conned: helpless, hapless victims who should have listened to their doctor and public health officials instead of their neighbor or some asshole on Facebook, but didn’t and got sick or died as a result–some of their stories are absolutely heartbreaking. But these 5 guys, these obnoxious, righteous, hard-core Xian radio announcers (many of them also ministers) who possibly contributed to the sickness and death of many of their listeners-I have a hard time feeling sorry for them. I feel bad for their families, but not for them.

Like “Mr. Anti-Vaxx”…guess the scam-demic was real huh, buddy?
Religion does this to people’s brains.
It often gives them righteous indignation as they “aspire to the knowledge of gods.” (thnx, Bruno).

To recap then, we got 3 countries: Japan, Canada, and Germany, that are rather representative of the modern world’s advanced countries from different regions: Asia, North America, and Europe-all democratic and considered among the most progressive and developed countries in the world-all with staggeringly better COVID numbers than the US.
We are ranked 26th among the 53 nations with the largest economies according to Bloomberg in coronavirus response: vaccine rate, death rates, case numbers among the factors that go into their ranking. 26th, nowhere near the best reponders.

Similarly, we have the 18th worst death rate out of 155 countries. Pretty dismal performance for one of the worlds largest, richest, and most scientific of countries: when 137 other countries did better than us…

So with our 330 million population: