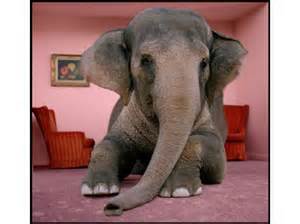 Phil Plait over at Bad Astronomy, an excellent science website said in a recent Slate article that we need more science popularizers. If there is science denial in this country like the perennial near 50% of the American public that deny evolution, it’s the scientists fault for not selling science enough:
“We have been losing this debate in the public’s mind all along by not showing up.”

I think he’s only 10% right. We could always promote science more, but most of the problem is not on the scientists.

I do wholeheartedly agree with him that we could “sell” science better and more often. It was right for Bill Nye to “show up” and present science in a huge public forum against one of the most influential science deniers; the Creationist, Ken Ham.
Displays, discussions, “debates” if you wish to call it that, like the other nite should happen monthly, if not weekly.
Let the public hear just how big the mountains of data and solid theory from so many different domains are that have to be denied to make preposterous statements like: “The earth is young and evolution didn’t happen.”
And let ’em hear it all the time. Most of the religious folks have no exposure to either the detailed science knowledge or the detailed critical history of their scriptures that us secular folks take as common knowledge, education is key!

But that’s not why science denial is so pervasive in the US. Most of the problem is not due to lack of science education or exposure:

1. Science teachers all over the world do show up, every day. They aren’t responsible for one bit of the lack of science acceptance in this country. It’s not because of some dearth of effort or skill on their part.

2. We have more excellent and visible public science promoters now than we have ever had. There was only Carl Sagan in times past and less visibly but no less formidable: Jacob Bronowski. And that was it.
Now we have Bill Nye, Neil deGrasse Tyson, David Attenborough, Richard Dawkins, Dan Dennett, Lawrence Krauss, a second tier of excellent science presenters on You Tube like Robert Sapolsky, Sean Carroll, Neil Shubin and many others, along with dozens of excellent science promoting blogs from: Jerry Coyne, PZ Myers, and Phil Plaitt among some of the most prominent… all promoting science like never before.

3. And it isn’t because there really isn’t any conflict between religion and science.

There is one key reason that folks young and old in the US deny science: religion, and mostly conservative Xiansanity™. They are taught to blatantly ignore or reinterpret scientific data and theory by their minister, youth pastor or some clown these trusted authorities bring in to diss evolution, the age of the earth, the biological basis of homosexuality, anthropogenic warming, etc. It’s because there is a direct conflict and the conservative religious make it plain.

This excerpt from the 2010 Center for Public Policy of Virginia Commonwealth University, collaborating with VCU Life Sciences, poll of 1001 American adults says it all:

They learned that from their science teacher? They came to that conclusion because we don’t have enough science popularizers? We don’t “show up” enough?
No, they are taught that directly by their ministers of Conservative Xianity. They are told that by Southern Baptists, Church of Christ, Pentecostal ministers and their youth leaders and apologists in these churches and others and in campus organizations like the Christ Ambassadors and Campus Crusade for Christ.
Let’s call a spade a spade, it’s the religionists. They are the sole source of the American public’s dismissing of science even while it is biting them on the ass… the conservative religious are out and out anti-science.
Without their concerted efforts to countermand all the excellent science education by our teachers, the unprecedented science promotion by all the superstar science guys we have now and the constant access and exposure to scientific information we have with the internet and smartphones… there wouldn’t be any science denial!!

It is not that science is too hard or we haven’t packaged it right or we haven’t shown up enough, it is because of the Ken Ham’s, Kent Hovinds, Ray Comforts, and all the local ministers that undo all that education in the name of faith.

Unfortunately despite Phil Plaits attempt to frame the problem that it isnt a clash of religion vs. science as the National Center for Science Education (NCSE) has stated for years… it is. And the religionists are 110% up front about it.

Nobody likes to mention the elephant in the room: CONSERVATIVE XIANSANITY™. They are 90% of the problem, they are responsible. We could do always more science promoting, just for a more educated public: the bedrock of a functional democracy, but we shouldn’t have to fight pseudoscience and denial based on faith. But we will. 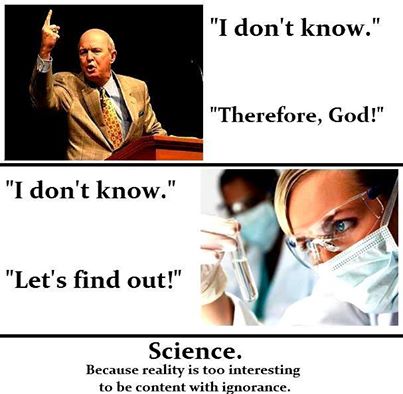