This is some classic shit. And Xians wonder why we ridicule their beliefs and behavior sometimes:
Check it out. A Fundy group, the American Family Association who bill themselves as being “on the frontlines of America’s culture war” since 1977 (Xians just love wars, ever notice that?) is pissed off that some Mississippi businesses have chosen not to discriminate against gays. You can read all about it here. 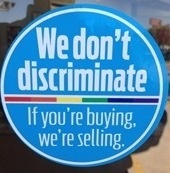 So the AFA is pissed off that these enlightened folks are not upholding the religious freedom of those like the AFA brethren who are steeped in Conservative Xiansanity™ enough to not want to sell to folks who exchange their bodily fluids only with folks with matching genitals.
So the AFA types are free to discriminate against a class of people they define as unworthy of doing business with based on 2,000 year old writings they claim are revealed Scripture. Somehow when other business people don’t buy into their absurd interpretations of unprovable Scripture that describe homosexual behavior as an abomination or worthy of death, their religious freedom is not supported… get it?
So when I don’t wanna be as stupid as you that somehow detracts from your freedom to be as stupid as you wish or are able? Right. 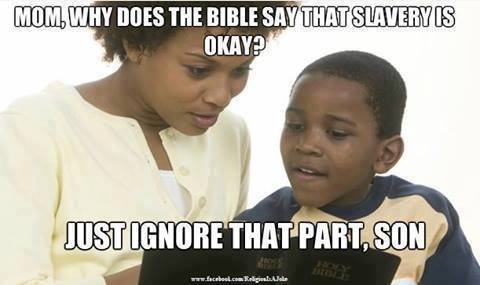 Good thing those enlightened Mississippi businesses have chosen to ignore other parts of that shitty little book that once not so long ago justified the epitome of “religious freedom” in the great Magnolia State.