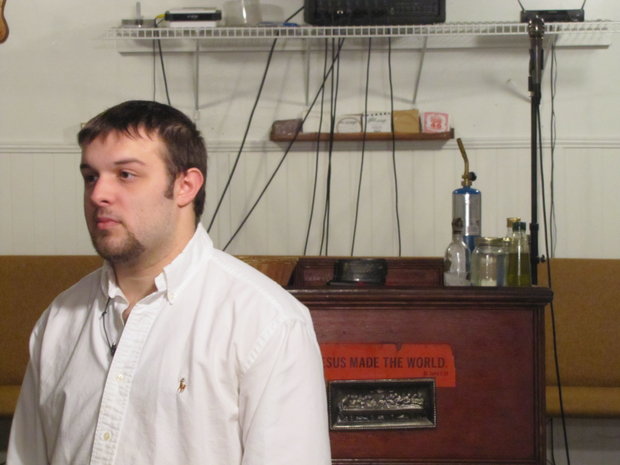 Cody Coots, son of Jamie Coots, the KY snake-handling Xian pastor who died of his 6th snake bite within 90 minutes of being bitten some months ago, has been bitten as well and like his Dad nearly 1/2 dozen times before (I emphasize the “nearly”), looks as though he will recover to preach and handle snakes again. You can read all about it at either of the links here or here.

I posted earlier (here) on his Dad’s faith and venom filled (those two seem to go together in so many ways, dont they?) demise before.

Many other Xians are fully aware those passages at the end of the Gospel attributed to Mark are not in the earliest manuscripts, they were added later as were parts of 1/2 dozen different endings we have of Mark (so much for Biblical inerrancy, eh?).

So those admonitions to handle snakes that Cody and his Dad, Jamie take/took completely seriously, in fact are/were compelled to follow to the letter to prove their faith (even if the supposed divine venom protection works kinda sporadically) were added centuries later and completely anonymously to a Gospel written down decades after the time of Christ, also anonymously, by a highly literate Greek writer (not an illiterate Aramaic speaking follower) who never met Jesus and who compiled and wrote down these oral histories of the apocalyptic preaching JC that had been circulating for decades.
So much for claims to the Word of God.

But when you have been taught that your Bible is in every word the Word of God, you may be persuaded that risking dying for it is a good thing.
Cody and his dad weren’t born this way. Somebody taught them to revere these words as undoubted words of god… a complete fantasy.
There’s only a half a dozen churches, all in the Appalachian region of the US where snake-handling (which originated there in the early 20th century… think about it) is still practiced.

We need to stop lying to our children, to all children all over the world, about ANY and ALL supposed “Scriptures” revealed to someone by somebody’s god.
It is a complete and often dangerous fantasy: It’s time we outgrow it.
These guys were hosed.
End Religion Now.