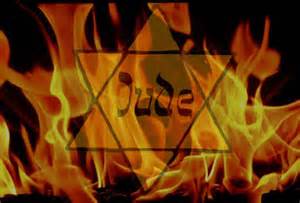 Jerry Coyne over at his phenomenal website (not a blog) “Why Evolution Is True” has a disturbing post on Modern-day Anti-Semitism, scroll down one paragraph to catch his summary and the link to the original poll data here.

Granted, some feel the extremists in any religion ruin the rep for the other “moderates” in a given religion: think Xian fundies like Fred Phelps… and unfortunately a gozillion others, who supposedly give Xianity a bad rap. Furthermore, consider the extremist Islamists, and some of the Orthodox Jews, the so-called “Zionists” who paint a bleak picture of their religions and exasperate the “moderates” who claim their real religion just isn’t like that and the “extremists‘ are just interpreting their respective scriptures all wrong… 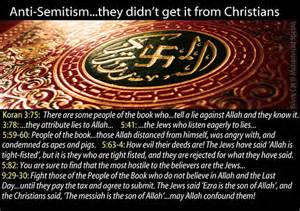 It’s there, in the Koran, plain as day.
And just like Fred Phelps and all the other “extremists,” with Xiansanity™ the verses are there in the Bible as well. Doesn’t take any creative interpretation at all to come up with the “Jews killed Jesus” anymore than gays are an abomination and deserve death. Its all right there for anyone to read. Oh, Joy. 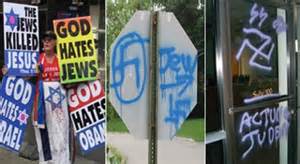 Aren’t the religions of Peace and Love just lovely?
Also here in Amerika, the “revered” Reverend Billy Graham, another proponent of the Religion of Love was noted for his deep, deep Anti-Semitism, but hey he was just being a good Protestant following in the deep, deep footsteps of the founder of the Protestant movement, the Big Daddy of all Anti-Semites:

Check out Luther’s charming little pamphlet “On the Jews and their Lies” containing violent, disgusting, adolescent-level invective worthy of the most hardened Neo-Nazi skinhead: 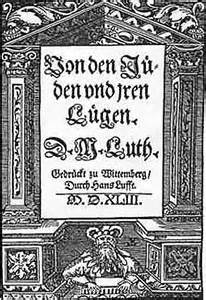 As Xians, growing up most of us never heard of it, and you’d think it must an aberration or an out and out fabrication, but you can google it yourself and read hundreds of articles, heck it even has its own WIKI.

Of course, many apologists from both of the “Big Two” will claim any hatred described is overblown and whatever hatred is there is mainly due to other causes; political, economic or cultural… it has nothing to do with religion.
Uh, huh. Read for yourself. Both scriptures: Koran and Bible, and Luther’s ugly little treatise on how to treat your fellow humans and ask yourself:
“Take religion out of the equation and how much hatred is left?”