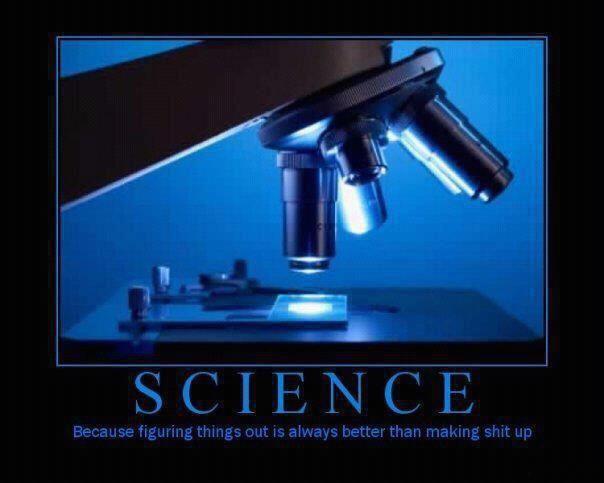 So it seems the major difference between science: a method, a process, a commitment to truth and integrity with a drive to understanding the world in reality based on public evidence eschewing self-deception and authority through a very public review and verification process, and religion, is that religions like political ideologies have none of the aforementioned attributes and instead avoid, ignore, and bury evidence while elevating authority, both written or proclaimed in leadership living and dead.
Science is not an ideology. There are no authorities.

I’ve posted on scientism twice before here: Scientism I: “No Benzene in Hell, PeeWee” and On Scientism and the Humanities.
And briefly on ideologies before: Ideologies Kill, not Science.

The social scientist I mentioned in the previous post who wrote that “blind faith in science” needs to be tossed into “the dustbin of history” wrote those words immediately after invoking the horrors of Hitler and Stalin as examples of “when religion or ideology becomes dominant” and such absolute power then corrupts absolutely.
I couldn’t agree more!… about ideologies, both political or religious, but science or the knowledge (not faith) that science works is not an ideology. It is a fact. Like insulin regulates sugar in the bloodstream or plate tectonics explains earthquakes and volcanoes, or better vaccinations can eliminate infectious diseases. No faith employed here.
Science is a self-correcting method to describe reality which allows for no authorities. There may be experts in any given field, folks who have earned that title through their years of research, but they are not authorities, they can be wrong any minute like anyone else and taken to task for wrong ideas in the public review within science.
There are no Stalin’s or Mao’s or Hitler’s, no unchallenged Little Red Book, Aryan Philosophy, Bible, or Communist Party Manifesto.
Science, the results and practice of it and knowledge that it works do not comprise an ideology. 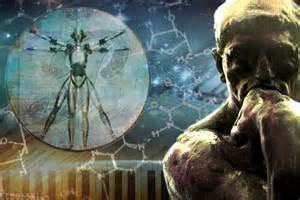