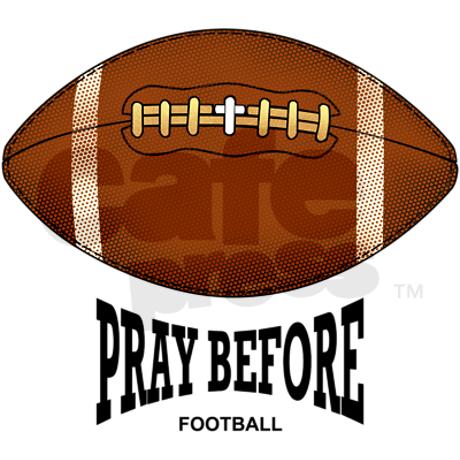 Max Lucado, pastor of Oak Hill Church, San Antonio Texas weighed in on the necessity and benefits of prayer on the football field in the USA Today last Friday: “Husain Abdullah needs our company in prayer.”
Max assures us that the penalty to the Chiefs Abdullah in a recent NFL contest brought to the forefront a more important issue than the 15 yards he got for prostrating himself in Muslim prayer posture.
Pastor Lucado says prayer matters, especially to sports fans.
Not only do many Americans pray but 13% of those who do, pray for their team to win. As Tim Tebow prayed so regularly to Yahweh and/or Jesus to help him win, Abdullah thanked Allah for helping him intercept a pass for a touchdown.
No matter that the ISIS fellas running amok across the Middle East are praying to the same Allah as Mr. Abdullah. They fervently intend for their team to win too by ensuring Allah’s caliphate is established worldwide, and forever. And those of us who won’t convert to what they vehemently assert is the only true religion, their Islam, practiced only as they do should be subject to the rule of the Islamic faithful and pay taxes to them appropriately. Check it out, it is in their Prophet’s book and the ISIS team is making it happen in the areas they have overrun as we speak.

And never mind Max, that your Xian god to whom Tim consistently appealed, will send Abdullah and the other 1.5 billion Muslims on the planet straight to Hell for not accepting Jesus Christ as their personal savior as Mr. Tebow did.

Max reminds us we pray for all sorts of personal needs such as health, safety, parking spots, lotto wins, even safeties, and touchdowns. Isn’t it odd that the Creator of the Universe, whichever one you happen to appeal to, can’t stop tsunamis or hurricanes, cure cancer, or Alzheimer’s, regrow a finger or an earlobe back for ya, but he will gladly direct that spiraling pigskin into the hands of your teammate and not your opponent’s… sometimes. Well maybe, one can never tell but Max assures us that it is the prayer itself, the “act of ultimate faith that counts.”
Equally absurd and violently contradictory faiths, to be sure, but faith nonetheless.

So Max thinks we should join Abdullah in prayer.

Cool. Lets have Tim and Max and Abdullah and one of the ISIS boys all get together and pray together and discuss the wonders of prayer and who they are praying to and what they are all praying for shall we? I’d like that. On national TV. Maybe halftime on Monday Night Football.

Tim got it all started, “brought gridiron prayer to the forefront” according to Max so let’s let Mr. Tebow speak first about how Jesus, the Son of God helped him win many a football game and has guided him without question through his entire life and will provide his eternal salvation because of his unwavering faith in the Resurrection, just as Pastor Max’s Oak Hill Church website proclaims:
“The death of Christ on the cross is the only sufficient payment for our sins. All have sinned, but all can be saved. This salvation is available for any who put their trust in Christ as Savior (Romans 3:23, 6:23; John 3:16). Those trusting Christ should repent of sin, confess their faith, and be baptized (Romans 10:9; Acts 2:38).”
Max would nod his head approvingly I’m sure, because he and Tim also know for certain that:
“Christ will one day return and judge all people (2 Thessalonians 1:8-10; 1 Thessalonians 4:13-18). Believers will be welcomed into God’s presence in Heaven. Unbelievers will be in Hell, separated from God’s presence.”

But Husain from the Chiefs and his Muslim brother from IS would shake their heads in disbelief almost smugly, only somewhat amused because everyone knows Allah does not beget nor is begotten. So Jesus Christ can’t be the Son of God or God himself, there can be no Son, or two (or three) persons in god or different manifestations of god in some Trinity or any truth in the Biblical claims about Jesus. As the Islamic Shahada plainly states “there is but one god Allah, and Mohammed is his prophet.” Period. All else is utter blasphemy.

It’s on the ISIS flag, fellas, plain as day. And the Taliban’s and Hamas’ and Al Nusra’s and the Saudi flag among others: 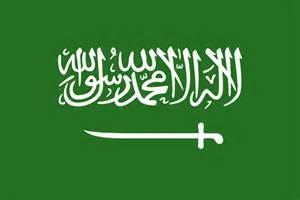 As far as Tim and Max’s Resurrection of their Savior well, it never happened. As all good Muslims know Jesus never died in the first place, he wasn’t really crucified, it just appeared like he was when in actuality he was whisked off to heaven invisibly before it all happened in one of the greatest switcheroos of all time.
So sorry Tim and Max, no Crucifixion, no Resurrection, no Salvation. Period.

But take heart folks, because Mr. Tebow and Pastor Lucado and the rest of us 5.5 billion non-Muslims on the planet have every chance to submit to the will of Allah, take an Arab name in recognition of the fact that we were born Muslim as every Muslim already knows, and obtain the only real salvation from a fiery eternity that otherwise awaits us all.

Yeah, sure let’s all help Abdullah pray. Let us pray along side him as Max suggests.
I wonder if Tim and Max and all the good Christian folks at Max’s fundamentalist Oak Hill megachurch down there in Texas really want Abdullah’s god to carry the day and win the big game.
As Max reminds us prayer can be: “as simple as kneeling down in the endzone of life in gratitude to God for a victory.”
Team ISIS couldn’t agree more.