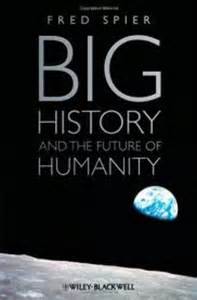 You can read the book above or others like it or watch the TED video below:
Dave Christian and Big History.
You can get the real deal about human nature, human history, the origin of the universe and the history of life and civilization on this planet and all we know about well, everything that we have come to know about our species from History and Anthropology and Cosmology and Biology and all of the sciences…
OR
You can read this book… 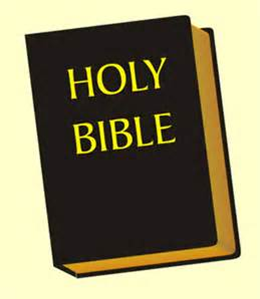 …and get 2,000 year old mythic speculations about all of the above that were primitive but plausible attempts to explain everything back then but were not surprisingly mostly imaginative and way off the mark given the paucity of information those Iron Age cultures had and that are hopelessly dead-nuts fucking useless wrong today over 2 millennia later. Yet in Judeo-Xian religious sects they are taught to children to varying degrees as the real story of humans and the universe.
Appalling, myopic, parochial, divisive and destructive.
Take the first chapter Genesis, and what’s utterly wrong about it:

The earth isn’t the center of the solar system or universe as described from the outset, Adam and Eve is a metaphor, females do not issue from males ribs (besides being a silly explanation, they’d have the same DNA…oops) and genetics has shown it is impossible for modern humanity to have sprung from less than a few thousand people it wasn’t just two, evolution happened, not Noah or the Flood, there were never giants in the human race, the earth is 4.3 billion years old not a few thousand, human longevity was never hundreds of years, female humans don’t have offspring in their nineties, language evolution is well documented without a Tower of Babel, and if someone hears voices in their head to slay their son with a knife for a burnt offering, they need medication, and quickly.

And we are not even out of Genesis yet…only the first chapter of 66 (or so, depending whose version of the Bible you read).
What other book could you read that was so utterly wrong in the first chapter that you would still trust to contain all sorts of true statements, much less “eternal truths”?

It is an absolute shame we teach children that the Bible is anything more than mythic literature: some of it quite clever and well-constructed, ya gotta give it that, but myth nonetheless.
So for the real deal about human existence read from the Big History shelf…

…instead of this one: