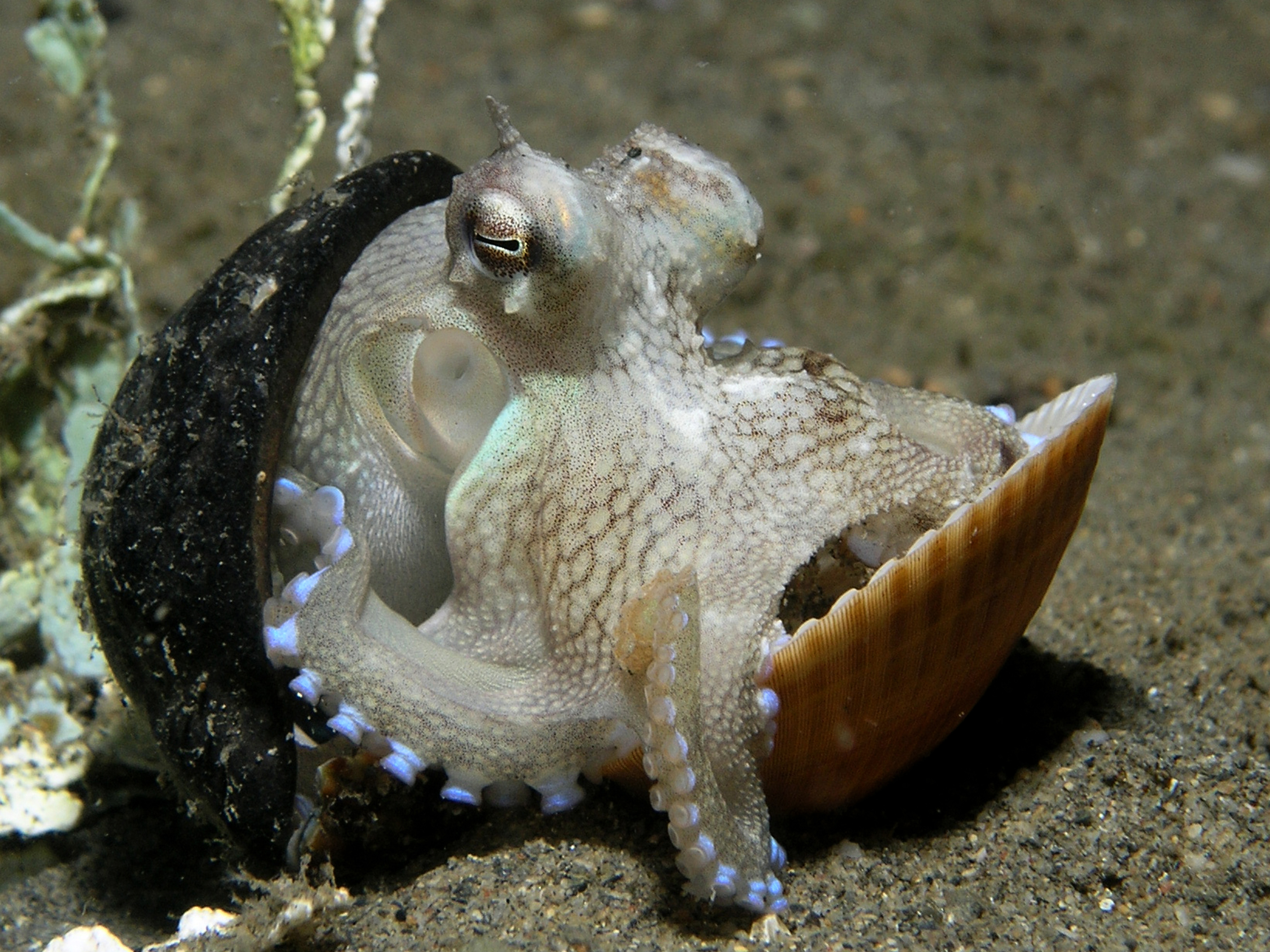 Alien life should we find it, and possibly intelligent life elsewhere in the Universe, may not look anything like us.
It might be as odd to us as the octopus. And should intelligent life evolve in the coming millenia during our reign as currently the most manipulative and intelligent creature on our planet, my money is on the cephalopods: the squid and octopi who already have incredible manipulative skills, excellent vision and some of the highest intelligence found among animals.
In fact, they might one day have the wherewithal and motivation to crawl out of the ocean and strangle us for fucking up their planet.
Check it out!

Besides advanced predatory abilities, they have manipulative skills and a cleverness that is more than a bit impressive!

The oceans comprise 2/3 of the earth’s surface with an average depth of 12,000 feet! Cephalopods are found the world over and at many levels of the ocean, even the remote depths. You can read for hours on their unique abilities and expansive habitat:
Ocean Wiki. Cephalod Wiki. 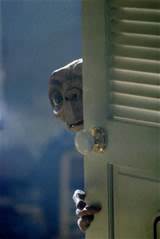 Aliens most likely will NOT resemble ET or the other “greys”:diminutive bipedal somewhat withered, but big headed, big eyed forms that populate our science fiction, popular movies and innumerable crackpot extraterrestrial visitation theories that breathlessly (and brainlessly) attempt to explain supposed mysteries like pyramid building and the Nazca lines. They may not have anything like our biological heritage as vertebrates, mammals or bipedal primates. The odds that intelligent aliens will resemble the “humanoid” form of ET and his pals may be very slim, indeed.
Our own unique historical path to conceptual, self conscious intelligence is a one-off on this planet and the result of our long and particular evolutionary path. With our primate binocular color vision and then our freed hands to not merely manipulate the world and use tools, but our unique conceptual abilities that allow us to manufacture tools and construct our world, we have evolved an intelligence that models the world with ourselves in that model. We abstract from our world the spatial and process relationships we have evolved to recognize and put ourselves in those models allowing us to imagine just about any configuration and turn it back on the world and construct organizations, structures, cultures, computers, cars, spaceships, mathematics, music, Madison Ave., video games and hot dogs.

Octopi have the vision and advanced manipulative and problem solving abilities…similar to those we brought to the last 2 million years of tool manufacture, and they use objects as tools like that sneaky little octopus depicted at the top of this page, employing a shell and a coconut half for shelter and a hideout from which to pounce on unsuspecting fish as they swim by.
But octopi don’t make anything, don’t manufacture or build anything…no construction of anything as we learned to do beginning with tool manufacture…yet.
A good thing too, as I suspect one of the main drivers of our unique modelling and self reflective intelligence was our ability to make tools, to recognize and especially to recreate spatial relationships of objects by abstracting those relationships and rebuilding our world from those models in our heads, models wherein we are the main actor, the agent, the imaginer, the builder.
With all the tons of plastic and other shit we dump in their oceans, polluting their home, I hope to hell the octopi don’t make the next key steps beyond mere tool use to tool manufacture, construction and self-aware modeling.

It wont be something like ET that comes to get us, interstellar distances and times are much too unfathomably large, and they wouldn’t look like us anyway.
The octopi are already here, hiding in the depths all around us, they already have the predatory skills, and they would have the motivation. Lets hope they never evolve our level of understanding.
We could end up like the crab in the video.