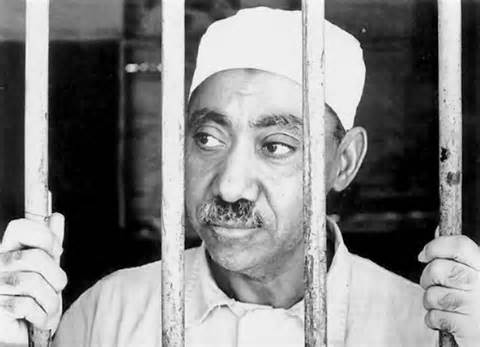 Sayyid Qtub.
Intellectual godfather to the Muslim Brotherhood in Egypt and Islamists throughout the rest of the Muslim world.
If you want to get a good handle on the ideology and events leading up to 9-11, I heartily suggest you read Lawrence Wright’s “The Looming Tower” 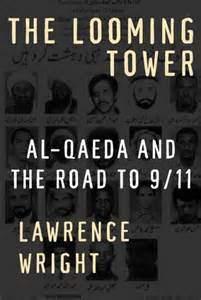 Reading it one discovers why Wright won a Pulitzer Prize, not only for his excellent storytelling skills, but the depth of the research into the very real people such as Qtub, Osama bin Laden, and the FBI and CIA agents involved in uncovering and pursuing bin Laden’s al-Qaeda. But to me the that’s almost the extras.
The formidable and lasting value of Wright’s labors is his dispassionate and clear rendering of the decades of accelerating barbarism in the development of Islamic thought and attendant terrorism.
One gets a clearer perspective on the internal terrorism that Islam engendered within its own countries that continues today in stark repeat with the IS atrocities in Northern Iraq and Syria and Boko Haram in Nigeria.
Islamic purification, establishing the caliphate, framing jihad as a unending struggle of Islam vs. modernity and the West and executing a horrendous barbarism over anyone who is not doing Islam or more dangerously not doing Islam “right” (other Muslims, especially Shi’a) is nothing new. It has been going on within Islamic countries since not long after WWII and with equal horror as seen today.

A quote from a Muslim Brotherhood leader circa 1950:
“It is the nature of Islam to dominate, not to be dominated, to impose its law on all nations, and to extend it power to the entire planet” Try to find any other religion that induces such “lofty” goals.
And Osama bin Laden in the 1990’s:
“This battle is not between al-Qaeda and the U.S. This is a battle of Muslims against global Crusaders.” An us versus the world mentality and obsession with the past.
And Qtub first formulating this worldview back in the 50’s:
“The Muslim community has long ago vanished from existence, crushed under the weight of those false laws and teachings which are not even remotely related to the Islamic teachings. We need to initiate the movement of Islamic revival in some Muslim country.”
IS is doing exactly that now in having established their caliphate with al-Bagdhadi as their caliph.

All religions promote a phony “us vs. them” mentality, but no other religion takes it to the depths of Islam, nor acts on it with such vehemence and totality.
As the author Wright summarizes:
“Only a complete rejection of rationalism and Western values offered the slim hope of the redemption of Islam. This was the choice: pure primitive Islam or the doom of mankind”

Throughout the book, Wright provides example upon example of this thinking that originally meant overthrow of the corrupt leadership in power and establishment of an Islamic state within one of the Arab countries: Egypt or Suadi Arabia, for instance. bin Laden took it the next step with al-Qaeda and made the attack direct on the West instead of the corrupt governments of Islamic countries, targeting the US for still having a military presence in Saudi Arabia long after the First Gulf War and representing the decadent utterly un-Islamic moral wasteland of modern thought as Qtub described it while he was educated in America after WWII.
A number of recurrent themes stand out, throughout Wright’s historical recounting of Islamic thought through the second half of the 20th century:
1. Islamic countries were a mess of corruption as bad or often much worse as that seen in any Western nation, and their political systems were starkly un-democratic, often tribal in operation.
2. The continued if not escalating backwardness of their countries versus the rest of the developing world, East as well as West as a continual source of Islamic embarrassment and anger.
3.The humiliation of Islam losing war after war with Israel: the 1948 war of independence establishing of the Jewish state, the 1967 6 day war when Israel dramatically expanded its territories, the 1973 Yom Kippur war where Egypt and Syria failed in a surprise attack to recapture any territory, among other ineffectual conflicts over the decades since 1948.
4. The constant reference back to the past: the Crusades, the end of the caliphate after WWI with the collapse of the Ottoman empire, the universal harkening by all Muslims to the times and actions of the Prophet (Muhammed) as the guiding principle for nearly every facet of daily life as well as spiritual yearnings: the taking of medieval names, having exactly four wives as did the Prophet, fasting as he did, etc., and believing without question all will be well only if Islam rules again, and this time the entire world.
5. The abject disdain, often outright hatred for anything non-Muslim and the medieval violence it engenders, mostly once again on fellow Muslims more than any other group.

When we view the atrocities of IS and Boko Haram today as nearly impossible to fathom, we forget the forerunners of such horrors perpetrated by the Taliban 2 decades ago in 1998 with arms and vehicles provided by the Saudis and including Arab fighters supplied by bin Laden in decimating the Shi’te population of Mazar-e-Sharif, Afghanistan. Wright:
“Once inside the defenseless city, the Taliban continued raping and killing for two days, indiscriminately shooting anything that moved, then slitting throats and shooting dead men in the testicles. The bodies of the dead were left to wild dogs for six days before survivors were allowed to bury them. Those citizens who fled the city on foot were bombed by the Taliban air force. Hundreds of others were loaded into shipping containers and baked alive in the desert sun. The UN estimated the total number of victims in the slaughter to be between five and six thousand people. Four hundred women were taken to be concubines”

Sound familiar? Exactly this is occurring in Nigeria, Syria and Iraq as I write, repeating the same atrocities the same reason: absolute imposition of pure, primitive Islam in order to save the world. Idealism at its worst. The US helped the Taliban chase the Russians out of Afghanistan for strategic and political reasons to be sure, but a major factor was the level of atrocities visited upon the innocent populace of Afghanistan by the Russians, women and children included. The atrocities were only just beginning.

Despite injunctions in the Koran and hadith against suicide, mutilation of bodies and killing other Muslims, like the Bible one can find verses to creatively interpret and uphold almost any idea, even those diametrically opposed. The development of Islamist thought found not only justification but even inspiration for all 3 of these atrocities including the slaughter of innocents in other verses of Muslim teachings. 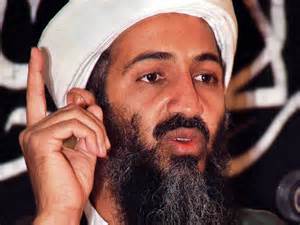 Bin Laden had absolutely no remorse for burning thousands to death in the 9/11 attacks nor killing innocents in bombings in Kenya, Tanzania or elsewhere.
And this lack of remorse for anyone’s suffering should it be in service to the establishment of Islamic rule is echoed throughout Wright’s narrative with various Islamist leaders and groups. The dead in the 9-11 attacks represented “62 countries and nearly every ethnic group and religion in the world.” All citizens of the world are either for Islam or against it, no-one is safe from this ideological madness. Destroying the perceived roadblocks to the establishment of Islamic rule are paramount. 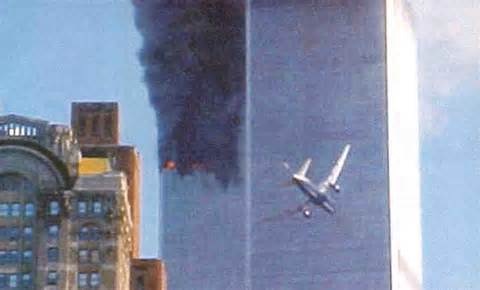 From the Wiki on Iraqi al Qaeda leader Abu Musab al-Zarqawi whose bombing activities in and outside Iraq number victims in thousands, Zarqawi is said to have stated “We have declared a bitter war against democracy and all those who seek to enact it…Democracy is also based on the right to choose your religion [and that is] against the rule of Allah.” The vast majority of Zarqawi’s bombing victims were fellow Muslims, Shi’a. Modernity, democracy, human rights, personal freedoms are all in direct opposition to Islam, and Islam has to be practiced exactly right.

Despite the fact that the average Muslim has no more compulsion to murder another human being than a member of any other religion, the teachings of the so-called “religion of peace” are employed to justify unspeakable acts of terrorism worldwide moreso than any other religion. Pointing out this fact is not in the least bit racist or Islamophobic.

As Obama recently observed, Xianity once was as barbaric. The slaughter of Jews in city after city by the Crusaders on the way to take the Holy Lands back from the Muslims and the regular beheadings and burning at the stake of unbelievers or fellow Xians who just didn’t do Xianity right ended only a few centuries ago. Victims of Xian thought now are mostly the homosexuals worldwide who if not often attacked outright, commit suicide in greater numbers and women and children who suffer and die in poverty exacerbated by the Catholic Church’s insane insistence on the evil of birth control.
All religions promote suffering in service to some ridiculous ideal, Islam does so more directly and way beyond the rest. Like all religions one can interpret scripture in just about any way justifying the denial of human rights and the jettisoning of our normal compassion for our fellow humans, but the most dangerous aspect of religion is the false certainty that one is carrying out the wishes, the commands of some god. Islam promotes this absurdity and carries it out like no other religion.
In sixty years, Islamic terror has accomplished absolutely nothing but horrific suffering, death and continued oppression.

5 thoughts on “This is your brain on religion…the rise of Islamism.”