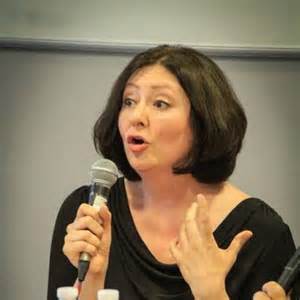 Once again Maraym Namazie provides her unique perspective and educates the rest of the free world of the insanity of living under Islam. This time it is her article on recent protests in Iraq:
Neither Shi’a nor Sunni.

There’s only one thing holding y’all back and you know what it is. Religion.
Your Islam is the problem.

Without it, no ISIS, no Syrian Civil proxy war, no science denial, no veil, no misogyny, no false authority of angry stern old men, no ayatollahs, no imams, no honour killings.
People aren’t stupid. Even in smotheringly religiously repressive Iraq and Iran, they are catching on!
They live in shit. And it is promulgated by sectarian hatreds and theocracy. The Middle East is a mess of Sunni-Shia conflict and Islamic denial of modernity.

And here we have brave Iraqi citizens protesting with slogans: “Not Shi’a nor Sunni, but Secular.”
Secular, in Iraq. Beyond brave.
This isn’t supposed to happen in Islamic countries and yet it is. Incredible.
I’ve blogged about Maryam’s courageous fight as a prominent ex-Muslim before HERE.

A farmer in Kansas raised Conservative Baptist or and Iraqi citizen raised Sunni Muslim both are perfectly able catch on to the madness. Religion is the problem.
People aren’t stupid.
They are catching on all over the world. 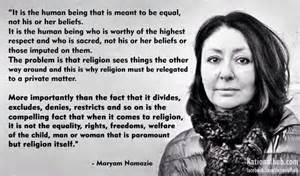