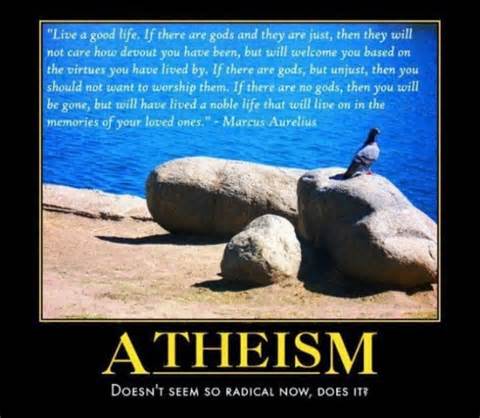 “Young Atheist Here”.
A reddit poster who called himself “Young Atheist”(age 18) asks for advice, input from the subscribers of the sub reddit /atheism to help him respond to arguments from his Dad about belief and non-belief. His Dad, to his credit doesn’t coerce his son back into religion but puts forth a few arguments that make the Young Atheist question his own feelings and intuitions about his new-found disbelief. Our Young Atheist arrived at his non-belief honestly, just by thinking about god and the Bible and analyzing what he’s been told. He had not yet read any of the secular literature and based on his replies to the many helpful comments he received, he was pretty much uninformed about the Bible, Xianity and non-belief in general.
You can read his short post/request on reddit through the link above, and do scroll down to the comments and peruse what sort of info and advice our fellow Unbelieving Scum offered this young man. It really makes for a good read. 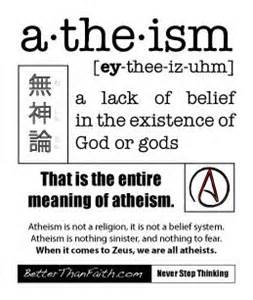 He asked the reddit/atheism community for help and boy did he get it!
In less than ten hours he received 133 comments with helpful advice and arguments against belief AND excellent info on the common misconceptions (lies) about the Bible the Xian apologists (and ministers and priests and youth pastors) promote which have become such an ingrained and unquestioned part of our pop culture beliefs about the Bible.
AND he got good advice many times repeated to read Dawkin’s God Delusion, Hitchens God is Not Great and other xclnt sources to get educated on Xianity, the Bible and non-belief.
Hitch and Dawkins works come up time and time again as a great place to start. Well done.
The reddit atheist community did him a real service. It’s rather impressive.

What I was particularly struck by was so many commenters providing the devastating findings of Biblical Scholarship that have become mainstream in the non-belief community and are getting to be disseminated and better known even in pop culture.
Bart Ehrman’s books of course have done a great deal to dispel the common incorrect assumptions about inerrancy or eyewitnesses or the facts of all the forgeries and contradictions in the Bible, in addition to the abundant atrocities and primitive thinking. I blogged recently on the Newsweek article that covered much of the same Biblical Criticism that most of us Unbelieving Scum are all to aware of and already educated on:
Newsweek on the Bible: Criticism Riles Xians.
It really frosted a lot of Xians, even tho the author was a believer and sucked up to Xiansanity and the ultimate goodness of the Bible in the end, blah, blah, blah. But the Newsweek article dared put out the real scoop to the general public about the flaws and misconceptions, the contradictions, the lack of eyewitness accounts, the many forgeries, the Apocrypha, etc., etc.,…in Newsweek no less!. And the reddit commenters provided our Young Atheist with much of the same info and access to a great deal more of it. Fuckin’ eh!
Information Kills Religion, and man is it getting out there!

4 thoughts on “Information Kills Religion: A reddit questioner and the answers he got.”