Lawrence Krauss at the American Humanist Association Meeting: May 7-10 2015, Denver Colorado.
Krauss’ talk begins at 46:30. The previous speech by Marci Hamilton is excellent as well, but this post is ALL about what Krauss proposes in his moving 30 minute presentation as entirely possible: the end of religion and sooner than anyone might have thought.

“Is it naive to believe that we can overcome centuries of religious intransigence in a single generation through education?”

Quoting Nelson Mandela who languished in prison from 1962 to 1989 and went from prison to the presidency of South Africa in less than a generation:
“It always seems impossible until it is done”

I’ve been singing this same tune for 10 years now and for nearly 2 years on this blog:
End religion now.
It is not the least bit crazy. Shoot for the moon and you get the stars…and sometimes the moon.
Religion is not needed, natural or necessary.

Religion as it is practiced today by 2/3’s of the world’s population is just a bad habit, a historical accident of civilization that can be dropped like other bad habits we have mostly outgrown at least in developed countries thru education: racism, witchcraft, routine torture, the divine right of kings, regular child beatings, gladiator competition, burning heretics at the stake, prophecy, astrology. Remnants of these practices linger, but on the fringe of modern society, driven underground or to the margins as empty mindless repetitions that no longer dominate our daily life and government.

Over 1/3 of the worlds population, that’s in the neighborhood of 2 BILLION people have dropped the bad habit already and become Irreligious.

Krauss ain’t crazy. It works, it is doable. We can live without it. Claiming humans can’t live without religion is religionist hype and nothing more.
Krauss cites the “question” of gay marriage rolling thru the US State legislatures as a done deal, it’s over despite the pleadings and pronouncements from older leaders, religious and political that it is the doom of mankind or some such shit. The game is over, gay marriage is here to stay and to young people his daughter’s age…it isn’t even an issue.

I’ve been seeing and promoting the same viewpoint for years now having watched my own students aged 18 – mid 20’s, even the hard-core Xian ones. All of them whether identifying with a religion or not, know gay people: friends, couples, acquaintances, celebrities, family members, and have no compulsion to limit their rights in any way, much less due to interpretations of the same old scripture that upholds genocide, rape, animal sacrifice and slavery; all verses in support of which have been completely ignored for some time now. Just add the homophobic “clobber passages” to the list. They are now being ignored as they should be.
As Krauss says “it is a done deal.” There is no counterargument to the illogic of picking and choosing what verses from the Bible modern culture should follow and which to ignore given their obvious status as primitive rules of ancient date from an ignorant and cruel era of human history and nothing more.

The religious youth of today do not practice their grandparents religion. They are utterly unconcerned with race, sexual orientation and religion itself as reasons to divide and discriminate against other people. The consciousness raising of the civil and gay rights movements have changed society dramatically, in much of the West at least in but a generation. This is not the 60’s anymore. And with the global and immediate transfer of information driven by the net and the relaxing of social restrictions to communication, that consciousness raising is spreading to all corners of the world.
So how crazy is it to imagine as Krauss does, the end of not just the fight over gay rights driven solely as function of religious thought, but the end of religion itself? 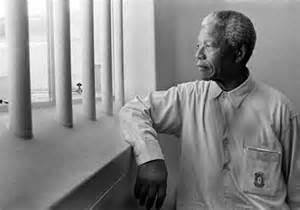 Is it any crazier than Mandela languishing away in prison to imagine he would be free and president of the very country in which he lay imprisoned under a life sentence, in less than 30 years? Absurd, ridiculous, improbable, impossible…but it happened. 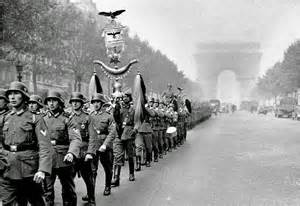 Imagine if you could have tapped on the shoulder of one of the French Resistance fighters in the bleakest of times in the midst of 1943, more than 3 years into the occupation of France by the Nazis, with citizens murdered daily with impunity by the occupying regime, the Allied invasion of D-Day barely past the proposal stage in what seemed an eternity of suffering that had no hope of an end…if you could have leaned in from the future and said:
“Don’t worry, France will be liberated in but another year and the Nazi’s defeated utterly, Don’t give up hope, Don’t give up the fight.”
It happened. 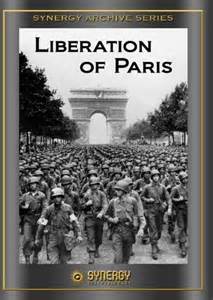 And if you could have leaned in to one of the 1960’s civil rights marchers, stuck in an Alabama jail after being hosed, beaten, put on by dogs, surrounded by white folk who would love to see them lynched… 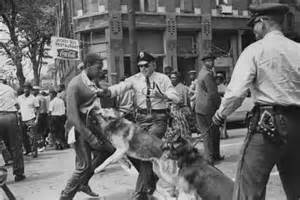 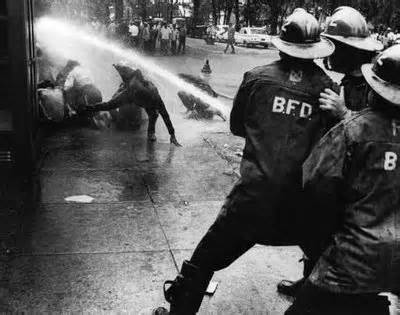 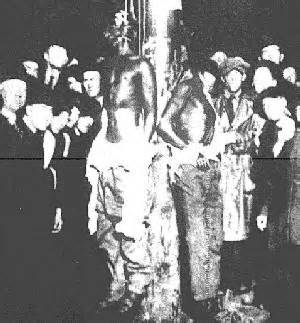 …if you could have said:
“Don’t give up, in another 45 years a black man will be president…”
These things have happened. In less than a generation, in a few short years, or a few decades of long seemingly interminable ones. They happened nonetheless. As Krauss notes things of this magnitude can happen, have happened in less than a generation. Complete cultural shifts of thinking thru education. So why not educate everyone to the evils of religion we too often let pass unchallenged in our modern culture? Like the absurd cruelty of homophobia that is being demolished worldwide, not just in the US or irreligious Northern Europe but even in uber-religious countries such as Ireland.

I hear all the time “It’s so impossible to convince a religious person, they will never change”, or “The direct attack on religion is so counterproductive, it just hardens the fundamentalists to be even more extreme”

In a word:
Bullshit.

Richard Dawkins website alone has over 2,000 testimonials listed in his Convert’s Corner. And that would represent just the tip of the iceberg. The vast majority of those who may have been helped along the path to skepticism by Dawkins’ and others writings probably did not take the time to write in to thank the “strident” and “militant” atheist as he is often described.
On the contrary, it works, it is working, it has worked, it does work, it will continue to work!
No-one is ever changed in one dramatic conversation. That fantasy only happens in the movies. But skepticism and secularism are on the rise precisely because the information is out there. The questioning of religion is everywhere. Education is the key. With even the most hard-core believers seeds of doubt are being planted every time their flimsy faith claims are confronted.

Consider also the spate of “deconversion” books published by once hard-core religionists, the very sort of fundamentalists people will despair never convert…

Bullshit, they do all the time.
Just not in one conversation nor the first contesting of their beliefs!!
Dan Barker, Bart Ehrman, John Loftus, Mike Aus, Jerry DeWitt, Seth Andrews: born again, hardcore for years, some preachers for a decade or two…ALL no longer Xians! From as fundamental, conservative, evangelical as it gets to full on non-believers, atheists.
The Upcoming Gateway to Reason Rally in St. Louis July 31-Aug 2nd features a list of “newer” deconverted Xians: Theresa McBain, Nathan Phelps, Vyckie Garrison (former Quiverfull, how much more hard-core Xiansanity can you get?), Sarah Morehead, Matt Dillahunty, Tracie Harris and Dave Smalley along with Dan Barker…former hard-core Xians ALL!

Of course confrontation of ideas works! You can be direct yet polite, forceful yet not ad hominem, pull no punches while still being respectful. Education is the key. It takes time and a lot of information to overcome years of indoctrination into the religious cocoon. It doesn’t happen over nite, but it does happen, regularly, to the moderates and yes just as often to the most hardcore.

So Krauss has a lot of valid reasons to imagine the unthinkable. And he is in good company: 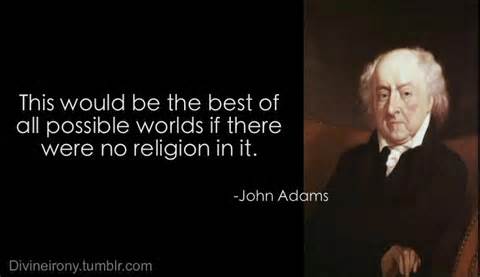 3 thoughts on “Krauss a la Lennon: Imagining No Religion”