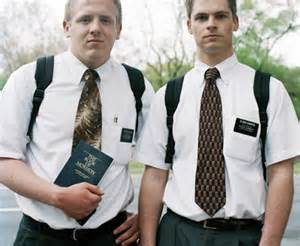 One of my colleagues is a regular at a local steak and potato grill, where despite the lack of a bar, they do serve alcohol along with dinner. How progressive for a college town in KY where up until 10 years ago it was completely dry and one couldn’t enjoy a glass of wine or a beer with dinner at an eating establishment. Only recently did this little bastion of Christian temperance, the likes of which one is not unlikely to still encounter down here south of the Ohio river, despite this being the 21st century, go from “moist” to “wet” in that one can finally buy package liquors in stores, and not just alcohol by the drink with food.
THAT took another ten years of lobbying by the faculty and the more progressive folks in town. So my colleague and her friends order their meal as usual:

“However, our meal had an unexpected twist. Our young male server was reluctant to serve me a glass of Chianti to go with my rare prime rib. The others did not order drinks.
When I first ordered the Chianti to go with the meal, he warned me that he was likely to “forget” my order. So I promised to remind him.
When he showed up to take our orders, he had prominently displayed, protruding from the order pad, the following: Ephesians 5.18. I had no idea of what he was up to, but one of my friends spotted the verse, presumably by Paul, as one probably against drink. So I googled with my iPhone and found the following: “And be not drunk with wine, wherein is excess; but be filled with the Spirit;”
We found this offensive in a secular restaurant, so I googled some other verses, such as “A little wine for thy stomach’s sake,” “Respect your elders,” “Judge that ye be not judged,” and another pro wine one. My friend scribbled down the names of the Biblical books, chapters, and verses and gave the napkin to him. As I was going into the restroom, I told one of the women in charge about this guy. She apologized and said that he already been warned about this and not to do it again. I hope that he gets his butt kicked hard for this.”

And the end of the story is the guy was fired shortly thereafter.

How’s that for an obnoxious case of moralizing? If you are of some religious sect and you don”t like alcohol (hard-core Xians and Muslims) or stimulants like caffeine (Mormons) or zippers (some Amish, Mennonites), or birth control (Catholic clergy, most Catholics worldwide in developed countries use BC regularly) Groovy! Goody for you! Don’t use those things. Abstain all you want. But dig this:
THE REST OF US DO NOT NEED NOR WANT YOUR MORALIZING. Live your life however “pure” your religion dictates…BUT LEAVE THE REST OF US ALONE.
Only religion, especially Evangelical Xiansanity™ and Islam teach people like this poor horribly bullshitted schmuck of a waiter that he oughta impose his retarded beliefs on others, to “save” them probably from “demon rum” or just to make sure they conform to how he was taught the world should work to please his god. 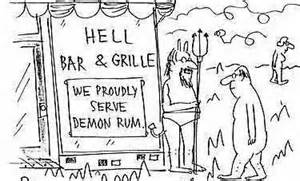 I feel sorry for him, for anyone losing their employment, but he’d been warned and made his choice. Somebody in this guy’s life is responsible for not only the bullshit he believes but the implanted “Arrogance of Religious Thought”™ that compelled him to not so slyly and obnoxiously impose his ideas on others and get himself fired. Preach on your own time. Or better yet, don’t preach at all.
Here’s another shining example of the “Arrogance of Religious Thought.”™

Remember, in his youth, Mitt was a good Mormon missionary like the two young squeeky clean fellas in the opening picture above roaming around the South of France trying to convince the locals not to use alcohol…
This sort of obnoxious ‘tude to push your view of morality on others, I contend is not natural. Children will not grow up to be Imams or fire and brimstone preachers or Popes or Mormon missionaries telling everyone how they MUST behave to conform to some god’s will. Or muddled headed waiters trying to save academics from the pleasures of Chianti with rare prime rib. Where my family hails from it’s almost an infamnia not to have a dry red with rare beef. Managgia, I can almost taste it!
So unless you brainwash someone like that poor schmuck waiter that proselytizing is a really keen idea they wont grow up to tell others how they ought to live their lives.
This is NOT natural: 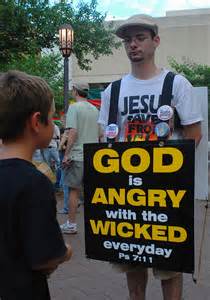 Moralizing: “Formulating universal principles and punishing those who don’t conform… maintain purity and remove contamination of a divine essence.”
This is pt. 1. There’s so much more.
We could outgrow this bad habit of thinking:
1. OUR RELIGION has it all figured out and
2. Therefore, you gotta live by our rules, however ridiculous or repressive. 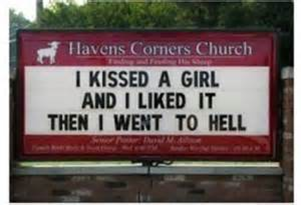