The recent PEW Research survey demonstrating the rise of the “Nones” has been discussed almost continuously since its release in May earlier this year. The US figures of 22% of the overall population identifying as non-religious and the even more striking estimate of 36% of those 18-24 having no religious affiliation are a reminder that secularism is growing and the US is catching up to other developed countries.

Nowadays estimates from Gallup in 2015 are that roughly 22% of the entire worlds current population of 7.3 billion are non-religious. That’s 1.6 billion people, the third largest group after the Xians at around 2 billion and the Muslims at about the same number. So secular growth is not at all confined to the US.

I want to make two points in this essay worth considering. One, that the number of religiously unaffiliated though growing and significant is most likely a gross underestimate given the difficulty of admitting one is non-religious to varying degrees in any religion and two: that this rise in secularism was wholly un-predicted and a very likely and equally unforeseen acceleration of this rise may be in the offing as well.

1. In considering the difficulty of coming out as a non-believer or even a questioner in most if not all faiths requires going against the thinking of family, friends, faith community and in some cases your surrounding community, even your entire country admitting you have left the fold is not a simple task. It is not an easy thing to do, even when free thinking is encouraged as with the noted Amish practice of Rumspringa wherein adolescents are encouraged to sample the experiences of the secular world before they are baptised and join their isolated and purposely archaic community for life as a willing informed adult. 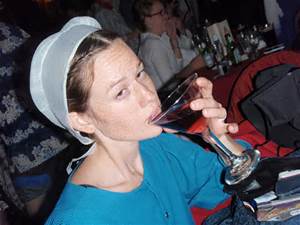 Most don’t leave. Humans are very much social animals and not conforming to what the others are doing or not obeying authorities demands or mere recommendations is very hard for most humans. The study of Social Psychology has systematically discovered a great deal about our herd-like kith and kin proclivities in the past 50 years of research or so.

Leaving family and friends and the only social milieu one has known is difficult in any culture, besides eschewing the pervasive admonitions to following ones own religion, the true faith, the right path; one that your entire family and community wholeheartedly practice and endorse. Of course most don’t leave. It is not all that “free” a choice. The costs are enormous.
More conservative religious groups, like some Xians, mainly the Conservative Evangelicals and practically all Muslim communities do not encourage, nor sanction any sort of leaving the fold. I’ve blogged before here on the varying penalties of leaving Islam. Despite such measures up to death for apostasy, non-belief continues to rise and dare show its face even in the most restrictive countries.
Consider this recent article about Atheism in Saudi Arabia where non-belief is banned and the penalty for apostasy is death.
Even there non-belief is growing. Hard to imagine, eh? 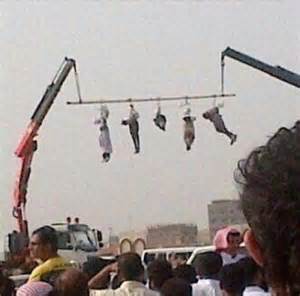 The penalty for apostasy is death.
Kinda brings new meaning to the phrase: “Don’t leave home without it.” Your faith that is. Don’t even think about it.

So one wonders how accurate the figure of 22% worldwide non-religious truly is. How many that yet identify with their religion of birth, family, and community have left it behind in their heads and for matters of conformity, convenience or threat of ostracization or violence, even death only claim to still be a Xian or Muslim or whatever.
If one were truly free to admit one does not believe in their given religion, how many more would come out?

Well, I’ll go out on a limb here and say double the figures we have. Not 22% but more like 40-50% of the worlds population have already left the flock in their minds.
I’d suspect up to half of those that identify with their birth religion know its mostly if not all bullshit but keep quiet for the above very powerful reasons. And that makes nearly half of the worlds population who wouldn’t be in a religion if they could freely without any penalty of any kind come out as non-believing and walk away from their faith.

Information Kills Religion and its working all over the world.

The signs are everywhere. The Saudi article, the call for reformation for Islam from a dozen or more ex-Muslims all over the world. The approval of gay marriage steamrolling thru the US. The sales of New Enlightenment atheism books of Dawkins, Hitchens, Harris and now so many others worldwide. The daily discussion and very real critique of religion across all forms of media, led by the internet. The ignoring of much of the dogma in any given religion, such as intolerance towards gays, Catholic prohibition of divorce and birth control ignored utterly by educated Catholic women worldwide, the growing unrest in Islamic countries over the stifling restrictions they live under and the sectarian terrorism they endure fomented by Islam taking its scriptures entirely too seriously.

For example, the hard-core Islamists of the Muslim Brotherhood got in power in Egypt and quickly got themselves thrown out by over 30 million people protesting in barely a year. 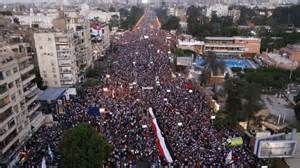 The military dictatorship that replaced them is ugly as well, but their rule is the clearly chosen lesser of the two evils.
Are people in Islamic countries getting sick of the Islamists more and more? We in the rest of the world just hear and read about their horrific behavior, all the Muslim citizens of those countries have their lives ruined by the constant sectarian violence: bombings, murders, beatings and the economic havoc those actions, theocratic rule and the science denial inherent in Islam have wrought.

Tourism is fucked all across the countries of Northern Africa. The recent Islamist attacks on foreigners vacationing in Tunisia, and a very recent one in Egypt again (just as their tourist industry had hopes of coming back) have destroyed tourism from Morroco to Lebanon. And few dare to visit Iran, Iraq, Afghanistan, Pakistan, Saudi Arabia. Until Islam moderates itself to the extent that the majority of its adherents do not give tacit acceptance to all the dictates of their scripture that the extremists carry out, it wont change.

How many if they could come out and dare utter abject blasphemy criticizing, even rejecting Islam, would?
There are now so many ex-Muslims speaking out and too many yet trapped within Islam, blogging, writing, daring to speak up and getting hacked to death, lashed, imprisoned or beheaded.
Imagine if those penalties disappeared tomorrow…how many more might speak up?
People aren’t stupid. I think a great many who dare not say so, know their religion is bullshit. 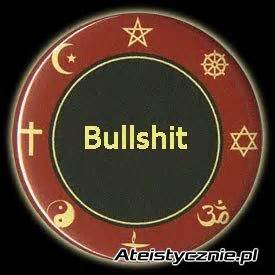 2. To my second point, a good friend and penpal of mine from Australia, whom I shall refer to hereafter as the “Sage from Down Under” (SFDU) noted that the PEW report in projecting the future growth of religious populations made the assumption that Muslims had only Muslim kids, Catholics raised only Catholics, once a Buddhist always a Buddhist, born a Hindu live and die a Hindu.
So believers have believer kids and secularists have secular kids. At least that’s the assumption the polls make when projecting into the future. One of these may be incorrect, even for Islamic populations.

So that little gem of perspective from the mighty SFDU got me to thinking and the subject of a later post might be on whatever data is out there (surely there must be some) regarding exactly how much are the religious youth dropping the faiths of their birth and how often do secular-raised kids (if ever?) gravitate later in life to a church or temple or mosque and become religious?
We know from the US figures that the 18-24 group is more non-religious than any other age group and that church attendance and religious participation are down, especially among the young. And the global polls show that trend is worldwide, it is not just in the US that secularism is growing. It’s happening even where you can get killed for it!

As the SFDU further noted regarding the secular growth trend in most of the developed countries:

You betcha. That is the trend.
What is harder to measure is the amount that secularism is growing mostly under the radar in the Islamic countries. The polls estimating future numbers of the religious and non-religious do not take into account that secularism is growing worldwide, and as I noted above, no-one predicted the current secular trend. The word “Nones” (no religious affiliation) only came into usage very recently by necessity, just in the past few years as a new demographic category, coined or at least popularized by PEW Research pollsters.

So to the second part of my second point.
Along with no-one predicting this recent rise in secularism:
What if secular growth not only continues, what if it accelerates? What if it speeds up, snowballs even? Nobody ever thinks of that.
What if more and more young leave faith behind? What if more and more adults come out as non-believers?

It is prolly true that the vast majority raised non-religious stay non-religious throughout their lifetimes. So “seculars breed mostly seculars” is a good assumption. But the opposite assumption that “once religious always religious” has been proven wrong: the religious are breeding a lot of eventually secular children nowadays as well.
We’ll see what data is out there on these new trends and report back later.

For now, WHO predicted 23 % Nones in the US overall or 36% non-religious in the US 18-24 yr olds? Who predicted the secularization of No. Europe… 10, 20, 50 years ago? Nobody. Who projected the secular trend to extend to the entire developed world or the calls for reformation in Islam, the daily re-evaluation of religion going on worldwide on the Net and all other media?
Nobody I know of. I don’t remember hearing about in the 70’s 80’s or 90’s. Maybe Ill find something if I dig hard enough, but I haven’t bumped into it yet.

Who ever said:
“Oh yeah, by the 2,000’s an anti-religion movement called the “New Enlightenment” will be in full swing with dozens of atheist books, thousand of grass roots meetup groups forming across the country, comedians by the dozen ripping on religion, hundreds of blogs and YouTube communicators critiquing religion will be a daily occurrence, and local, regional, and national meetings and conferences like American Atheists, Skepticon, Imagine No Religion, Reason Rally, etc., etc., will be regular draws in the hundreds, the thousands of attendees in the uber-religious US. Oh, and No. Europe will be overwhelmingly secular in a generation or two after WWII, and this trend will spread across much of the developed world by the late 2000’s as well!”

So I’ll go out on a really long limb this time. You heard it here first:

Secularism’s growth will accelerate. The amount of people worldwide declaring themselves to be non-believers and come out as having left their faith long ago and those a generation younger announcing they are just leaving their faith will continue at a faster pace than the completely un-predicted trend we see rumbling along before us today.
Give it another ten years. Give the New Enlightenment movement a second decade to punch more holes in the stranglehold religion yet has on modern culture.
Information Kills Religion.
Don’t doubt it.
You heard it here first:

The rejection of all things religious is not just going to continue, it gonna grow, maybe even snowball.

2 thoughts on “What If the Wholly Un-predicted Secular Rise Continues or Accelerates?”